ROAMC: Experts in risk reduction in the Americas agree upon a plan of action regarding disaster preparation 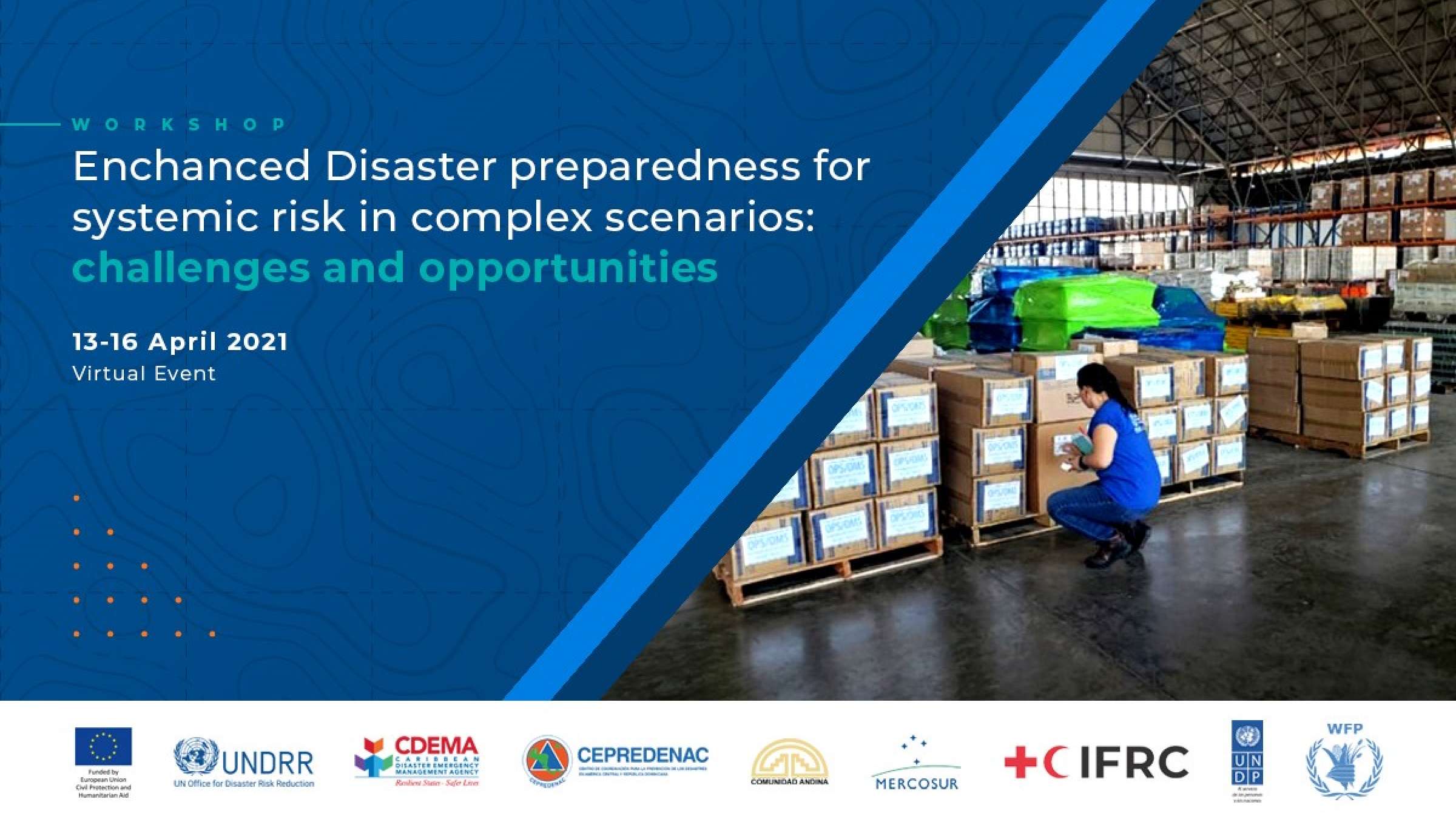 More than 300 people from Latin America and the Caribbean came together virtually to address the progress in disaster preparation in the region. The meeting took place within the framework of the workshop entitled “Enhanced Disaster preparedness for systemic risk in complex scenarios: challenges and opportunities”, between April 13th and 16th of 2021.

Disaster preparation is especially important in Latin America and the Caribbean, where one in four of the world’s disasters takes place and where almost 300 million people have been affected by them in the last 20 years. The aims for improving preparation and strengthening resilience were challenged by the COVID19 pandemic, which drastically increased vulnerabilities and food insecurity.

“This workshop was a chance to discuss and exchange experiences between intergovernmental organizations, national authorities tasked with handling disaster risk, donators and representatives from international aid organizations, and with multiple partners in Latin America and the Caribbean about how to continue to strengthen the capacity to prepare for disasters both nationally and regionally, with the aim of being able to face new contexts of systemic risk and complex emergencies”, claimed Raúl Salazar, chief of the United Nations Office for Disaster Risk Reduction - Regional Office for the Americas and the Caribbean.

This was a forum where challenges and facts about the preparation for disasters in the region could be shared and a space where how the issue could be promoted was dealt with, from themes such as volunteering and first response, participation from the private sector, the involvement of vulnerable communities, including people in situations of forced displacement, the reach of social protection and money transfers, the use of technology and data, coordination and logistics between the different players in the humanitarian response, and health. The main outcomes of the workshop, as well as previous successful initiatives regarding disaster preparation in the region, can be found on the DIPECHOLAC.net website.

“The context has changed in the last 10 years. We are affected by a growing number of complex crises”, stated Álvaro de Vicente, head of the Regional Office of the Civil Protection Department and European Union Humanitarian Operations (ECHO). “During this time, ECHO has also changed its focus, including preparation programs for human threats and focusing on preparations for the response, while strengthening the nexus so that resilience becomes part of development policies and programs. There are things that won't change in our work despite the new context: standardizing, disseminating, exchanging, and working together is all still key”, he added.

During the workshop sessions, participants assessed the impact of the actions financed by ECHO and other donators, whose work helps to prepare the response against emergencies.

Likewise, contributions and recommendations for promoting specific approaches within the context of the coronavirus pandemic and the complex emergencies that were generated as a result of this crisis were standardized. According to the participants, one of the lessons learned after the pandemic was the complex and intertwined nature of the systemic risk and the domino effect of disasters. This outlook made it clear that there was a need for multi-sectoral commitment regarding disaster preparation in order to be able to combat poverty, inequality, poorly planned human development, weak governance, climate change and other drivers of risk, as revealed by the Regional Assessment Report on Disaster Risk in Latin America and the Caribbean (RAR), published by UNDRR some weeks ago.

At the end of this four-day workshop, there was an exchange between local, regional, national, and international organizations to align the plans of action so as to provide a better and more efficient response to emergencies. The Sendai Framework for Disaster Risk Reduction (2015-2030) is clear about this intention in priority number 4 of its guiding principles, which proposes “enhancing disaster preparedness for effective response and to “Build Back Better” in recovery, rehabilitation and reconstruction”.

The learnings and experience during this workshop will act as input for the Regional Platform for Disaster Risk Reduction in the Americas and the Caribbean, focused on resilient economies, which will take place in the last quarter of this year.