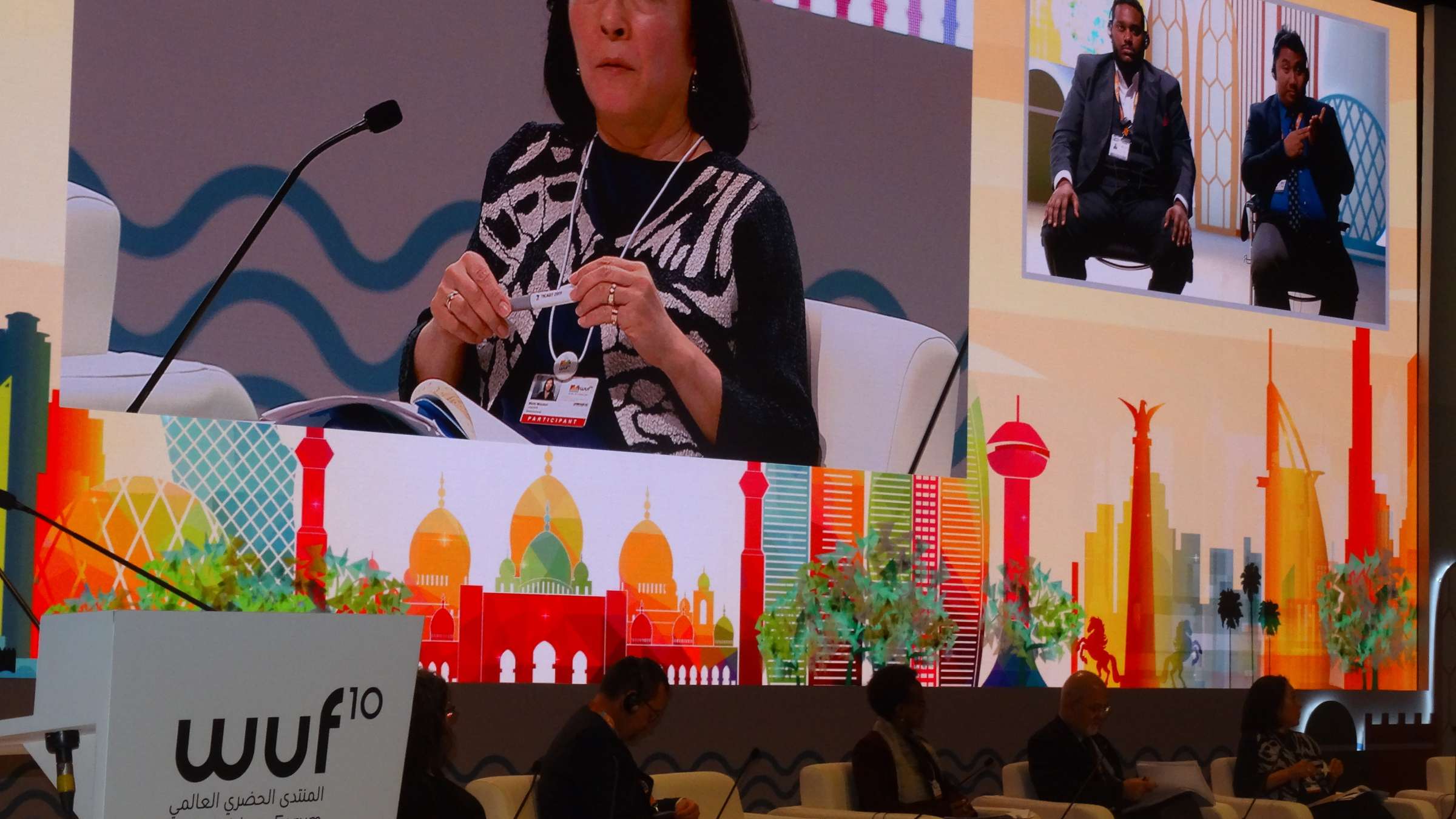 ABU DHABI, 10 February, 2020 - UNDRR chief, Mami Mizutori, today called on politicians to invest more in prevention as she outlined her vision for the successor to the Making Cities Resilient (MCR) Campaign at the World Urban Forum.

She also revealed that national governments will be asked to play a bigger role in the successor to the Making Cities Resilient Campaign, the so-called MCR2030 initiative which was discussed in public for the first time here yesterday.

At the same time, the UN Special Representative for Disaster Risk Reduction, called on all those interested in urban resilience to get involved in MCR2030.

However, preventing disasters could not be ignored in a world where millions of people are displaced and pushed into poverty every year by extreme weather events, she told today’s High Level Dialogue on UN Habitat’s New Urban Agenda.

“If we are clever enough to put climate projections into disaster risk profiles, we can do a much better job,” she commented.

Ms.Mizutori recalled that 4,300 cities had joined the MCR Campaign over the last ten years, including Abu Dhabi, the host city of the World Urban Forum.

“We are now in the creation of the next ten years of this campaign and it will have new features which will help implementation of disaster risk reduction at local level. We need more vertical links with national governments. It is not enough to just have cities and mayors engaged. National governments must be involved.”

Ms.Mizutori also commented on the need to strengthen institutional memory and peer learning. She lamented the fact that in some cases when there was a change of leadership in cities they  “forgot” that they were members.

The UNDRR chief also highlighted the lack of funding for cities and towns to engage in the work of building resilience to disasters.

She referenced a proposal to create a “marketplace” for greater access to funding and more engagement with the private sector, an initiative that is under discussion with the World Bank.

“This is all about the 2030 Agenda for Sustainable Development for achieving the SDGs. We are delighted that there is a very strong demand from the cities themselves to continue this campaign and we will continue to work with long term partners including ICLEI and UCLG,” she said.

She shared with the audience, the story of how Kisumua in Kenya, a city of one million people joined the MCR Campaign after the city manager Doris Ombara, went to Sendai in 2015 to participate in the World Conference which adopted the global plan to reduce disaster losses, the Sendai Framework for Disaster Risk Reduction.

“Kisumu became a member of the Making Cities Resilient Campaign, and when I visited Kisumu last year, Doris told me that when she first took on the job, she felt overwhelmed by the number of fires and floods the city was exposed to but she managed to make great progress since then.

“Last Christmas about 10,000 people were displaced but Doris pointed out that 50,000 people would have had to leave their homes if they had not put in place an early warning system and expanded the system of drainage canals.

“These are the practical actions that take place at the local level to build resilience to disasters. We are moving now from a focus on advocacy to implementation. “