Resilience in focus at COP21 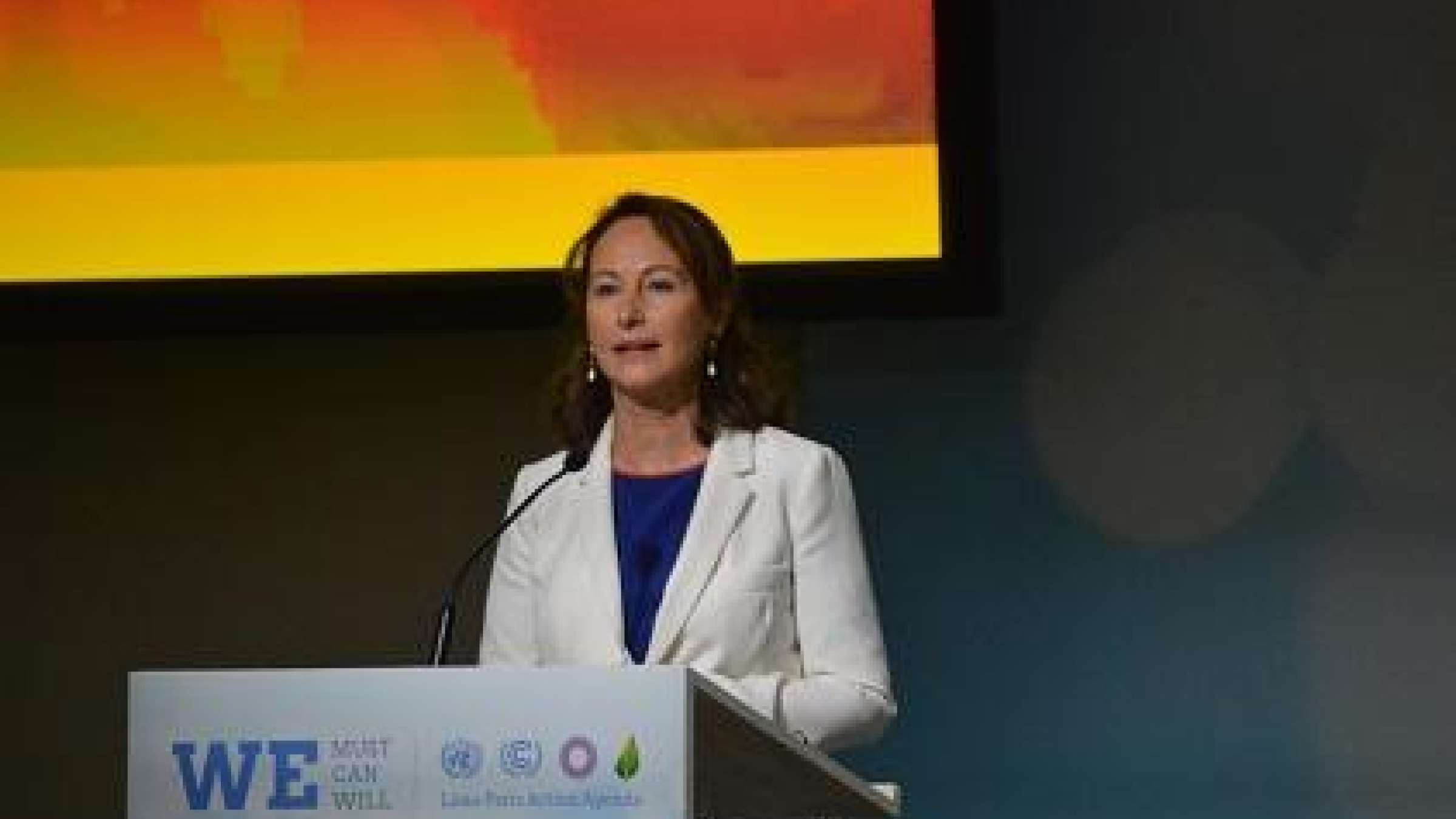 PARIS, 3 December 2015 – Delegates at the COP21 global climate summit have thrown the spotlight on resilience, a central issue in international efforts to reduce the risk of disasters and face up to growing environmental challenges.

“Resilience was invented by psychologists and was defined as an individual's ability to properly adapt to stress and adversity. Stress and adversity can come from family or relationship problems, health problems, or workplace and financial worries, among others and it is no wonder why we use it now for climate change, as millions of people suffer every year from the negative impacts of floods, storms and cyclones,” she said.

“This is the first time that such human dimension is integrated in an international climate conference and it is our moral responsibility to find the solutions to stop the suffering of millions of people who are affected by climate change,” she added.

The theme of resilience is at the core of the Lima to Paris Action Agenda (LPAA), launched in 2014 the previous climate change conference in Peru with the aim of strengthening climate action beyond COP21.

A daylong resilience event on Wednesday brought together a host of high-level participants from a range of fields, including governments, the UN, researchers, the private sector and civil society to present solutions and announce individual and cooperative commitments to tackle climate change impacts.

A report issued last week by UNISDR and the Belgian-based Centre for Research on the Epidemiology of Disasters (CRED), “The Human Cost of Weather Related Disasters”, shows that over the last twenty years, 90% of major disasters have been caused by 6,457 recorded floods, storms, heatwaves, droughts and other weather-related events.

The report also demonstrated that since the COP1 climate summit in 1995, 606,000 lives have been lost and 4.1 billion people have been injured, left homeless or in need of emergency assistance as a result of weather-related disasters.

Current trends indicate that extreme weather is increasing in frequency and intensity as the climate changes, increasing the pressure on people around the world.

COP21 caps a year of international meetings with an interlocking sustainability agenda.

The first was in March, yielding the Sendai Framework for Disaster Risk Reduction, a 15-year agreement that seeks to curb the impact of natural and man-made hazards and thereby reduce disaster-related deaths, the number of people affected, and economic damage. After an international agreement on development financing in July, governments in September adopted the Sustainable Development Goals, which have the same timeline as the Sendai Framework.

“The year 2015 has been an extraordinary one for new instruments, new vision, new actions with resilience at the core of the solutions for a safer planet,” said Ms. Margareta Wahlström, Head of the UN Office for Disaster Risk Reduction.

“We have heard today what can be achieved through multi-stakeholder approaches partnering with the private sector, science and the civil society. Change is already happening and there are already many good examples of how individual and collaborative leadership can accelerate transformation and increase engagement over time,” she told participants.

“Resilience is centered on a culture of inclusiveness, cooperation, accountability and prevention” she concluded. The Sendai Framework, the Sustainable Development Goals and the new climate agreement are three instruments that enable us to pursue integrated approaches that draw from diverse disciplines and fields. We have all the instruments to succeed and to meet the 2030 goals,” she added.

The LPAA announced a number of initiatives and current projects to bolster resilience and better protect those most vulnerable to climate change.

The US$80 million Climate Risk and Early Warning Systems (CREWS) initiative launched this week by France and other donor countries will equip more than 80 developing countries by 2020.

The European Commission announced a contribution of 125 million euros to help communities cope with what it expected to be the strongest El Niño on record, while the UN’s Food and Agriculture Organization is to roll out new initiatives to assist affected farmers.

The UN also unveiled the “Anticipate, Absorb, Reshape” (A2R) initiative, which will give more social protection to vulnerable people and assist countries to better anticipate hazards, absorb shocks such as extreme weather, and reshape their development to reduce climate risks.