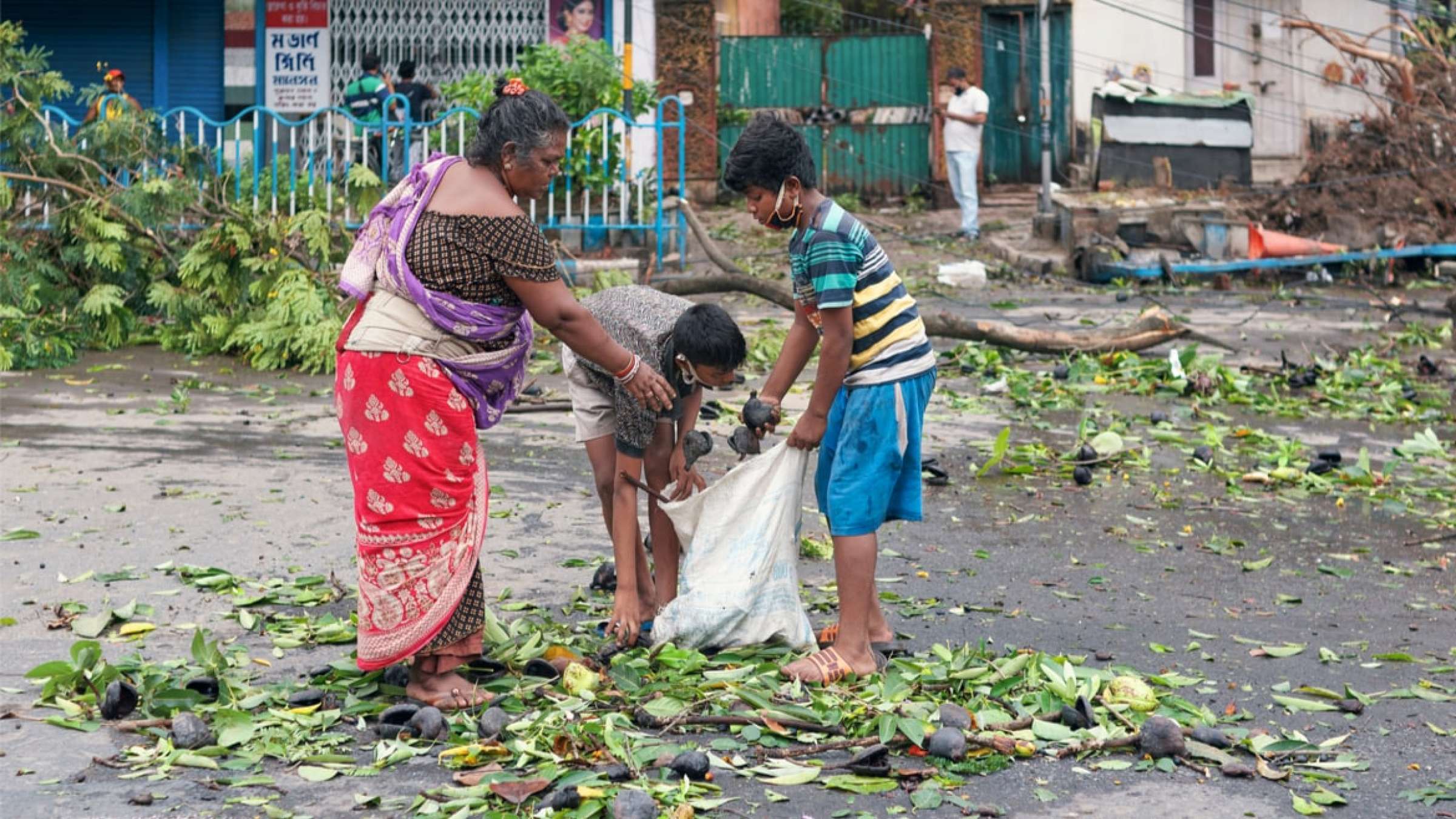 Mami Mizutori is the special representative of the UN secretary-general for disaster risk reduction and head of UN Disaster Risk Reduction (UNDRR).

For a growing number of populations around the world, facing a future of more frequent and extreme disasters will only be possible if more funding is channelled towards adaptation and disaster risk reduction, writes Mami Mizutori.

Mami Mizutori is the special representative of the UN secretary-general for disaster risk reduction and head of UN Disaster Risk Reduction (UNDRR).

It may be the single biggest crisis facing humanity today but climate change is no one-off event or linear process impacting the whole world equally at once.

Instead, climate change is playing out as a series of humanitarian and ecological disasters, often concentrated in the regions already vulnerable to shocks and stresses.

Given the IPCC’s warning that a global temperature rise of 1.5C is virtually inevitable, net zero strategies alone will not prevent the next climate disaster nor minimise its impact.

For a growing number of populations around the world, facing a future of more frequent and extreme disasters will only be possible if more funding is channelled towards adaptation and disaster risk reduction.

So, with all eyes on the climate finance commitments made by the EU and the rest of the G20 at the COP26 climate talks, it is essential that half of the $100 billion pledge must be invested in adaptation, and disaster prevention and risk reduction should be its integral part.

Africa, parts of Latin America, and Pacific and Caribbean island states, for instance, are disproportionately exposed to climate risk, with Puerto Rico, Myanmar and Haiti as the three countries most affected by extreme weather events in the last two decades.

Yet many of these countries also have severe gaps in the kinds of weather and hydrological observing networks that can help anticipate a climate-related disaster and enable pre-emptive action such as evacuating affected areas.

Dedicated finance for adaptation could support the development of multi-hazard early warning systems, helping to anticipate disasters before they strike and preventing the loss and damage that leads to 26 million people being pushed into poverty every year.

The real cost of disasters to the global economy was estimated to amount to $520 billion annually before the COVID-19 pandemic, yet every $1 invested in improving the resilience of critical infrastructure could save up to $4 in reconstruction.

Investing in resilience and adaptation can also reduce the secondary consequences of disasters, such as the growing burden of climate migration.

Three times as many people were displaced by storms and flooding than by violence and conflict last year, and yet only a tenth of international aid was made available to respond to and prevent disasters.

Moreover, a very small amount of ODA is invested in protecting development from the impact of disasters before they strike, putting in jeopardy the very efforts being made to foster greater resilience overseas.

And as the pandemic recovery places enormous costs and burdens on economies worldwide but especially in climate vulnerable countries, the need for investment into disaster prevention has only become more acute.

Risk is affecting everyone, in every region of the globe. Many countries have faced the double impact of COVID-19 alongside a climate-related disaster, including Croatia, where several earthquakes struck as the pandemic unfolded, giving rise to concerns that the virus could spread within shelters.

The linkages between human and planetary health and wellbeing are inextricable; disaster prevention can have multiplier benefits, just as climate change can pose multiplier threats.

The conversation – and the urgency – does not end with COP26. As government officials of Europe and Central Asia’s 55 countries prepare to gather in Portugal for the European Forum for Disaster Risk Reduction, they must keep front and centre the shared threats facing the global community.

Together, we must mobilise both the responsibility and the resources that the region has to address them.

Investment in prevention saves lives and we need to start investing now.