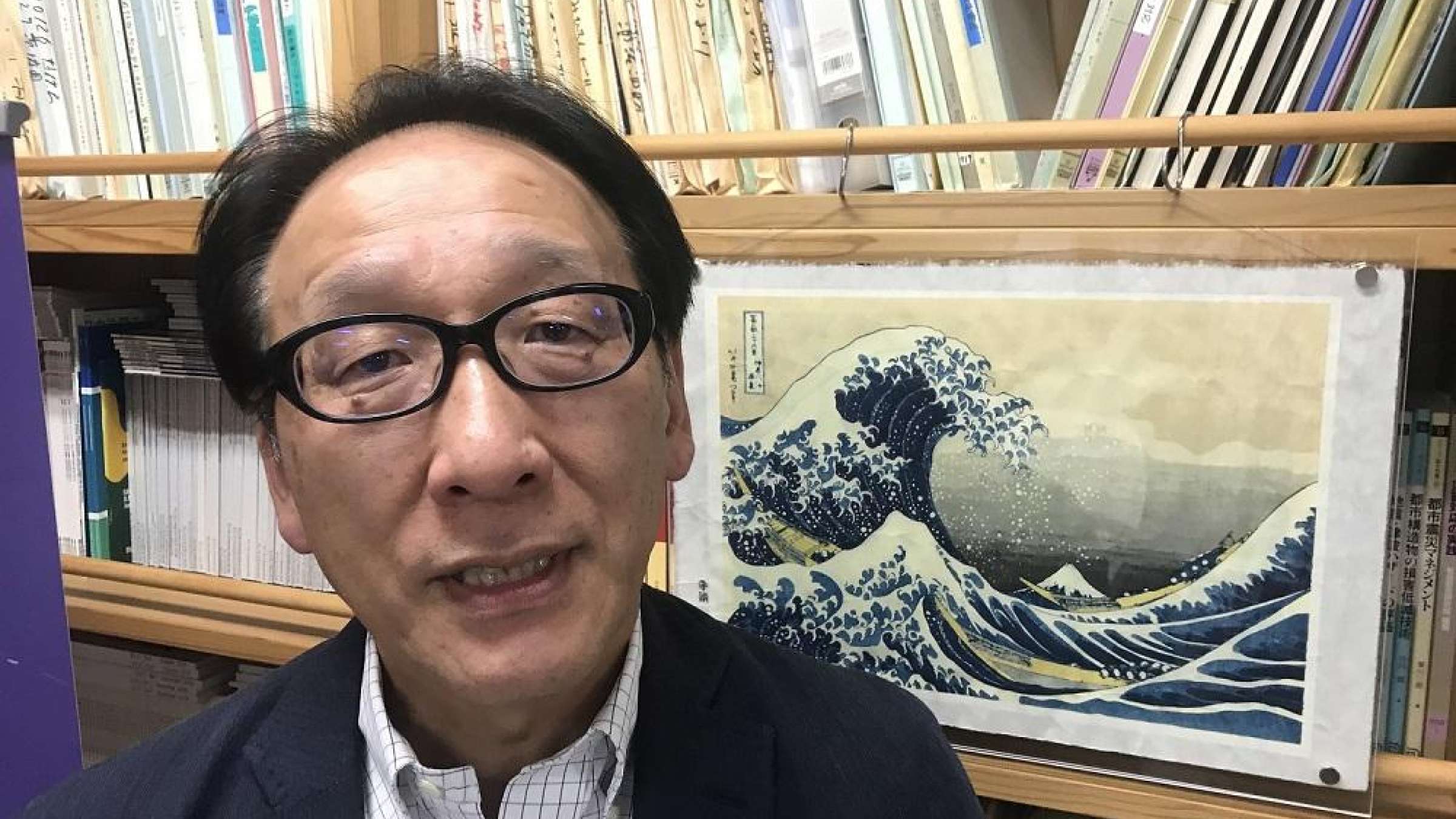 SENDAI, 4 November, 2019 - This World Tsunami Awareness Day, November 5, is an opportunity to raise awareness of the huge health risk that so-called “black tsunamis” pose to survivors who swallow their toxic waters.

Tsunami waves on coastlines affected by industrial pollution can be both both highly toxic and much more destructive due to their increased density and viscosity, according to Fumihiko Imamura, Professor of Tsunami Engineering at Tohoku University where he is also Director of the International Research Institute of Disaster Science (IRIDeS).

Eight years after the magnitude 9.1 Great East Japan Earthquake and Tsunami killed over 15,000 people on March 11, 2011, researchers have examined a sample of the water collected in a sake bottle by a survivor in the devastated city of Kesennuma, Miyagi Prefecture.

The popular image of tsunami waves is that they are clear, salt water but it was evident from TV footage at the time that was not the case with the 2011 earthquake and it was only earlier this year that researchers managed to analyze a sample of the water collected when the tsunami struck.

Prof. Imamura explained: “Normal tsunamis only contain the salt water but that is not the case with a black tsunami. When this sample was examined by Professor Taro Arikawa, a specialist in hydraulics and coastal engineering at Chuo University, it was found to contain a lot of mud, sand and pollutants including lead and mercury which is dangerous to the health of those who swallow it when they struggle to escape the waves.”

He said the analysis explains why many doctors reported lung problems and illnesses such as pneumonia among survivors.

“The higher density and viscosity of this kind of water also makes the front of the tsunami bigger and higher and more turbulent. It is estimated to be three to five times more destructive than a normal tsunami,” he said.

Pollution of the oceans - including the discharge of raw sewage - along heavily industrialized coastlines has added a new dimension to tsunami risk.

“This is a very important lesson learned that when a tsunami attacks an industrial area it will result in a black tsunami,” he said.

The discovery of the preserved sample of water was made when Mr. Katsuro Ueda, a tsunami survivor from Kesennuma city was interviewed by NHK, the Japanese TV network, which then handed the bottle over for expert analysis.

Large parts of Kesennuma were destroyed by the 2011 tsunami and the city lost 2,000 people. The town’s fishing fleet caught fire and burned for four days from spilled fuel.

An ancient tsunami stone in the city reads: “Always be prepared for unexpected tsunamis. Choose life over your possessions and valuables.”