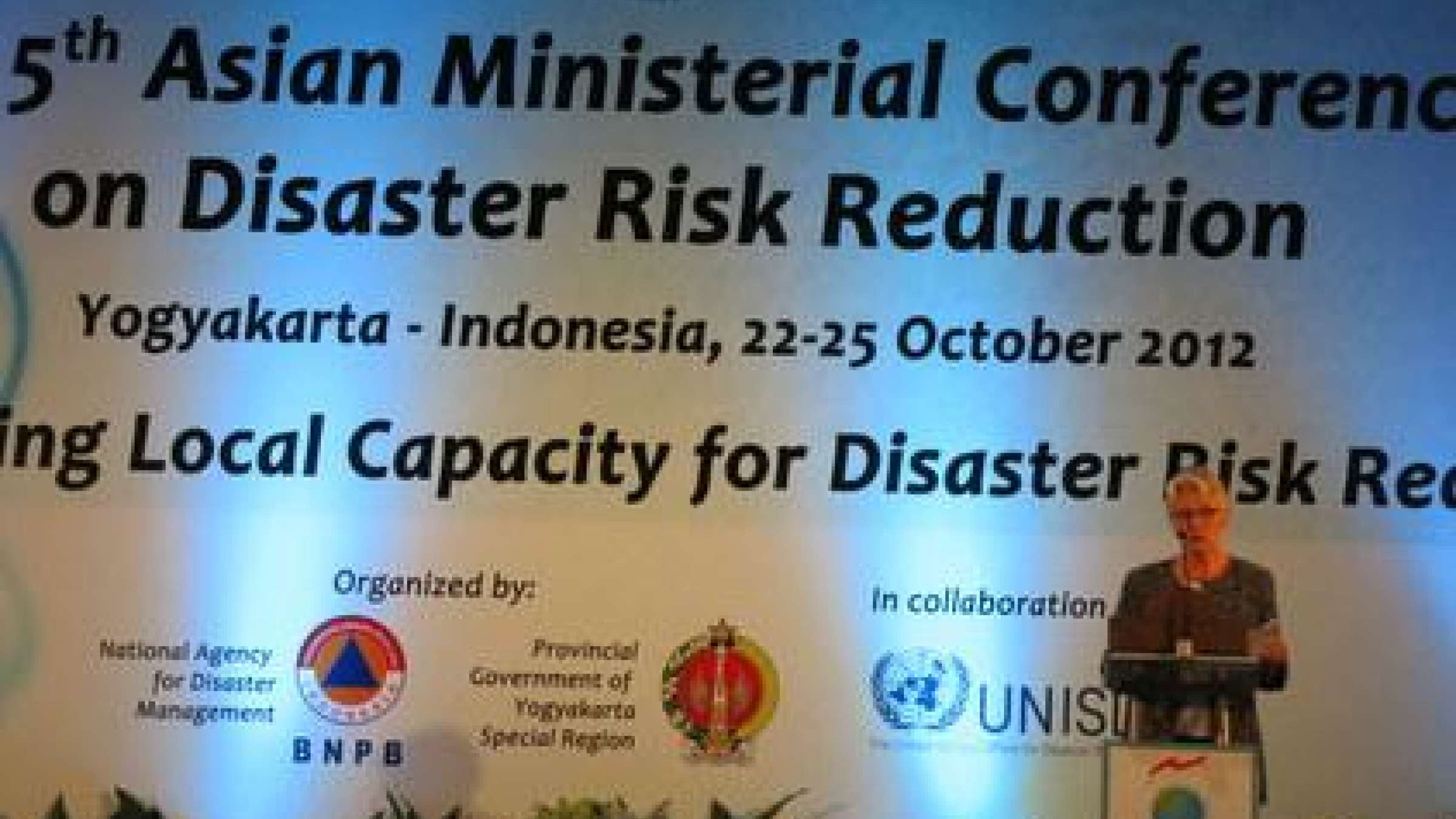 YOGYAKARTA, 25 October 2012 - High-level delegations from 50 countries across Asia and the Pacific -- the most disaster-prone region in the world -- today united around a call for an international agreement on disaster risk reduction to follow on from the Hyogo Framework for Action* in 2015.

Ms. Wahlström said: "This Conference has been a major breakthrough in ensuring that building disaster resilience and reducing risk are embedded into the post-2015 development agenda. The world has always looked to Asia for leadership in disaster management and the Yogyakarta Declaration outlines clearly what the region's expectations are for a new international agreement on disaster risk reduction.

"The tone for the week was set by President Yudhoyono of Indonesia when he voiced his fears that disasters could push millions of people back into poverty unless we take preventive action now to tackle the rapid growth in exposure of people and industry to floods, earthquakes and other natural hazards. Climate change is accelerating the frequency of extreme weather events."

The 5th Asian Ministerial Conference on Disaster Risk Reduction, organized by UNISDR in collaboration with the Indonesian National Disaster Management Agency (BNPB) closes today and was attended by 2,600 participants including delegations from 72 countries. Representation included two Heads of State and 25 government ministers.

The Conference outcome was unanimously agreed today at a full-plenary session. Key elements of the Final Declaration include: identification of accountability measures for effective implementation of a post-2015 Disaster Risk Reduction Framework; political commitment to deliver at all levels; awareness, education and public access to information; improved governance; the promotion of resilient investments; and the allocation of resources to build local capacity. Conference participants also resolved to hold consultations which will contribute to the development of a post-2015 framework agreement on disaster risk reduction.

There was also strong participation in the Conference from the Association of South-East Asian Nations (ASEAN), the South Asian Association for Regional Cooperation (SAARC), and the Applied Geoscience and Technology Division (SOPAC) of the Secretariat of the Pacific Community.

*The Hyogo Framework for Action (2005-2010): Building the Resilience of Nations and Communities to Disasters was agreed by all UN Member States in 2005 following the Asian Tsunami. 133 Governments are actively reporting on its implementation.