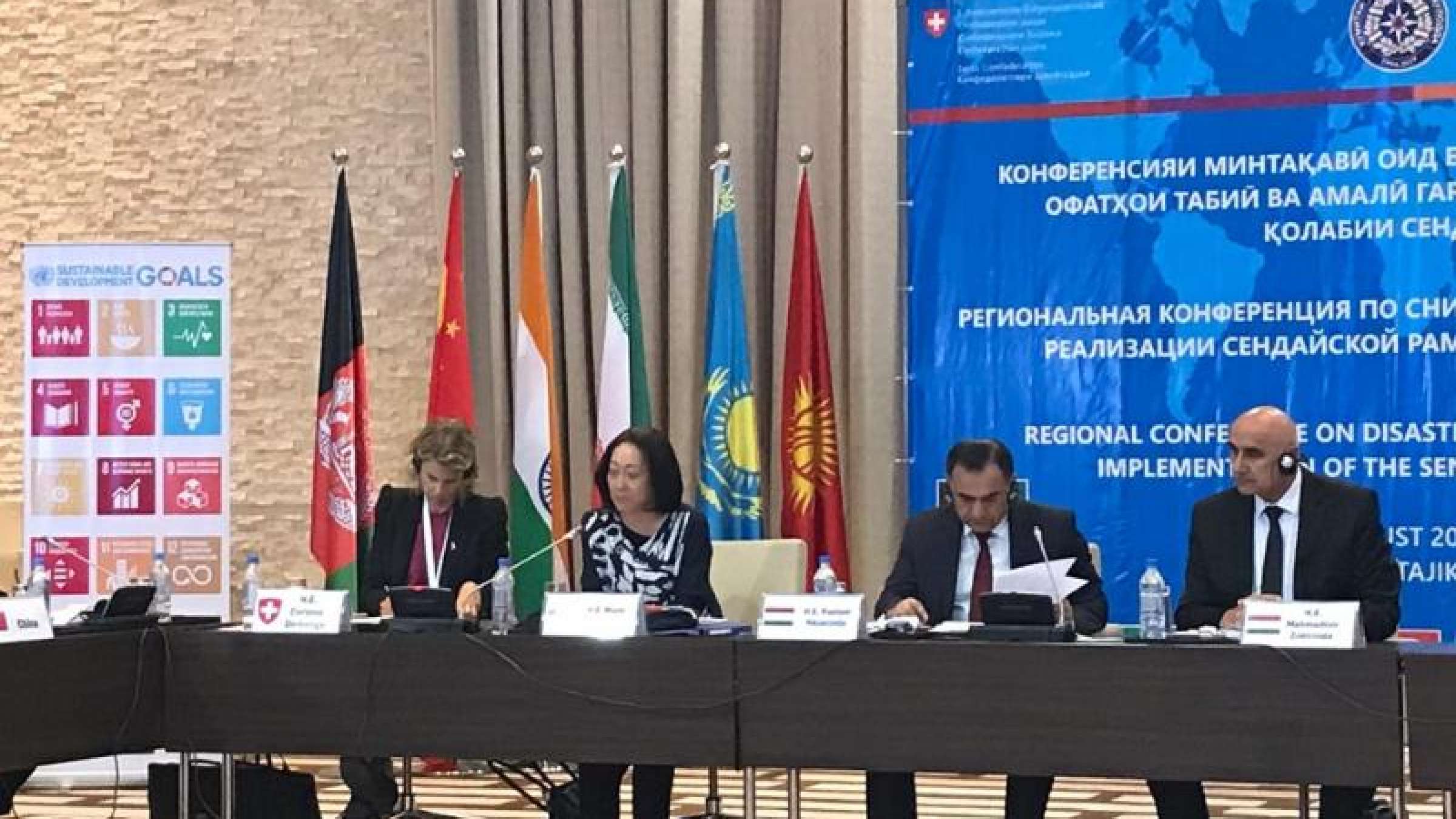 Funded by the European Commission, the three-year project will allow UNDRR to engage more closely with the Central Asian governments of Kazakhstan, Kyrgyzstan, Tajikistan, Turkmenistan and Uzbekistan, and their respective capitals Nursultan, Bishkek, Dushanbe, Ashgabat and Tashkent.

She noted that in Central Asia over the past three decades, disasters due to natural hazards affected over 10 million people and caused a loss of almost $2.5 billion.

The project will include the development of national DRR strategies and disaster loss accounting systems in compliance with a key target of the Sendai Framework. This will help guide future investments in disaster risk reduction by providing more precise information on a country’s risk profile and where disaster losses are occurring.

At local government level it will allow the use of the Disaster Resilience Scorecard which meets ISO standards and allows the development of local disaster risk reduction strategies aligned with the Sendai Framework targets for reducing mortality, numbers of people disaster affected, economic losses and critical infrastructure.

The focus of today’s Conference was on accelerating implementation of the Sendai Framework across the world’s most disaster prone region.

Ms. Mizutori said: “The world looks to the UN member States present here today for this kind of leadership in reducing disaster risk because they are on the front line of extreme weather events, and also prone to other risks such as earthquakes and landslides on a scale that is unmatched by any other region.

“This level of exposure exacerbates the additional risk of “Natech” accidents, where natural hazards impact on key installations causing fires or release of toxic materials.”