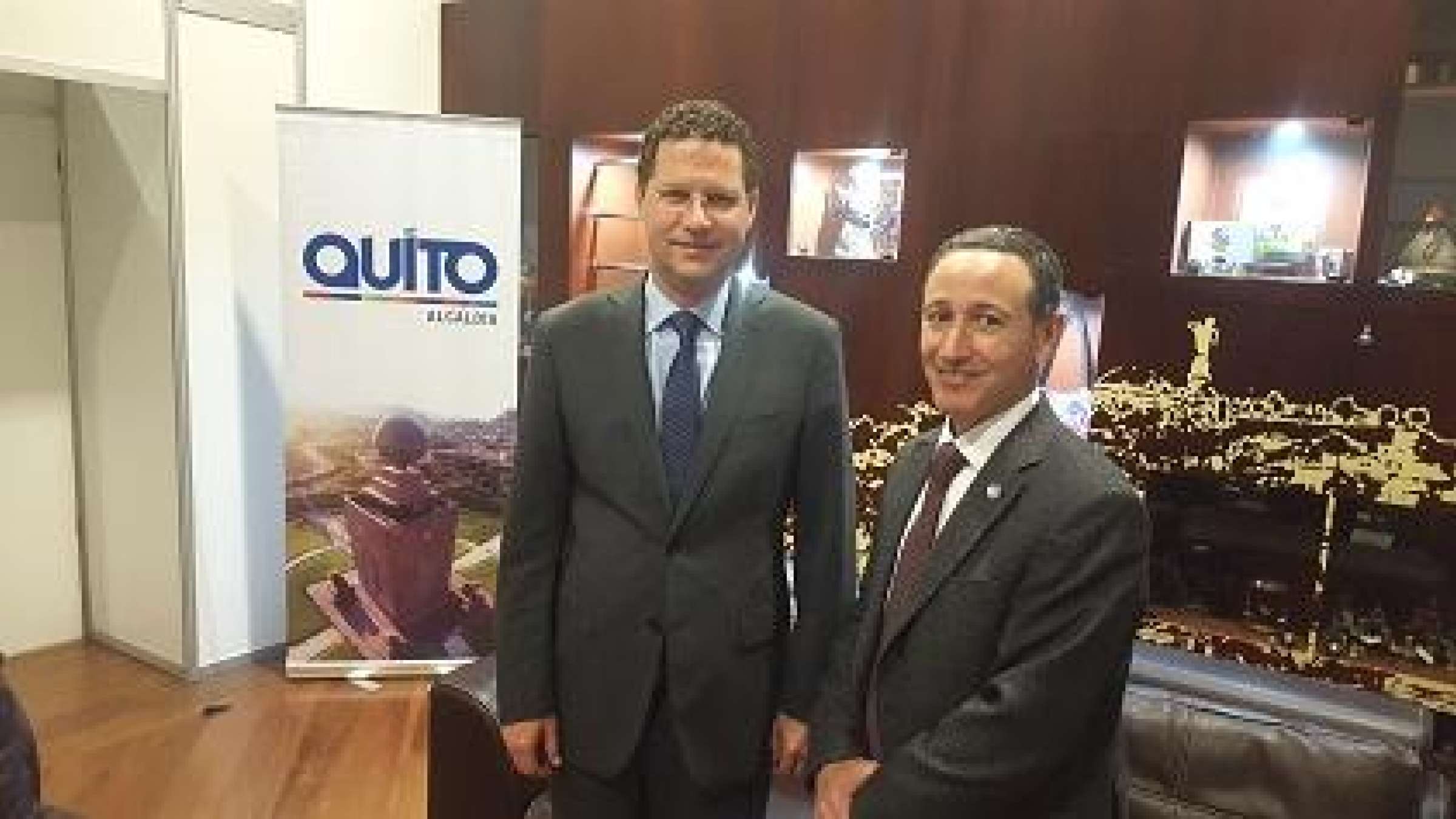 The Mayor of Quito, Mr. Mauricio Rodas (left) with head of UNISDR, Robert Glasser. The Mayor highlighted the need for transfer of resources to the local level if the New Urban Agenda is to be implemented.

QUITO, 24 October 2016 - The UN Secretary General's Special Representative for Disaster Risk Reduction, Robert Glasser, has welcomed the adoption of the Habitat III New Urban Agenda as “a significant contribution to focussing attention on the risks of rapid urbanisation and the importance of taking concrete measures to build cities in a way that reduces exposure to disasters and improves the quality of life for urban dwellers.”

The New Urban Agenda is the 20-year global blueprint adopted by United Nations Conference on Housing and Sustainable Urban Development or Habitat III, which closed in Quito, Ecuador, on October 20.

Among other components, it calls for exploring and developing feasible solutions for climate and disaster risks in cities and human settlements.

Today 54% of the world’s population lives in urban areas and that proportion is expected to increase to 66% by 2050. Held every 20 years this was the first Habitat Conference to be convened since the 50% milestone was passed.

Mr. Glasser said: “The New Urban Agenda is a very important element of the 2030 Sustainable Development Agenda which commenced with the adoption of the Sendai Framework for Disaster Risk Reduction in March 2015.

“UNISDR recognised the importance of managing urban areas as one of the great challenges of the 21st century when it launched the Making Cities Resilient Campaign in 2009 with a focus on building urban resilience and strengthening local governance. Success in building sustainable cities will greatly help reduce disaster losses in the future.”

The New Urban Agenda envisions an urban paradigm shift in which cities and human settlements must be for everyone. This means equal rights, the right to adequate housing and fundamental freedoms, along with functional social and civic systems, with participatory access. Gender equality, accessible urban mobility for all, disaster management and resilience, and sustainable consumption are envisaged.

Long-term, integrated urban planning and design, and sustainable financing frameworks and the cooperation of all levels of government, with the participation of civil society and stakeholders, are some of the key components of the New Urban Agenda.

Mr. Glasser said: “The implementation of New Urban Agenda will support the achievement of the Sustainable Development Goals and the Sendai Framework targets on reducing disaster losses. Cities and towns have a crucial role to play in increasing the number of countries with national and local plans for disaster risk reduction by 2020.”