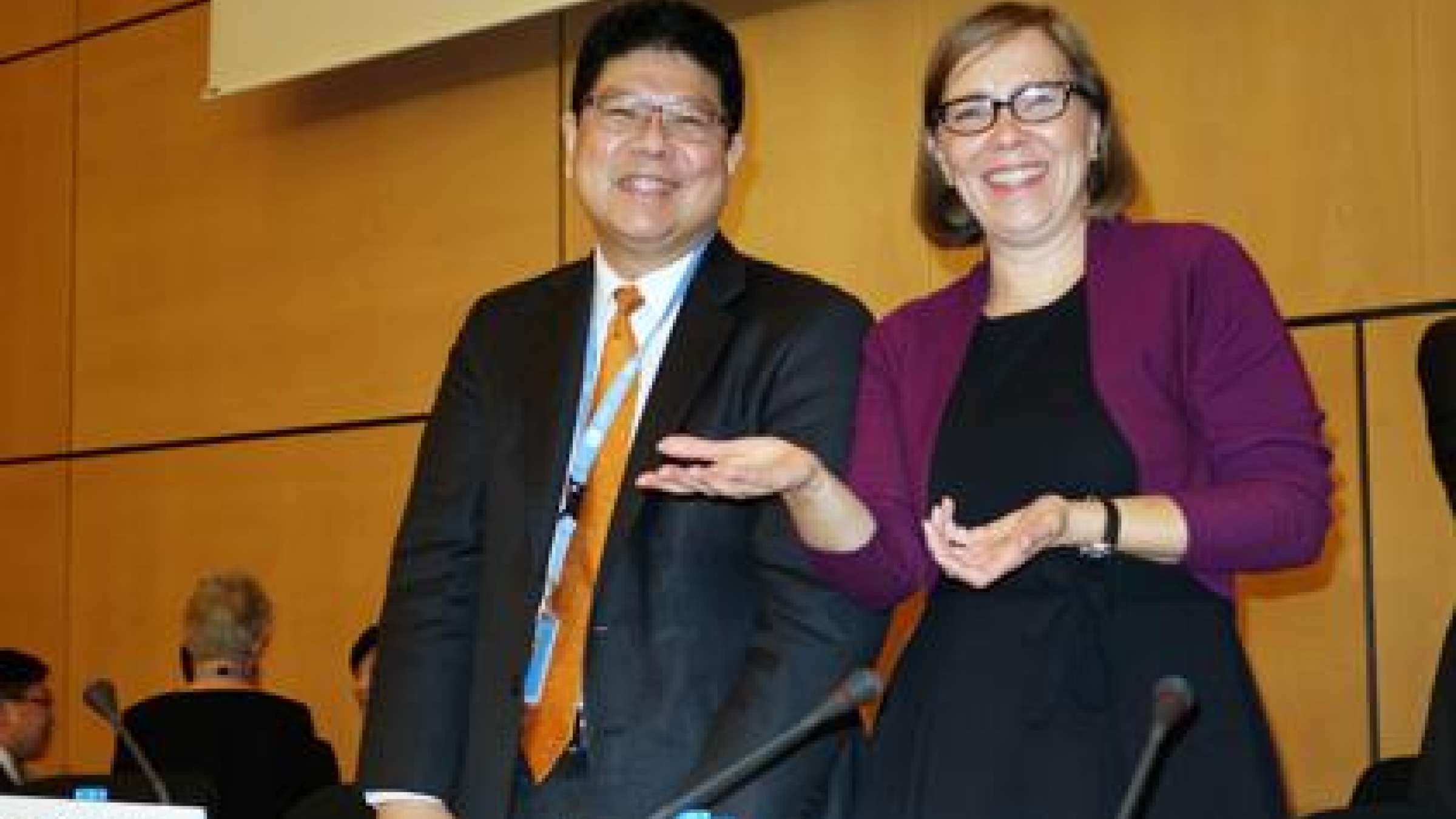 GENEVA, 19 November 2014 - Work is to continue on the negotiation of the post-2015 framework for disaster risk reduction following two days of debate and discussion at the 2nd Preparatory Committee (PrepCom) for the Third UN World Conference on Disaster Risk Reduction which concluded in Geneva yesterday evening.

Negotiations will continue through December and January to have a new draft ready for consideration at the 3rd Prepcom scheduled for March prior to the World Conference which run from March 14-18.

Over 1,400 people participated in the PrepCom representing over 130 governments, over 20 Inter-Governmental Organizations, 21 UN entities and a wide range of NGO, local government, private sector, science and civil society representatives.

Prepcom Co-Chair, Ambassador Päivi Kairamo of Finland, thanked all those who participated in the negotiations which went on late into the night and said open-ended negotiations would continue throughout December and January with the aim of having a second draft produced by January 21, 2015.

Co-Chair Ambassador Thani Thongphakdi of Thailand, said; “I take this opportunity to thank all who have contributed to the success of this Prep Com. This includes the experts who have come from the capital. It also includes observers from IGOs and major groups who have come in very large numbers to advise us, and guide us. I believe I speak for all of us in saying that their presence has been very helpful in moving us forward – we are grateful to you.

“On behalf of my Co-Chair and myself, I look forward to seeing you again in a few weeks time from now, to produce a text that meets all our expectations.”

In her closing remarks, the head of UNISDR, Margareta Wahlström, thanked the co-Chairs for their leadership and extended her compliments to “all the members of the Bureau and all participants to this PrepCom for your hard work over these past two days. Many of you stayed in room 19 yesterday past midnight to negotiate the text. This is a reflection of the importance you give to the post-2015 framework.”

Ms. Wahlström also expressed her sincere thanks to Switzerland for sponsoring this PrepCom and for their continued support to the agenda of disaster risk reduction, and to our coming host country of the World Conference, Japan.”

She said she was particularly pleased that actions were taken to make the PrepCom accessible and inclusive for persons with disabilities and that this would also be the case at the World Conference itself thanks to an agreement with the Nippon Foundation which will ensure real-time captioning, and sign language interpretation for various sessions of the conference. Key background and outcome documents will be provided in accessible format.

“Negotiations have progressed but we still have a lot of work ahead of us, we need to continue to work hard and with good will to come to an agreed post-2015 framework for disaster risk reduction and to ensure an effective World Conference for Disaster Risk Reduction.”

Pilar Cornejo, Minister and Head of the National Secretariat for Risk Management of Ecuador, provided an update on the first technical workshop on indicators, monitoring and the review process for the post-2015 framework. She said that participants recommended analytical metrics, realistic baselines, and disaggregated data. There was a strong agreement to keep the proposed targets simple while capturing key information.

Toni Frisch, Ambassador and Senior Advisor of Switzerland and Member of Bureau for Preparation of the Third United Nations World Conference on Disaster Risk Reduction, summarized the deliberations of the second technical workshop on the integration of disaster risks in financial regulation. He said that participants had explored the creation of an informal working modality for advancing collaboration between different stakeholders, and had highlighted options for accountability of financial institutions to the post-2015 disaster risk reduction framework.

Ito Yukimoto, Vice Mayor of Sendai City, extended a warm welcome to all participants to visit the city next March for the World Conference which will take place in 114 days.