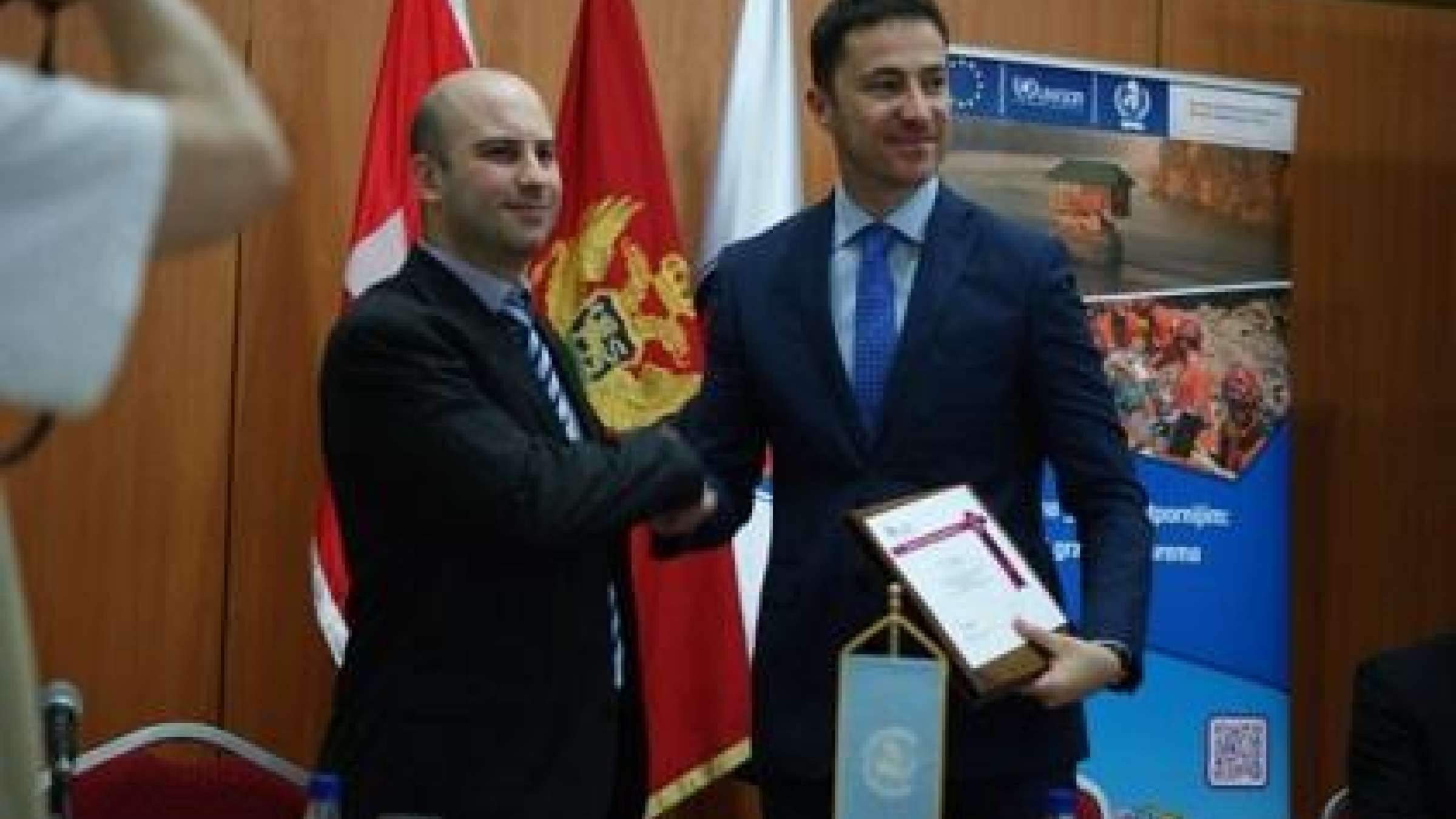 BRUSSELS, 13 June 2014 – This week, the city of Cetinje (population: 16,800) became the first city in the Balkan state of Montenegro to join UNISDR's Making Cities Resilient Campaign.

“Reducing disaster risk and adapting to climate change is crucial for the sustainable future of our city and community” said Cetinje Mayor Alexander Bogdanovic, at a signing ceremony.

UNISDR representative, Demetrio Innocenti, stated: "Cetinje’s beauty and cultural heritage are priceless and constitute a major economic opportunity given the potential of its tourism industry. It is economically, socially and culturally vital to ensure a disaster and climate resilient future for Cetinje".

Cetinje, also known as the Old Royal Capital of Montenegro, has an important cultural heritage to protect from the risks of natural hazards. Just like all of Montenegro, Cetinje, is prone to earthquakes, which pose a great threat to its historically significant architecture.

In addition to seismic risk, Cetinje is also exposed to wildfires and extreme temperatures. With climate change, the severity and frequency of these climate-related risks are expected to increase and present challenge to the preservation of the city’s cultural heritage.

By signing up to the UNISDR Making Cities Resilient Campaign, Cetinje can expect to further raise awareness on the national (and international) level, in order to prompt more support and financial investment in disaster risk reduction and climate change adaptation measures. In this way, better coordination between the national and local level can be ensured and directly translated into practical implementation.

Co-organized by the Cetinje Municipality and UNISDR, the event brought together over 50 representatives from national and local authorities, international organizations, academia, utilities and the private sector.

Based on the global agreement on disaster risk reduction, the Hyogo Framework for Action (HFA), the UNISDR Making Cities Resilient Campaign was launched in 2010. Its aim is to create a global network of cities of different sizes, characteristics, risk profiles and locations, promote media and public awareness activities, and facilitate access to existing knowledge, tools and experience.

By signing up to the Campaign, cities commit to adhere to the so-called “10 Essentials” – the guiding principles of the Campaign. Furthermore, local governments are requested to undertake a self-assessment exercise via the Local Government Self-Assessment Tool (LGSAT), which was developed by UNISDR in 2011 following a pilot study with 23 cities in 16 countries.

More recently, UNISDR also added the City Disaster Resilience Scorecard for use by members of the Campaign to check their progress in disaster risk reduction and climate change adaptation plans and identify gaps in their resilience. The scorecard was developed by IBM and AECOM and is available online, free to all.

The event in Cetinje was supported by the project “Building Resilience to Disasters in Western Balkans and Turkey” co-financed by the European Commission through the Instrument for Pre-accession Assistance and co-implemented by UNISDR together with the World Meteorological Organization (WMO).