Mami Mizutori: The Americas and the Caribbean are advancing steadily towards resilience 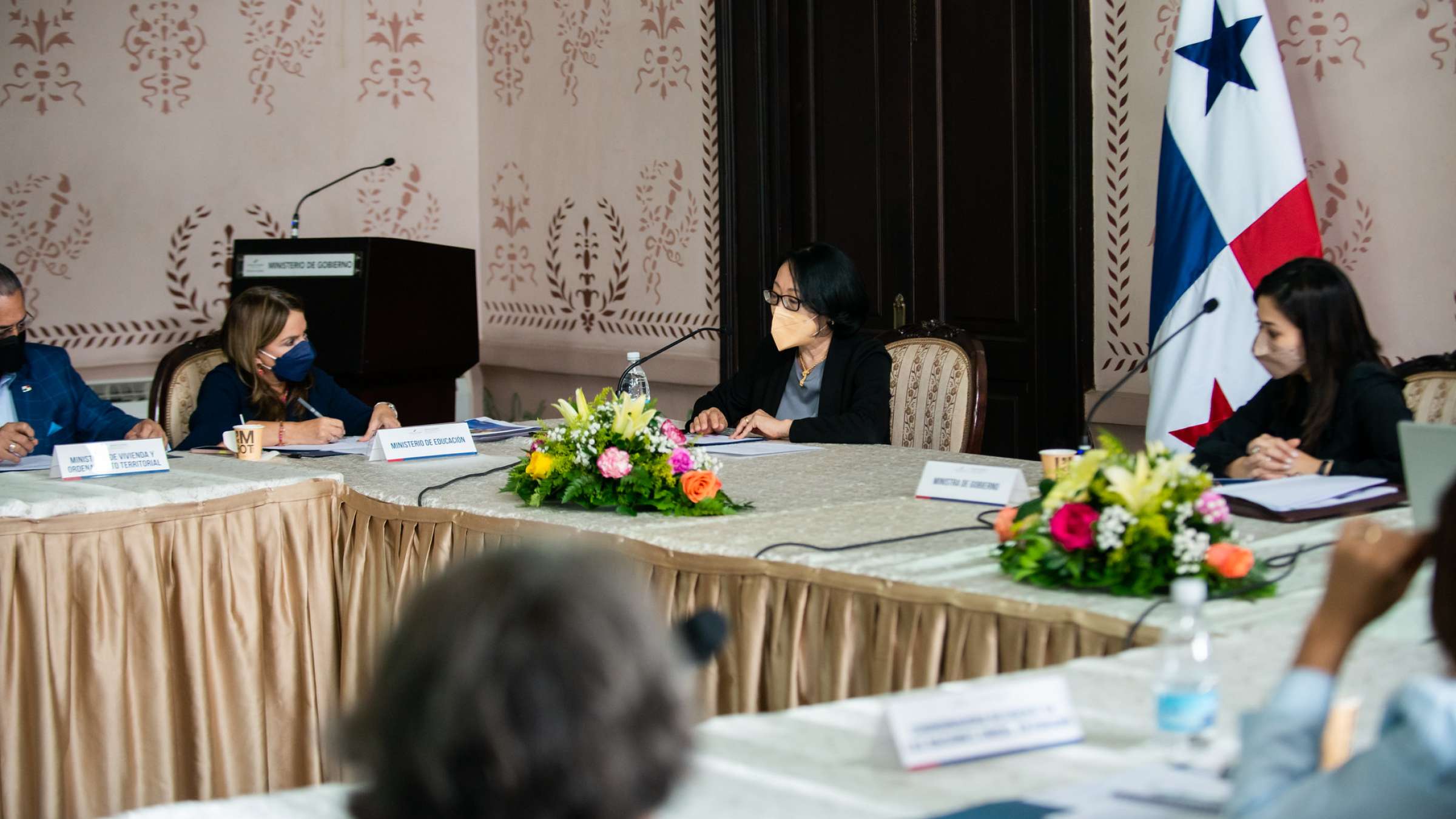 “The Americas and the Caribbean is one of the regions most affected by disasters. 53% of global economic losses occur here. However, in recent years the number of deaths has reduced and plans and strategies are being implemented to reduce the impact on economies,” Mizutori assured during her mission to Panama which took place from 24 to 28 March.

The head of UNDRR pointed out that while the pandemic is one of the most devastating disasters of recent decades, it also demonstrated the complexity of risks and their cascade effects, and is therefore an opportunity to implement integrated and multisectorial policies and approaches as part of the recovery. “Much progress has been made in risk governance, but we need to continue to reduce risks in order to achieve the goals of the Sendai Framework for Disaster Risk Reduction 2015-2030 in order to build more resilient societies,” added Mizutori, who took advantage of the occasion to invite continued participation in the Midterm Review of the Implementation of the Sendai Framework.

As part of her visit, Mizutori met with government organizations and leaders, with the aim of evaluating and reviewing both the current policies on risk reduction and progress towards resilience and towards a fairer future in the region. She also led other meetings and activities along with United Nations organizations and visited the Panama Canal, which she highlighted as an example of risk management as it has an effective strategy for reducing the materialization of risks.

Mizutori’s visit to Panama coincided with the creation of Panama’s Integrated Management Office for Disaster Risk, led by the Minister of the Interior, Janaina Tewaney, which can count on the participation of various other ministries and is driven by the President of the Republic, Laurentino Cortizo Cohen. This office serves as a driver of national plans and programmes aimed at reducing disaster risk, and is an example of good governance for the region.

“I want to reiterate and confirm UNDRR’s commitment to accompanying the office’s process and work and the implementation of the roadmap, in particular with the national policy and the national strategic plan for 2030, as well as accompaniment at the three technical roundtables set up. However, we have a long way to go in the region and worldwide, but I am full of hope seeing at first hand what is happening in Panama, which is a clear contribution to the important joint task of building a better future,” said Mizutori.

In addition, she found out at close quarters about the reality of Las Margaritas de Chepo, a pilot community in Water Resources and Disaster Management that forms part of the Project on Capacity Development for Disaster Risk Management in Central America “Bosai” Phase 2, in Panama, funded by the Japan International Cooperation Agency (JICA).

In a meeting with Claudia Herrera, Executive Secretary of CEPREDENAC (Coordination Centre for Disaster Prevention in Central America and the Dominican Republic), Mizutori expressed her thanks for the efforts made to improve disaster risk governance in the region with a systemic risk perspective. She also spoke with Cristian Munduate, United Nations Resident Coordinator in Panama, where she confirmed UNDRR’s commitment to provide technical support, strategic guidance and a contribution to action areas within the framework of United Nations cooperation in Panama.

Mizutori met with Panama’s UN country team, whom she asked to support the Panamanian government in the development of the national disaster risk reduction plan; with UN Women, to whom she confirmed UNDRR’s prioritization of the themes of gender equality and the empowerment of women in risk reduction; and with Rodney Martínez, Representative of WMO (World Meteorological Organization) for North America, Central America and the Caribbean, with whom she is working to reduce climate risks.

With a view to the Global Platform for Disaster Risk Reduction, to be held from 23 to 28 May this year in Bali, Indonesia, this visit served to evaluate the implementation of programmes and strategies for risk reduction in both the country and the region. Mami Mizutori congratulated Panama for its efforts to increase good risk management, and during her visit to Las Margaritas de Chepo stated that the country “is on track towards a resilient and equitable society”.