Kathmandu "not most-at-risk" for earthquakes 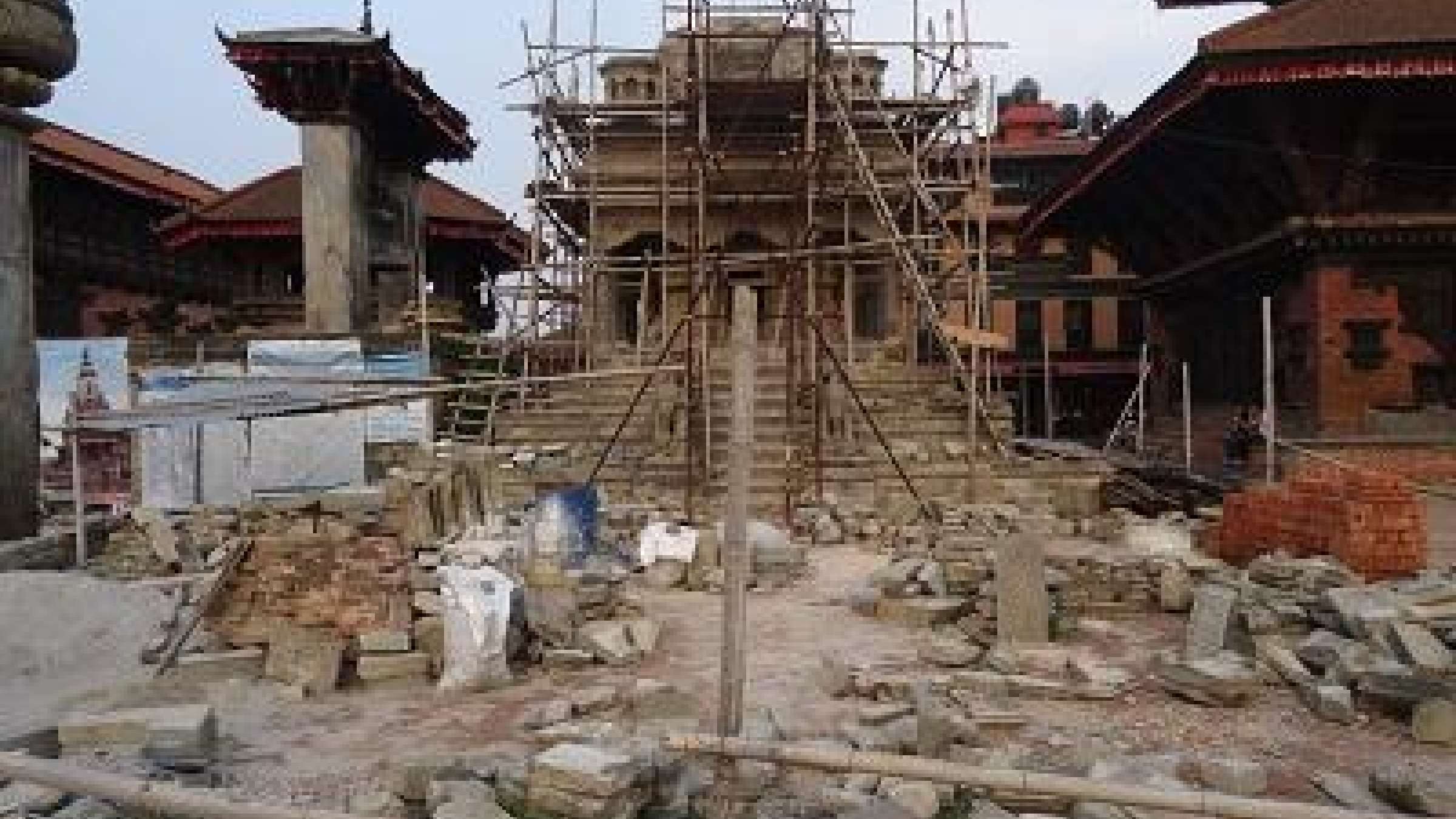 The 2015 earthquake caused extensive damage to the Nepal capital, Kathmandu

KATHMANDU, 26 April, 2019 - Despite the three tremors felt across the Kathmandu Valley mid-week as Nepal prepared to mark the 4th anniversary yesterday of the deadly Gorkha earthquake, scientists say that Kathmandu is not the country's most-at-risk location for earthquakes.

The UN Country Team in Kathmandu is looking to the future management of disaster risk and has been working with Durham University, UK, and the Nepal Society for Earthquake Technology (NSET) on promoting the findings of a new study which could revolutionize disaster preparedness across the country.

Scientists led by Dr. Tom Robinson of the Geography Department, Durham University, using the latest modelling techniques have considered the impacts from 90 different earthquake scenarios and this has raised alarm bells about the exposure and vulnerability of western Nepal where there has been no major earthquake for over 500 years.

The modelling provides estimates of the total number of damaged buildings and casualties resulting from each scenario and locations in which they occur.  The resulting total risk map allows planners to identify locations to prioritize for urgent earthquake risk reduction.  The individual maps allow planners to identify which factors to target such as housing stock, health facilities and transport links.

Dr. Robinson said: “A key finding of the study is that Kathmandu is not the most at-risk location and focusing just there overlooks considerable risk elsewhere in Nepal. There are over nine million Nepalis living in districts with greater earthquake risk than Kathmandu.  Earthquake risk is highest in rural western areas of Nepal.”

The devastating earthquake which struck Nepal on April 25, 2015, killed 9,000 people, injured 22,000 and destroyed or damaged almost one million houses in many districts in the Kathmandu valley and the east of the country.

Earthquake risk will not be the only focus of the new Authority. The country is also vulnerable to extreme weather events including floods, storms and drought.

Nepal’s Minister for Communication and Technology, Mr. Gokul Prasad Bask highlighted that the country experienced an unprecedented tornado in March which killed 28 people and expressed fears that climate change is exposing the country to risk of more extreme weather events. He was speaking at the opening on Thursday of the Asia Broadcasting Union (ABU) 5th Media Summit on Climate Change and Disaster Preparedness.

Ms. Julliand highlighted also the threat of glacial lake outbursts which is a threat to many human settlements at the foot of the Himalayas.

One of UNDP’s most high profile projects in the country is the Community Based Flood and Glacial Lake Outburst Risk Reduction Project to control the water level in Lake Imja, one of the fastest growing lakes in the Himalayan range due to glacial melt caused by global warming.

The water levels in the lake, 5,000 metres above sea-level, triggered a crisis in 2016 which was brought under control by the Nepali Army who put in a drainage system thereby removing the threat to the population downstream. The situation is now monitored by the Department of Hydrology and Meteorology.