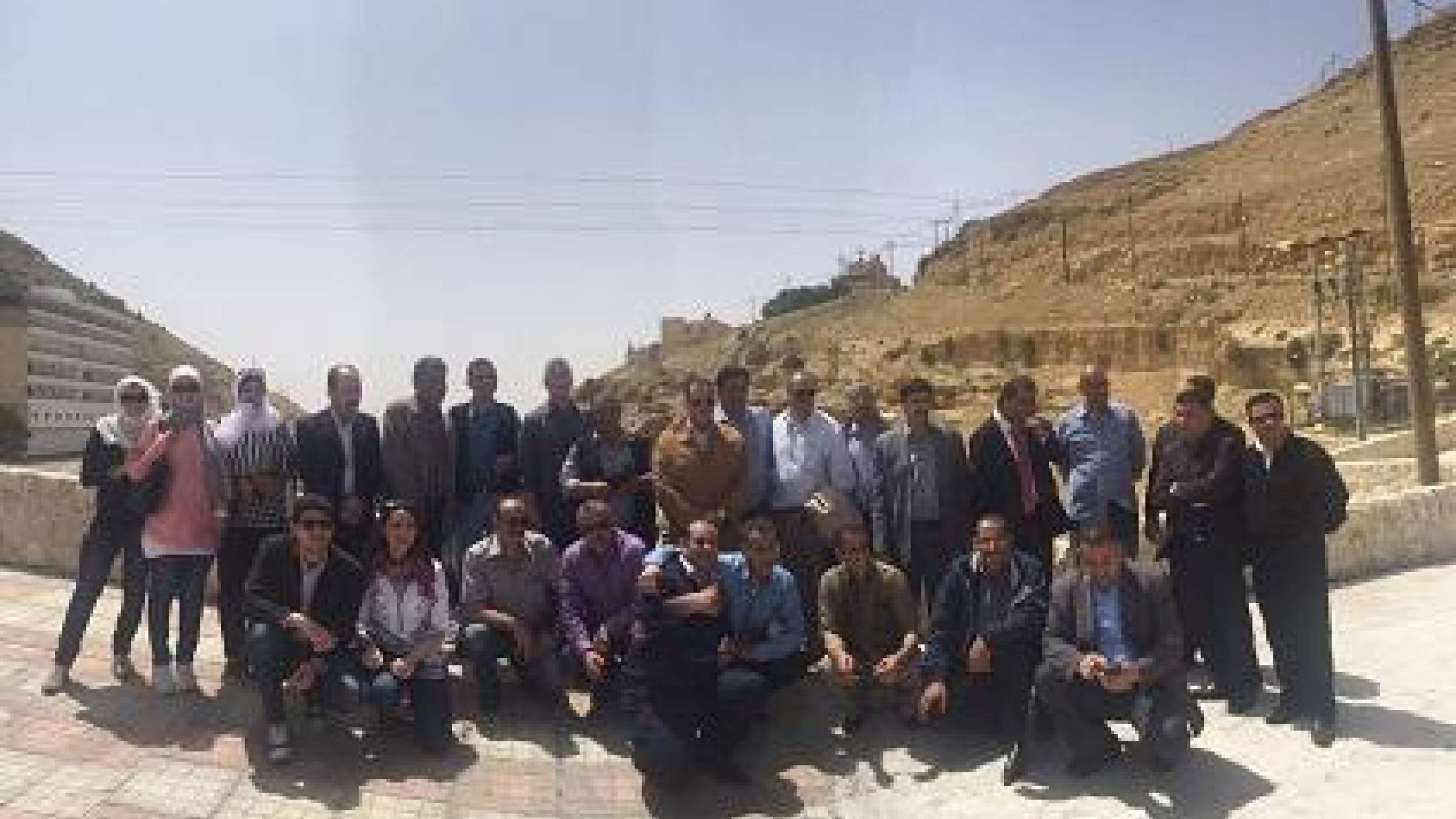 AQABA, 28 April 2015 – Models of local-level disaster risk reduction and management, the Jordanian cities of Aqaba and Petra are leading an initiative for five fellow municipalities which have stepped up their own efforts to build resilience.

Sharing lessons is a key part of UNISDR's Making Cities Resilient Campaign. Officials from the municipalities of Salt, Jerash, Zarqa, Irbid and Madaba have seized the opportunity to see what Aqaba and Petra are doing right.

Along with representatives from their respective governorates and the Ministry of Interior, they have just wrapped up a study tour on mainstreaming disaster risk reduction at the local level, starting in Petra, one of the “Seven Wonders of the World”, before heading to the Red Sea hub of Aqaba.

"The most important thing I've learnt from this exchange is the realization that executing disaster risk reduction does not necessarily mean a big budget allocation for our municipality. We are already implementing disaster reduction measures without realizing it", said Mr. Mazhar Hassuk, technical assistant of Jerash, which lies 48 kilometres from the capital Amman.

The local capacity-building project in Jordan is supported by the Swiss Agency for Development and Cooperation (SDC) and UNISDR. "City-to-city learning is a great opportunity where cities connect to share experiences, get support and create an effective network to accelerate urban resilience," said Ragy Saro, disaster risk reduction associate at UNISDR.

Recognizing the importance of identifying and accepting risks, and defining clear roles and responsibilities, are among lessons that Petra and Aqaba brought to the table.

Aqaba, which hosted the 1st Arab Regional Conference on Disaster Risk Reduction in 2013, started working on disaster risk reduction in 2009. Six years later, it is an example for local-level risk reduction and was recognized as a Making Cities Resilient Campaign role model in 2013. Petra, 245 kilometres from Amman, joined the campaign the same year.

Neither city is resting on its laurels.

"Despite of all the past achievements, we are still learning from other cities and exchanging ideas. I believe that what makes our model successful is our government modality based on decentralization which helps us a lot in moving the process forward," said Mr. Khaled Abu Aisheh, Director of Planning at the Aqaba Special Economic Zone (ASEZA) and manager of its disaster risk reduction unit.

His unit was created in 2011, with UNDP support. The key has been a participatory approach and partnership with all stakeholders, including the private sector, NGOs, community organizations and other governmental institutions.

Jordan's sole seaport, Aqaba is vulnerable to earthquakes, flash floods, sandstorms and industrial hazards. It was last hit in 1995 by a 6.2-magnitude quake lasting 40 seconds. Although there were no casualties, damage occurred in the city and high waves hit the coast.

"Right now we are trying to benchmark Aqaba city to other international cities. We like the model of Sweden or England, where they have powerful local authorities, and regionally we are looking at Lebanon and Dubai," said Mr. Abu Aisheh.

Petra, which has seen at least 14 major floods in the past four decades, shared its experience in piloting Jordan’s first early warning system for flash floods. The Risk Reduction Unit within the Petra Development and Tourism Region Authority oversees all potential flood threats.

Petra and Aqaba have also created successful neighborhood volunteer programmes with trained residents and have a storage container with emergency preparedness equipment and supplies placed at strategic locations.

There are now plans to roll out local disaster risk reduction programmes in the rest of Jordan’s 12 governorates.