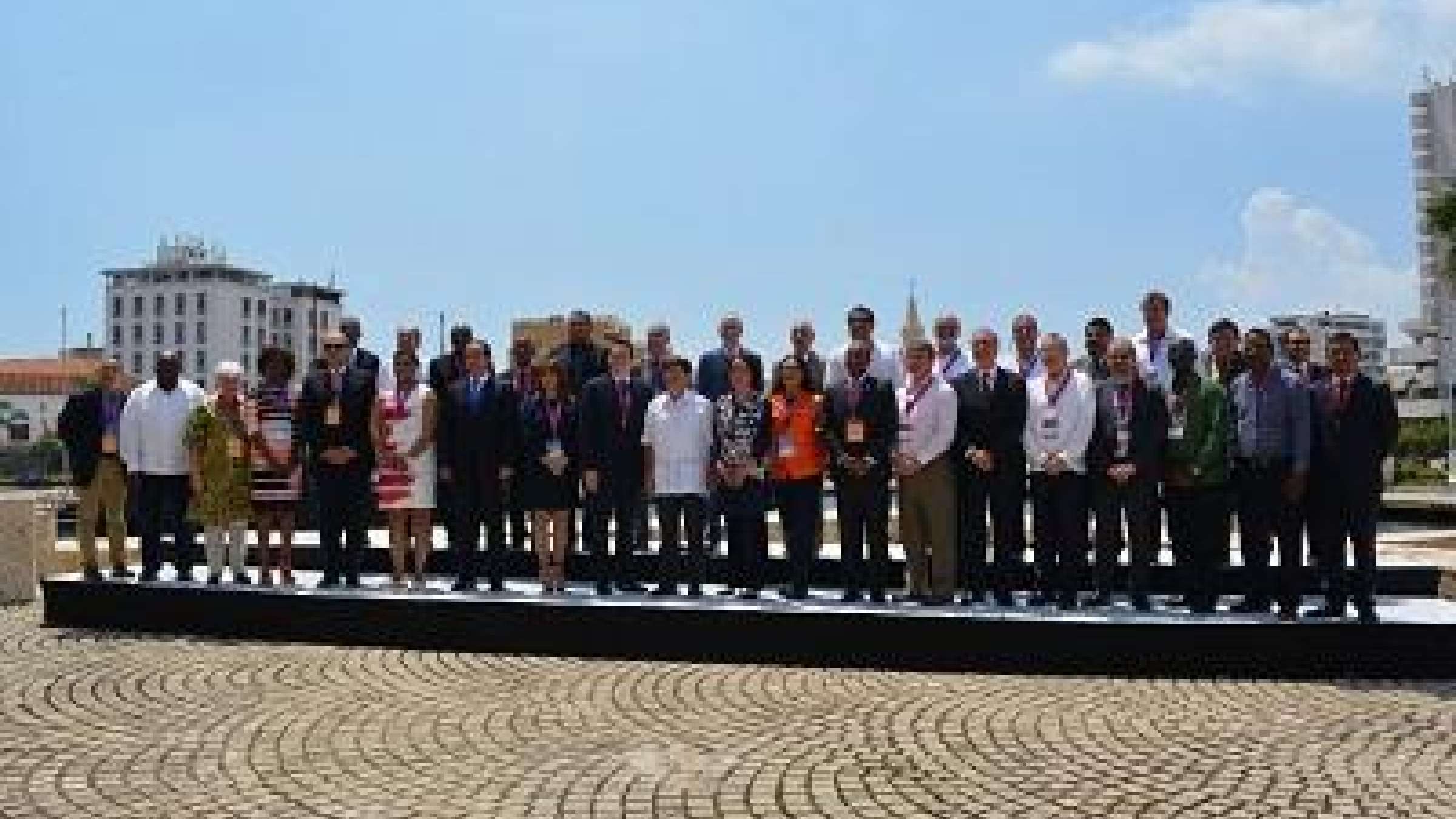 CARTAGENA, 25 June 2018 – An Americas and Caribbean conference on disaster risk reduction closed with ministers reiterating support for a regional plan to accelerate action against natural and man-made hazards that take a heavy toll each year.

“In an immense and productive work session, we renewed our commitment for the voluntary implementation of the Sendai Framework,” Colombia’s President Juan Manuel Santos said in remarks read in his name at the closing session.

Ministers also agreed that Jamaica will host the next regional platform in 2020 which is also the deadline for a substantial increase in the number of countries with national and local strategies for disaster risk reduction in line with target (e) of the Sendai Framework.

“Jamaica deems it an honour and by extension the people of the Caribbean deem it an honour,” Desmond McKenzie, Minister of Local Government and Community Development, told the closing ceremony.

“We stand ready to facilitate this next stage in the sustainable development agenda through disaster risk and climate change reduction,” the minister added.

Over three days, the conference in this historic port city debated the four priorities of the Sendai accord – understanding disaster risk, strengthening governance, investing in disaster risk reduction and enhancing disaster preparedness.

The past year has provided many sombre reminders – including the deadly 2017 hurricanes in the Caribbean – of why the work of disaster risk reduction, action on climate change and eradicating poverty need to be closely aligned across the region.

The Regional Action Plan includes commitments to assigning responsibilities and to accelerate country-level implementation of the disaster risk reduction agenda over the next two years.

The Cartagena event was the first time the region has met since the launch in March of the Sendai Framework Monitor, which will track countries’ progress. There were also technical discussions on efforts to collate data on other Sendai targets, including on disaster mortality, numbers of persons affected, economic losses and damage to critical infrastructure.

A special session was dedicated to early warning systems and recovery based on a review presented by the World Meteorological Organization of last year’s Atlantic hurricane season.  The key findings and reflections will feed directly into the policy discussions of the up-coming Caribbean Disaster and Emergency Management Agency (CDEMA) meeting at Ministerial-level.

Gender issues, and the need for greater involvement of women in disaster risk reduction work, along with the special needs of disabled people, were other key topics in Cartagena.

Alongside representatives of national and local governments, the regional platform drew hundreds of participants from the private sector, the scientific and academic community, indigenous people, women, youth, older persons and people living with disabilities.

“Inclusivity has been a very strong theme – women, the disabled – that is something that we aspire to and which we have achieved here,” she said in remarks to the final session.