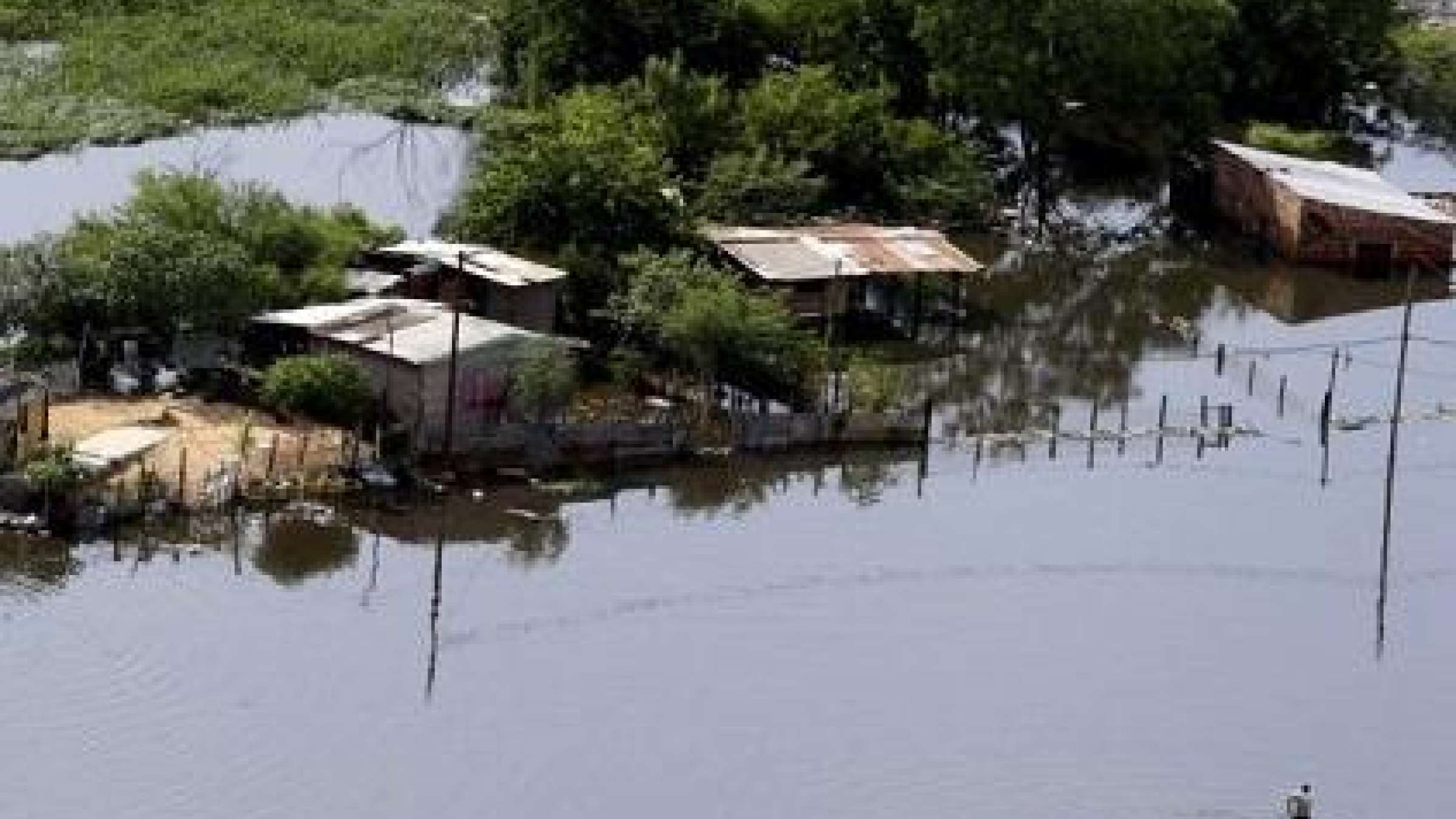 The River Paraguay has swollen to over 7.38 metres, forcing more than 49,000 families to evacuate (Photo: Diario Hoy)

GENEVA, 29 December 2015 – In the wake of the extreme tornadoes that struck the United States over Christmas, freak snowfalls in Mexico and heavy flooding in South America and the United Kingdom, Ms. Margareta Wahlström, head of the UN Office for Disaster Risk Reduction today urged governments to take more prevention actions to reduce human and economic losses caused by weather related disasters.

“Last March, the world met in Sendai, Japan and agreed on a new global framework for disaster risk reduction to better protect the world against increasing disasters. The Sendai Framework includes for the first time seven targets that will considerably help nations and communities to better manage climate risks,” Ms. Wahlström said.

"Prevention measures including upgrading early warning systems to deal with the new climate variability, revising building codes to ensure more resilience of critical infrastructure such as schools, hospital and roads, and more investment in flood defences are critical to protect more people against disaster impacts. We have no time to lose as weather-related disasters continue to increase, affecting millions of people” she added.

Over the week end, tornadoes and storms killed more than 20 people in New Mexico, Texas, Oklahoma, Missouri and Illinois, and flattened hundreds of buildings and houses.
“ More people are at risk due to increased urbanization,” said Ms. Wahlström. “Reducing spatial density of single family housing and increasing the resilience of houses against heavier wind load can reduce tornado impacts.”

Meanwhile, the intense floods in South America are considered as the worst in the past ten years, forcing more than 170,000 people to evacuate in Paraguay, Argentina, Brazil and Uruguay.

“The abnormal flooding is consistent with the prediction made by the World Meteorological Organization last November. We cannot ignore science. Their findings need to be better included in long-term policies,” said Ms Wahlström.

Last month, the World Meteorological Organization warned that the majority of international climate outlook models indicated that the 2015-16 El Niño was set to strengthen before the end of the year, causing more flooding and more droughts. It said that the ongoing El Nino event was poised to be among the three strongest since 1950 -- the1972-73, 1982-83 and 1997-98 versions also caused a rise in climate hazards.

The El Niño phenomenon, which is characterized by a warming of the Pacific Ocean, is also triggering a rise in drought in different parts of the Americas. The Famine Early Warning Systems Network (FEWS) has warned that it has sparked the worst droughts in decades in Central America and Haiti, and that they will continue into 2016.

In Mexico, snowfall over the weekend blanketed 32 towns in the state of Chihuahua, which borders the US states of Texas and New Mexico, with some places hit by accumulations of 30 centimetres and temperatures of -18 Celsius.

Further afield, December has seen communities in Cumbria, Lancashire, Greater Manchester and Yorkshire in the United Kingdom swamped by rising waters with damages that could exceed UK£1.5 billion according to financial analysts.The British government has announced a major review of the country’s flood prevention strategy, while Environment Agency deputy chief executive David Rooke said it would have to look at ways to flood-proof homes, as well as examining traditional defences, as the United Kingdom was "moving into a period of unknown extremes".

“The repetitive floods in the United Kingdom and unusual snow storms in Mexico are alerting the world about how difficult it is to predict global warming impacts and climate change,” said Ms. Wahlström.