End the tyranny of ignorance on disaster risk 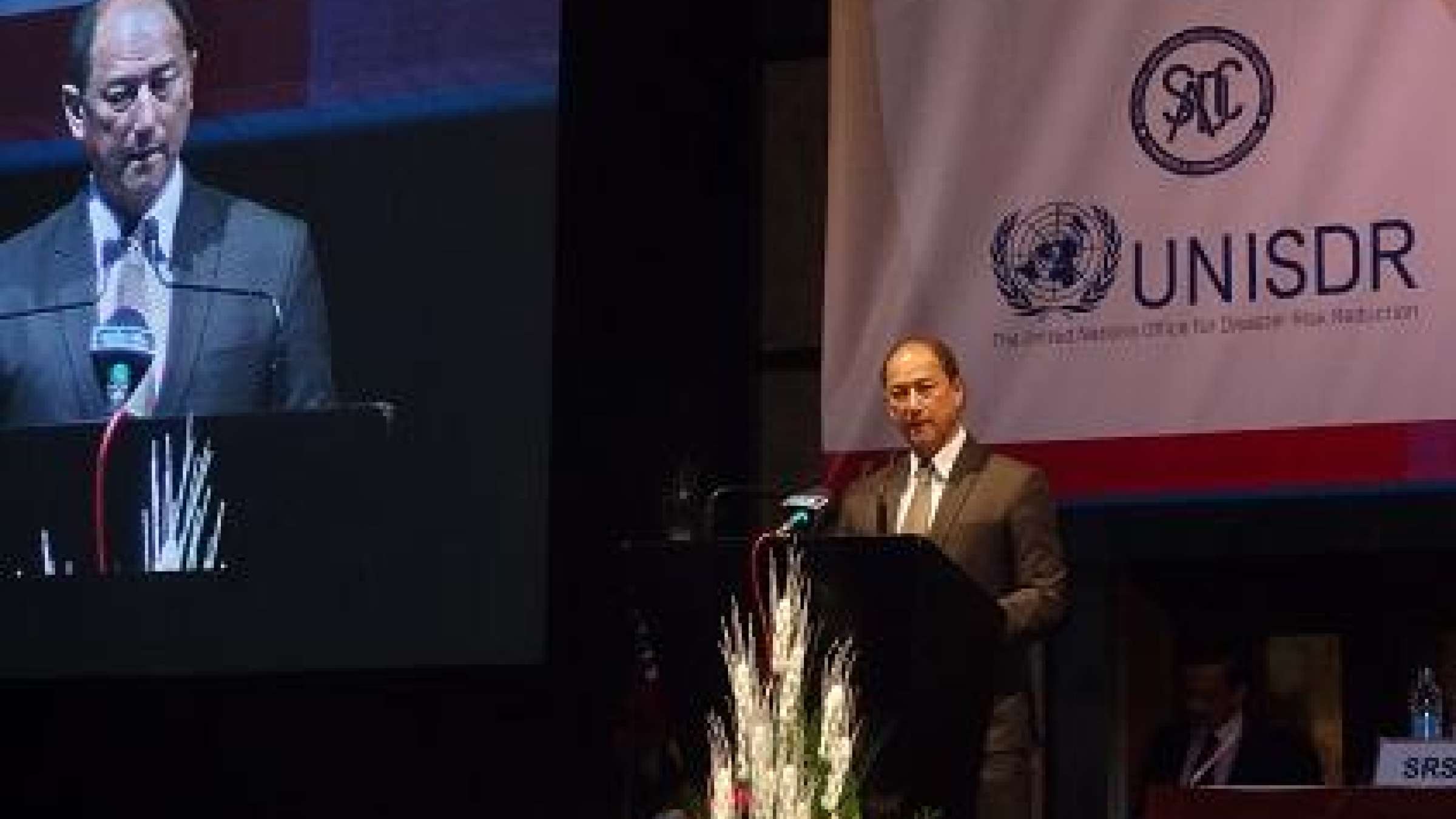 Speaking to the media, he said this ignorance was not deliberate but due to a lack of understanding of the widespread impact of disaster losses on development and so a root cause of the failure to invest sufficiently in resilient infrastructure.

“People just don’t realise yet how important the Sendai Framework for Disaster Risk Reduction is for ending this tyranny of ignorance,” he said.

In his keynote address to the opening ceremony, Mr. Glasser referenced the drought affecting 70 million people across Africa as a major humanitarian emergency which is not getting the attention it deserves.

Mr. Glasser who heads the UN Office for Disaster Risk Reduction, said that combined with the recent strong El Niño, “climate change is undoubtedly contributing to water scarcity and impacting on food production. It is also intensifying the threat from the three leading killers of children: diarrhoea, malnutrition and malaria.”

He added:“Many drought-affected people live on the margins of resilience. On those margins, disaster risk can easily overwhelm them when it is accelerated by an extreme weather event.”

Mr. Glasser said Africa had played a pivotal role in shaping the Sendai Framework for Disaster Risk Reduction, the global plan for reducing disaster losses, particularly in raising the profile of health as an area of concern for disaster risk management.

“I am sure that the key substantive outcome of the regional platform – a Programme of Action for Implementing the Sendai Framework in Africa – will help bring about a shift from managing disasters to managing disaster risk.”

Mr. Jorge Cardoso, Director, Southern African Development Community (SADC), said 41 million of the region’s 257 million people were suffering the effects of prolonged drought and the impacts of the recent El Niño, and 23 million were in immediate need of food assistance.

He said there would never be a more ideal time for the region to host an African Platform. Beyond the drought response, the region was committed to disaster risk reduction in the long term. The Africa Region Platform should enable the sharing of good practice, enhance coordination and mobilise commitment.

Ms. Olushola Olaide, representing Mrs. Tumusiime Rhoda Peace, Commissioner for Rural Economy and Agriculture, African Union Commission (AUC), said the AUC fully endorsed the Sendai Framework and hoped that the outcome of the Platform would result in a strengthening of the programme of action for the implementation of the Africa regional strategy for disaster risk reduction. The Platform outcome will be presented to the 5th High Level Meeting on Disaster Risk Reduction on Friday.

Opening the Regional Platform, Mr. Alain Wong Yen Cheong, Minster of Environment, Sustainable Development, and Disaster and Beach Management, Mauritius, said the adoption of the Sendai Framework was a historic milestone and “timely implementation of the Sendai Framework will be key in the overall achievement of the 2030 Agenda for Sustainable Development.”

Welcoming participants to Mauritius, he hoped that “we will be able to capture the key priorities of our respective countries such as the need for robust legislative frameworks, the establishment of national disaster loss databases, the setting up of national platforms for DRR or the need to improve emergency monitoring and forecasting tools, early warning systems and overall preparedness.”

The Minister said it was imperative to produce a results oriented document which would help elaborate Africa’s position prior to the 5th Session of the Global Platform for Disaster Risk Reduction to be held next year in Mexico.”