The Earthquake in Zagreb amid the COVID-19 Pandemic: OPINION 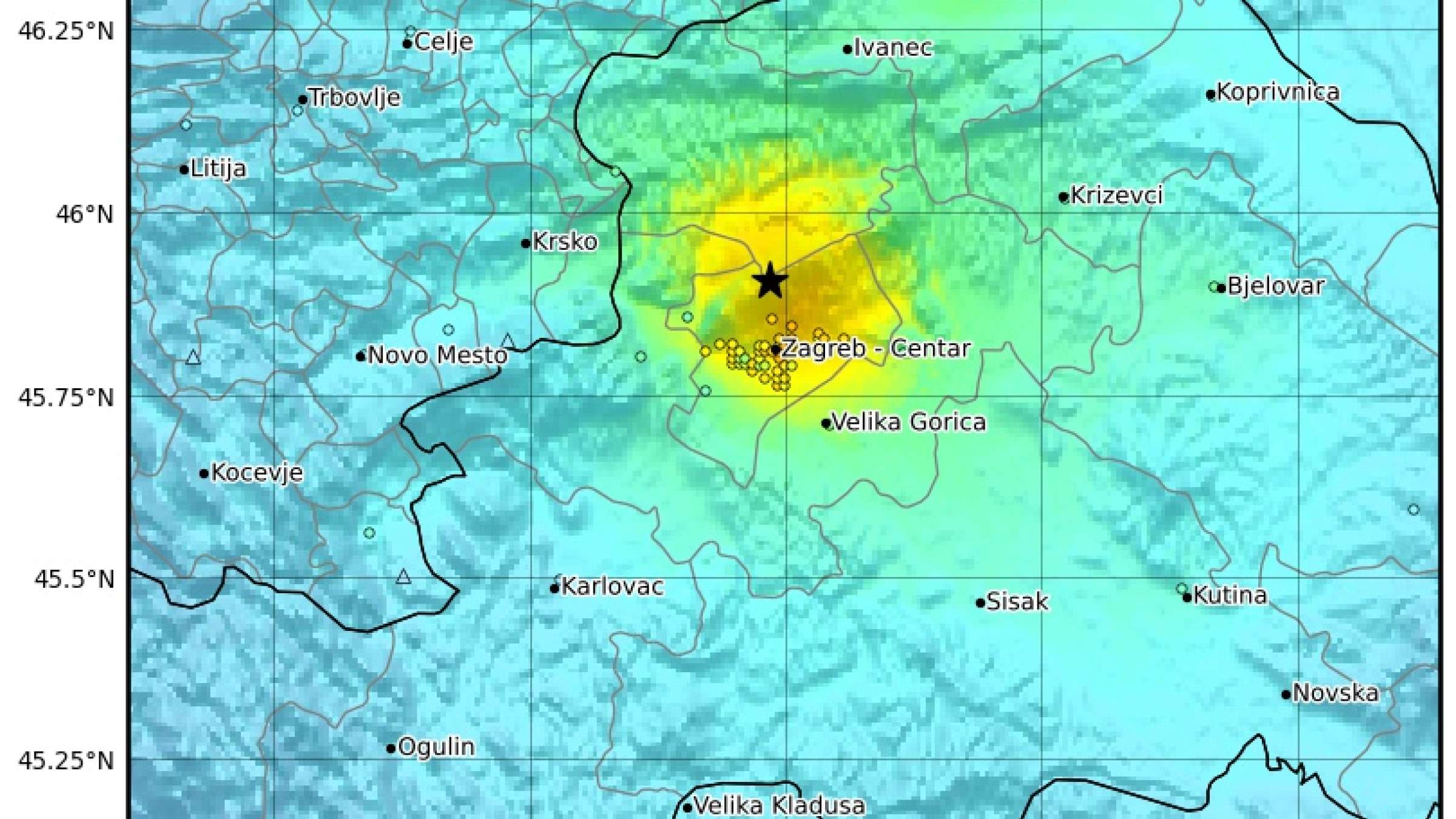 In Croatia, this story began on 22 February 2020, with the first death attributed to COVID-19 in Italy. The same day, the Civil Protection Coordination Centre was established by the Croatian Government. It assembled, among others, experts and scientists from the Croatian Institute of Public Health and the University Hospital for Infectious Diseases "Dr. Fran Mihaljević "

The first COVID-19 case in Croatia was identified on 25 February 2020. Until March 11th, there were an average of 1.5 new cases per day. On March 11th, the county of Istria closed the schools and on March 16th the rest of Croatia did the same, closing schools and universities. All decisions, necessary measures and daily situation updates are coordinated by the Civil Protection Coordination Centre and communicated with the media at least twice a day.

On March 21, the Croatian Government (following a suggestion from the Civil Protection Coordination Centre) introduced a “stay at home” order for the whole country due to the pandemic, and the very next day a magnitude 5.5 quake shook the country, mostly damaging the capital city of Zagreb and its nearest urban satellites, affecting almost 1 million people in total.

Zagreb is situated in a seismically prone area. After the big earthquake in 1880 the possibility that the new earthquakes could occur was clear. It was only a matter of time before an earthquake would hit again. The 2020 Zagreb earthquake caused an unprecedented situation - people ran out from their homes, trying to observe social distancing rules, but when you are panicking from a very visible disaster, it is hard to remember and apply rules from another disaster.

In Croatia, first seismic design for buildings was introduced in 1964, and buildings built after that year were not been significantly impacted by the 2020 earthquake. Still, the scenes from Zagreb were quite serious. The highly damaged buildings are situated in the historical city centre of Zagreb, where most of the buildings were built before the 1950’s. These were constructed with brick masonry elements. The Markuševac quarter in the vicinity of the epicentre was also strongly affected and the majority of the highly damaged buildings were either very old or illegal and poorly constructed. The earthquake came in the worst possible moment when nobody knew what is the right thing to do – keep the distance or meet at the gathering area.

The feeling of the earthquake was strong and threatening. The first reaction was to check whether your closest ones were safe and well and to give an advice on how to behave. But then you became aware: COVID-19 and social distance.

Based on past experiences in collaboration with the Croatian scientists and seismic disaster relief experts from the University of Zagreb Faculty of Civil Engineering, in mere minutes the Zagreb Emergency Management Office established communication channels to form a disaster response team. Part of the disaster response team, that was previously trained in various EU funded projects, was immediately dispatched to assess the critical infrastructure and then involved in the disaster relief planning.

Disaster management and immediate response were handled well, still some issues arose that could have been prevented. What went wrong?

In parallel to disaster response planning, the panic spread among citizens. Vast numbers of people living in Zagreb who had a possibility to leave the city, left it immediately. At that time, there were 254 people confirmed infected in Croatia. In the country, Zagreb was the epicentre of the COVID-19 pandemic. At that time Civil Protection authorities did not prohibit the movement of people. Fortunately, there are no evidences that these displacements of people caused the spread of COVID-19, but still it is fortunate that this situation didn’t cause an incontrollable outbreak.

On the other hand, while almost 20,000 inhabitants were leaving the City of Zagreb, the rest was suffering in panic and the unusual and unexpected cold weather that morning. At that point Zagreb did not have an operational stress relief plan, neither an institutional possibility nor the capacity to form a quick and capable response for this unexpected catastrophe. For those purposes, the Zagreb Emergency Management Office with the support of the expert advisers from the University of Zagreb Faculty of Civil Engineering has slowly formed a disaster relief and response teams, including mostly volunteers. The trained experts after establishing a functional response plan reached out to the Croatian Chamber of Civil Engineers and the Croatian Chamber of Architects, which engaged approximately 500 volunteers. The first problem was that these 500 volunteers who were strolling around the city were tasked to assess the severity of damages, but there were no assessible data on the buildings (no database), nor even about more critical information – who are or where are the infected or isolated COVID-19 cases situated.

The critical situation is even more emphasized now that the country’s economy is already weakened by the lengthy disruptions in global supply chains and falling demand, especially for travel and tourism which is the single most important sector in the Croatian economy.

What can we learn from these events?

It was well known that earthquake should happen sooner or later, especially in the areas of Zagreb, and this was emphasized within several national documents. Nevertheless, an earthquake, flood, fire or other natural hazard is not a pleasant event even in well-organized systems, but a natural hazard amid a pandemic can make a situation more serious. Now the socially vulnerable are getting even more exposed.

Based on the experiences, it can be concluded that it is not enough to rely on the inclusion of science in decision making once a disaster has happened but it is important that relevant experts and scientists are included even before the disaster happens. It is now clear that preparedness plans as well as relief and recovery plans must be put in place in advance and they must rely on a good differentiated economy, a well-structured institutionalized preparedness plans on a national level. These need to be based on the weakness identification. It is important not only to understand the risks. These risks must be supported by existing data available before the disaster and it is vital to build upon those weaknesses relieving stress in areas where it can be done before those weaknesses become obvious and present.

Now, after the event , it is important to analyse the critical factors that led to these circumstances, to identify the omissions and use those to build back better. This applies to the whole society, economy and the politics. Only a strong, integrated and interdisciplinary approach can make these omissions and weaknesses an opportunity to get back better, stronger and healthier than before.