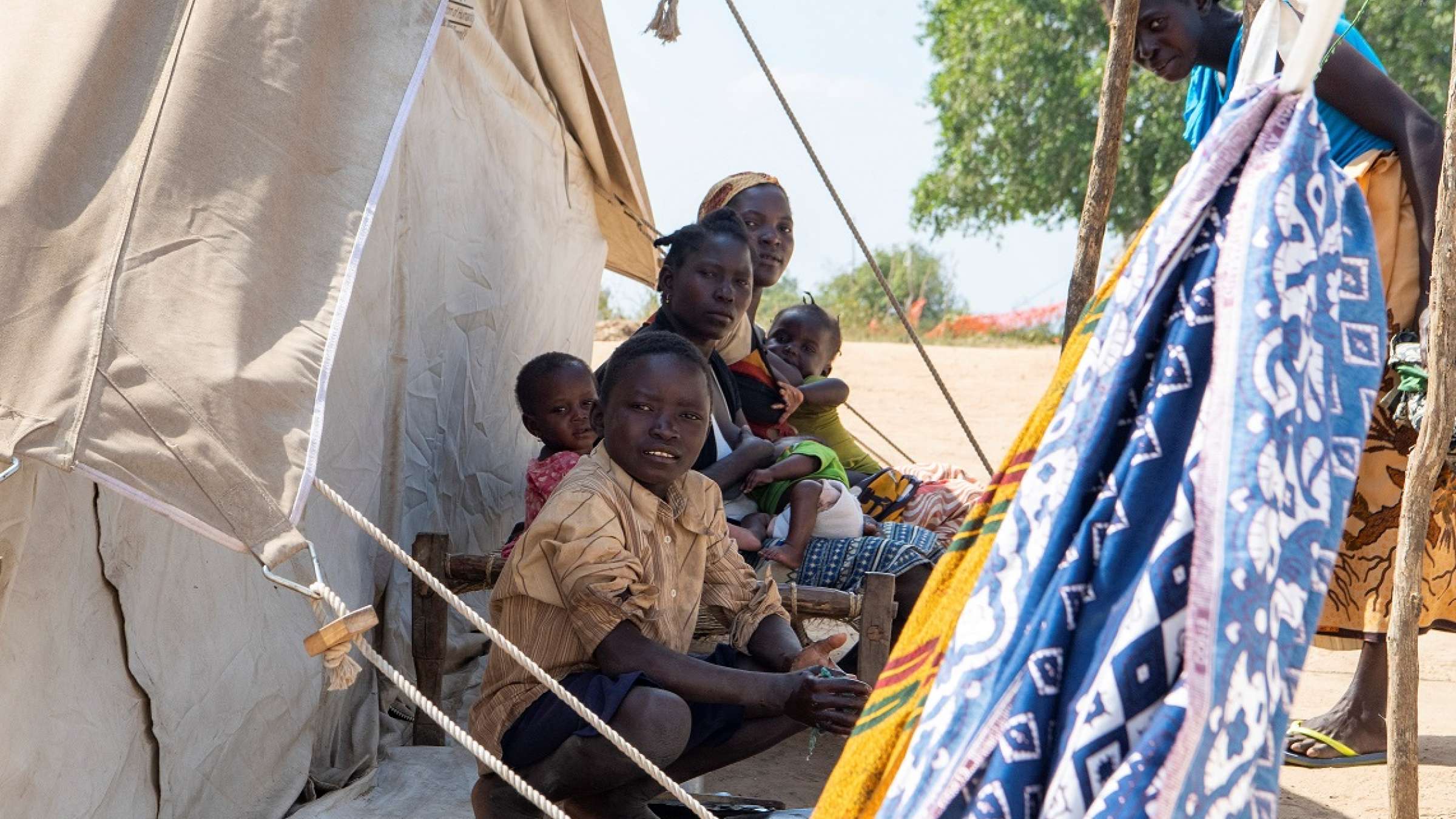 A family outside of their tent in the Taratara Camp, in Cabo Delgado province
UN Photo/Eskinder Debebe

As climate change intensifies, extreme weather events, such as floods, storms, bushfires and heatwaves are forcing millions from their homes each year. In 2018, disasters displaced 17.2 million people from their homes, 90 per cent fled weather and climate-related hazards.

There were 1,600 recorded disaster events over the course of 2018 but the real number is much higher. Most disasters go unreported. Small and localised, they are largely ignored by the media, striking in remote and inaccessible areas where communities are left to fend for themselves with little or no government support.

Disaster displacement is generally temporary where people are able to return home relatively quickly after an evacuation. But ‘mega-disasters’ such as earthquakes and tsunamis can result in millions facing prolonged displacement. Most take refuge with host families or in rented accommodation, rather than in communal shelters or camps. Of the 1.5 million people displaced by the 2010 earthquake in Haiti, 38,000 remained in temporary accommodation eight years later.[1]

Disaster displacement is often a result of a multitude of inter-connected factors. Climate change and environmental degradation driven by unsustainable economic growth and poor development practices. Conflict over water, land and other natural resources may follow, driving people to migrate elsewhere.

Without concrete climate and development action, just over 143 million people in Sub-Saharan Africa, South Asia, and Latin America - or around 2.8 percent of the population of these three regions - could be forced to move within their own countries to escape the slow-onset impacts of climate change[2].

Disaster displacement drives poverty, particularly in low income developing countries. The World Bank estimates that the global economy loses US$520 billion every year because of natural hazards which push 26 million people into poverty. This trend is set to worsen as a growing number of people are exposed to climate uncertainty and escalating disaster risk.

More than 80 per cent of all new disaster displacements over the past 20 years - around 187 million - occurred in the Asia-Pacific region[3] where disasters have slowed development efforts. On its current trajectory, Asia will be unable to meet the UN sustainable goals by 2030.

In 2013, Typhoon Haiyan struck central Philippines. Haiyan was the worst recorded storm in the countries’ history, leaving over 1 million homes damaged or destroyed. The economic impacts of caring for and sheltering those left homeless coupled with peoples lost incomes, amounted to $816 million in the six months following the disaster.[4]

Disaster displacement represents one of the most significant humanitarian and development challenges of the 21st century. Tackling its causes and impacts is complex, but having good data is a key part of the solution. To factor in disaster placement into development planning, policymakers require an understanding of the true nature and extent of disaster displacement. Collaboration between States in sharing technologies and innovation must accompany investments in better data gathering that maps risks, losses and trends. This will go a long way towards reducing the human and economic burden that defines disaster displacement.