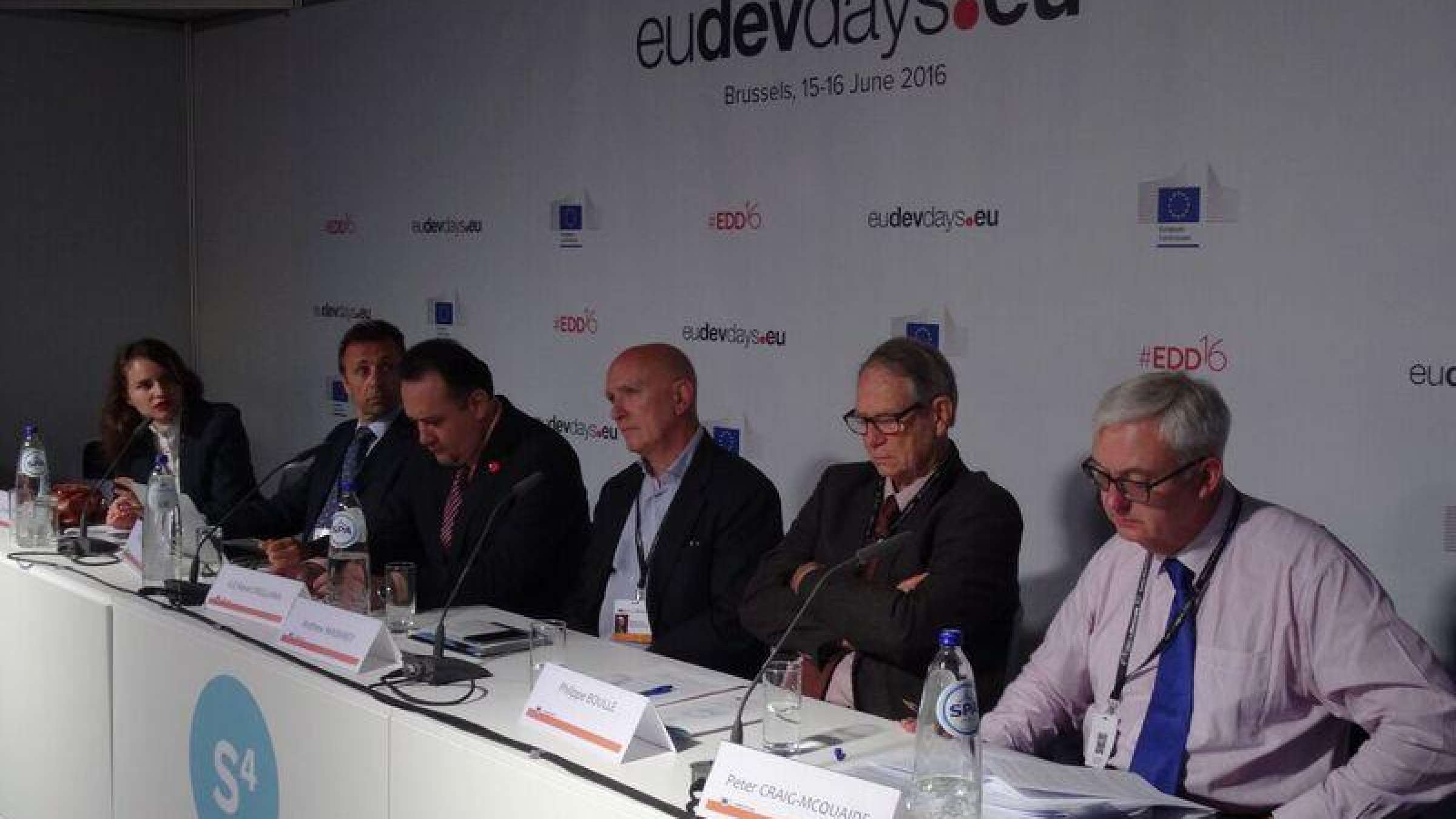 BRUSSELS, 17 June 2016 – The links between disaster risk reduction, sustainable development and climate change adaptation are in focus this week in the European Union’s hub of Brussels.

The European Development Days -- the continent’s top forum on development, now into its tenth edition – have highlighted the importance of good data for successful implementation of the Sendai Framework for Disaster Risk Reduction which sets seven targets for reducing disaster losses.

Bolivia’s Minister of Development Planning and Chief Climate Change Negotiator,  Mr.Rene Orellana Halkyer,  said: "We have decided to take into account disaster loss data in all of our development decisions, because we want to develop despite natural hazards."

He was speaking in a session yesterday moderated by Mr. Andrew Maskrey, Coordinator of UNISDR’s Risk Knowledge Section which has facilitated the creation of 89 national disaster loss data bases around the world with several more in the pipeline.

The session focussed on the UNISDR programme “Building Capacity for Increased Public Investment in Integrated Climate Change Adaptation and Disaster Risk Reduction ”, which is funded by the European Commission, the executive body of the 28-country European Union.

“Disaster risk reduction and climate change adaptation are interlinked, we cannot address one without the other, “ said Mr. Maskrey.

The development of national disaster loss databases represents a low-cost, high impact strategy to systematically account for disaster losses.  As such, this is the crucial first step to generate the information necessary for risk estimation and to inform public investment in climate change adaptation and disaster risk reduction.

As a second step, the physical losses recorded in the databases are translated into monetary and economic losses, enabling an initial evidence-based estimate of recurrent losses.

A debate followed in the afternoon on "Setting Indicators for Global Progress in Disaster Risk Reduction."

Mr. Maskrey observed: "We must ensure coherence in the indicators of Sendai Framework and the Sustainable Development Goals if we are to reduce the reporting burden and ensure efficacy."

The debate threw up some of the challenges around setting indicators to measure progress on achieving the Sendai Framework targets.

Dr. Debarati Guha-Sapir, who heads the Centre for Research on the Epidemiology of Disasters in Belgium, highlighted the challenge of collecting reliable data on drought-related mortality.

“After floods, droughts affect the most people out of all disasters. Yet we have almost no data to measure the precise impacts. This has to change,” she said.

Mr. Tom de Groeve of the EU Joint Research Centre, noted that "The Sendai Framework is not just for the developing world - it is very much also for Europe."

The Sendai Framework has seven targets. It aims to bring about substantial reductions in disaster deaths, the number of affected people and economic losses, plus damage to critical infrastructure and disruption to basic services such as health and educational facilities.

It also seeks to increase the number of countries with national and local risk reduction strategies, by 2020, as well as to bolster the capacity of developing countries, and vastly increase coverage by early warning systems.

Collecting and crunching data is a critical way to develop an understanding of the past, present and future of disaster risk and thereby implement the Sendai Framework. Governments have already held two rounds of discussions, in September 2015 and February this year, om Geneva to work on indicators and terminology that will facilitate the process. A final round is due to take place in November.