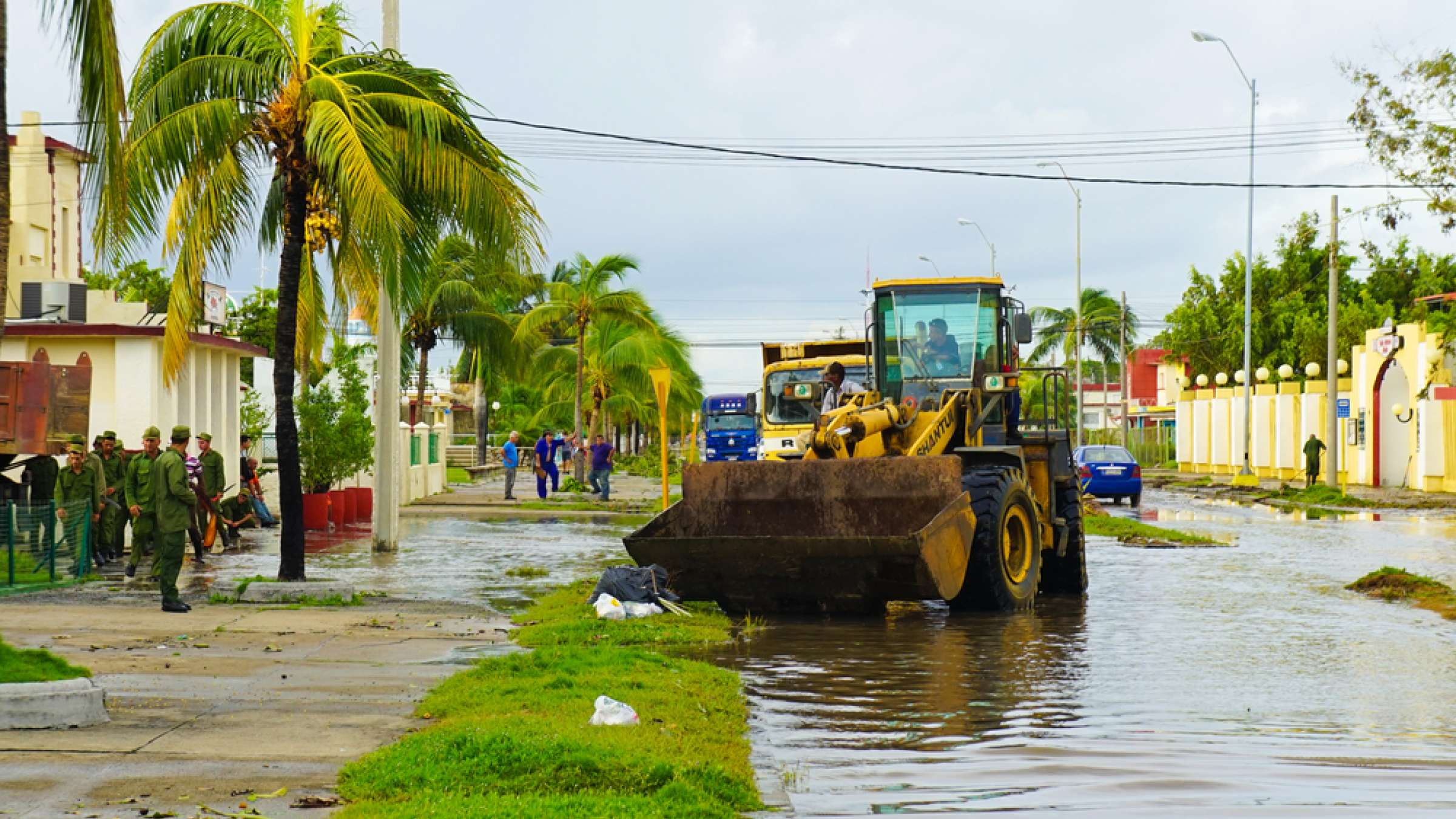 The race is on for Caribbean countries to lock down comprehensive strategies designed to boost disaster risk reduction in the region where emergencies are likely to become increasingly deadly and complex as climate change starts to take its toll, say experts.

Despite logistical hurdles thrown up by the pandemic, the all-encompassing disaster risk reduction strategies countries are steadily putting in place are already helping build resilience and score gains against international targets, they say.

“What the pandemic has shown us is that this whole matter of integrated risk management is absolutely critical,” says Andria Grosvenor, deputy executive director of the Caribbean Disaster Emergency Management Agency (CDEMA).

“It must be a way of life because emergencies can be prolonged, risks can be intensive, they can have cascading impacts.”

By setting up CWPs, Caribbean countries are aligning their strategies with Target E of the Sendai Framework for Disaster Risk Reduction 2015-2030.

This calls on countries to target risk-informed development and resilience by adopting and implementing national and local strategies that include comprehensive goals, indicators and timeframes.

Globally, over 90 countries have reached the Target E goal, according to the United Nations Office for Disaster Risk Reduction (UNDRR) which is working closely with CDEMA to help get Caribbean countries across the line.

Across the Americas and the Caribbean, 49 percent of countries have reached the target versus 55 percent in the Arab states and 53 percent in Europe and Central Asia.

In the Caribbean, Dominica and Barbados have completed their CWPs, says Grosvenor. St Lucia, Guyana and Antigua and Barbuda are close to finalizing their programs while the La Soufriere volcanic eruption has forced St. Vincent and the Grenadines to delay completion until later this year.

“Adopting strategies and plans for disaster risk reduction, which fit with Target E of the Sendai Framework, means countries can reduce mortality and build a future based on sustainable development and economic growth,” says Raul Salazar, chief of the United Nations Office for Disaster Risk Reduction, Regional Office for the Americas and the Caribbean (UNDRR).

Along with the Sustainable Development Goals and Paris Agreement on climate change, Target E urges countries to adopt a more coherence and integrated approach in order to create a more resilient future, he adds.

Experts say the multi-year strategies can help countries spread responsibility for disaster risk management across government departments and actively include businesses, non-profits and the public in supporting risk-informed, sustainable development.

In Guyana, over 18 agencies were involved in developing a comprehensive strategy for the sparsely-populated country which is at risk from flooding, droughts and violent storms, as well as accidents from its nascent oil industry.

Its multi-sector CWP is now awaiting government sign-off after a lengthy process that involved identifying gaps, strengths and weakness across the board, says Allana Walters, acting mitigation and recovery manager at Guyana’s Civil Defence Commission.

Importantly, the CWP acts as a detailed performance monitoring tool that sets out clear timelines, responsibilities and budgets to make it easier for all agencies in Guyana to play a role in disaster risk reduction, she says.

“It’s the performance measurement framework which is the really the crux of the CWP. It really plays a key role in terms of guiding implementation and being more of a live document,” says Walters.

“It demystifies who is responsible for what and when it should be done.”

For small Caribbean nations, putting a CWP in place is no mean feat, says Evangeline Inniss-Springer, director of the University of the West Indies’ Disaster Risk Reduction Centre in Jamaica.

Once they are in place, however, the flexibility of CWPs means they can be revised to help better tackle threats that have emerged or deepened, she says.

“We have the real events now that have tested our plans,” she says, noting  countries could still learn more from catastrophic events.

For some countries, the CDEMA-developed gap analysis and auditing tools used to develop CWPs can help highlight their disaster risk management strengths and weaknesses.

For Trinidad and Tobago, the process has exposed holes in its patchy early warning system, says Anwar Baksh, planning and development officer at the Office of Disaster Preparedness and Management.

Despite funding limitations and complications thrown up by both COVID, Trinidad now hopes its CWP will be approved by the end of 2021 and help it better prepare for risks including tropical storms, floods and industrial disasters, he says.

“Trinidad and Tobago’s concept of disaster management is slowly evolving, it is becoming more understanding of the need to improve resiliency and disaster preparedness,” says Baksh.

“Over the last two years we able to shift the operations of disaster management and take an all-of-society approach to dealing with it.”

For CDEMA’s Grosvenor, CWPs may be core to helping the region better prepare for emergencies but are only one piece of the longer-term puzzle - hammering out a comprehensive, long-term development strategy that envisages what the Caribbean should look like say 50 years down the track is key.

“They will take us through a particular strategic period, but we cannot be satisfied… if we don’t reduce risk, we undermine our development goals,” says Grosvenor.