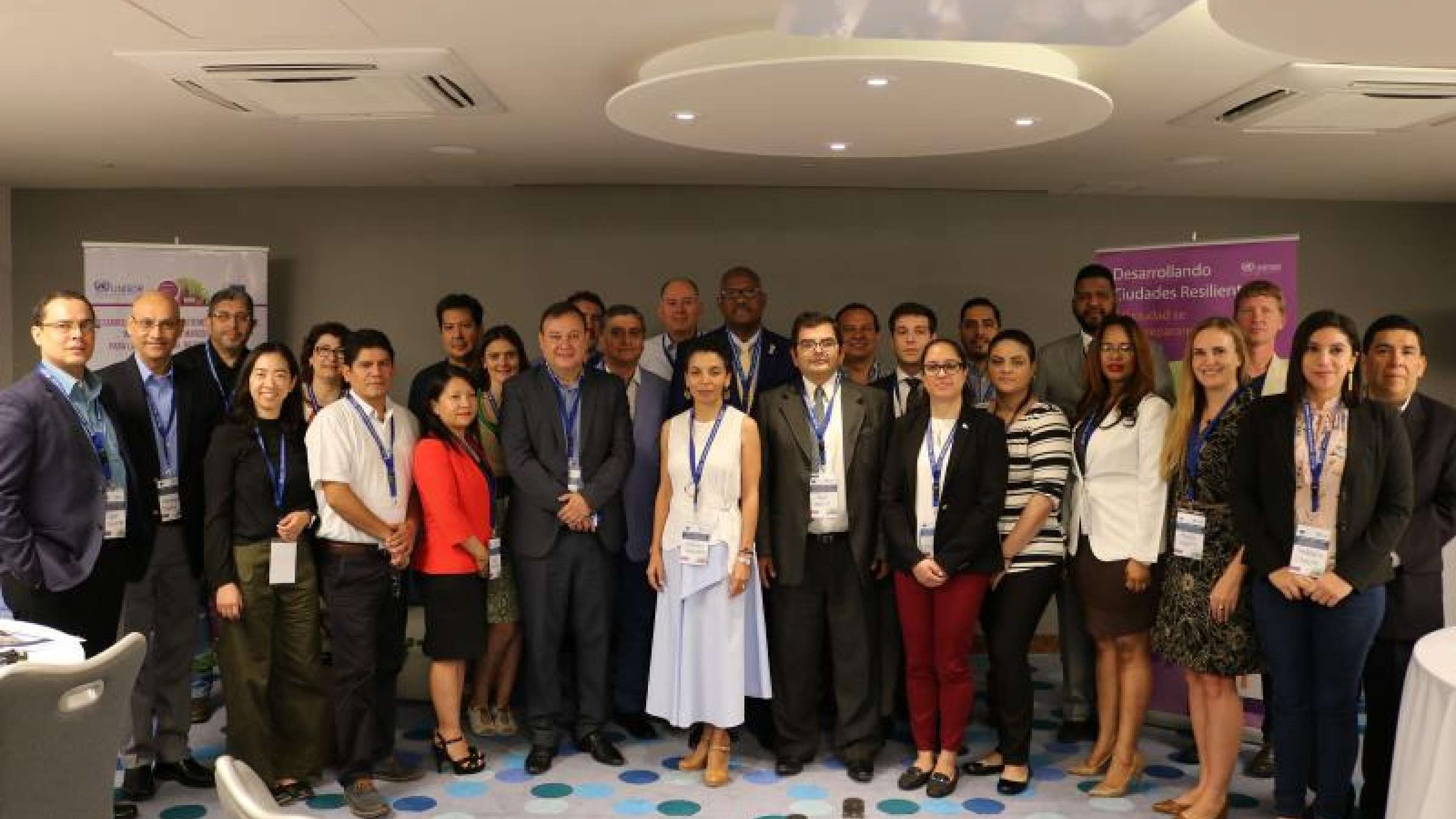 CARTAGENA, 21 June 2018 – Representatives of five cities in the Americas met this week in Colombia at the Sixth Regional Platform for Disaster Risk Reduction to discuss progress against the Sendai Framework, the global plan to reduce disaster losses by 2030.

Santo Domingo Este in the Dominican Republic, Guayaquil in Ecuador, Guatemala City in Guatemala, San Juan de Lurigancho in Peru and Tegucigalpa in Honduras are among twenty cities that have been chosen globally to take part in a three-year programme called Making cities sustainable and resilient: Implementing the Sendai framework for Disaster Risk reduction 2015-2030 at the local level, launched in 2016.

Alfredo Martinez from the city of Santo Domingo Este was the first mayor to officially present his municipal disaster risk reduction plan at the workshop, Sharing experiences: Making cities sustainable and resilient in the Americas.

“Before this initiative, we did not have a plan. Now we have one; this is a big change for us and we are very committed to implement it,” he said.

“The initiative helped us in setting up a municipal committee on disaster reduction which reinforced disaster risk reduction activities and policies in the city.”

The Cartagena workshop follows a training of trainers on developing and implementing disaster risk reduction action plans, which was held recently at UNISDR's Global Education and Training Institute in Incheon, Republic of Korea.

“The programme has forced us to take disaster risk reduction as a main city priority, and this has had an immediate positive effect when we have had to manage the eruption of the Fuego volcano which happened only 50 km from the City of Guatemala”, said Jonathan Del Cid, one of the main municipal coordinators of the programme in Guatemala City.

“We now have a prevention and emergency plan, which has allowed us to issue more local warning to communities. During the eruption, we sent local warning messages to people and asked them not to leave their houses. We also cleaned the volcanic ashes in the streets and reinforced the protection of the airport. The programme has given us new tools to enforce disaster reduction actions,” he said.

“Thanks to this initiative, we also have a prevention plan in place [which] goes beyond the current municipal mandate,” adds Cynthia Borjas, from the Municipality of Tegucigalpa, Honduras. “The plan has helped us increase collaboration between partners and establish new norms to rebuild in a more resilient way when disasters have happened. The city is particularly exposed to floods and mudslides. We have more than 960 barrios in our city and more than 32 percent of the population living there,  highly exposed to these phenomena."

The representative from San Juan de Lurigancho in Lima presented his plan to UNISDR and stressed the importance of getting the legal support of national authorities to also implement national directives for more urban planning, preparedness and community awareness measures.

Guayaquil’s plan features 43 action points that will help to reinforce coordination between different actors so less people will be affected when disasters happen in the Ecuador city.

Mayors will now continue to refine their plans and advance their implementation before presenting them at the next Global Platform that will be held in Geneva, Switzerland in May 2019.