Children in Tajikistan express their views on disaster risk reduction through art, with the support from the European Union

To mark the International Day for Disaster Risk Reduction, the Committee of Emergency and Civil Defense joined hands with UNDRR and UNICEF to organize a Children’s Drawing Contest in Dushanbe, with financial support from the European Union and USAID BHA

DUSHANBE, 7 October 2022 – A children’s drawings contest was held on Friday in Dushanbe to mark the International Day for Disaster Risk Reduction (IDDRR), which is celebrated globally on 13 October.

With financial support from the European Union and USAID’s Bureau of Humanitarian Affairs, the contest was co-organized by the United Nations Office for Disaster Risk Reduction (UNDRR) and United Nations Children’s Fund (UNICEF), in collaboration with the Committee for Emergency Situations and Civil Defense of the Government of Tajikistan (CoESCD), and the Government of Switzerland.

In 2016, the UN Secretary-General launched “The Sendai Seven Campaign” to promote each of the seven targets of the Sendai Framework for Disaster Risk Reduction over seven years. In 2022, the International Day focuses on Target G of the Sendai Framework: “Substantially increase the availability of and access to multi-hazard early warning systems and disaster risk information and assessments to people by 2030.” 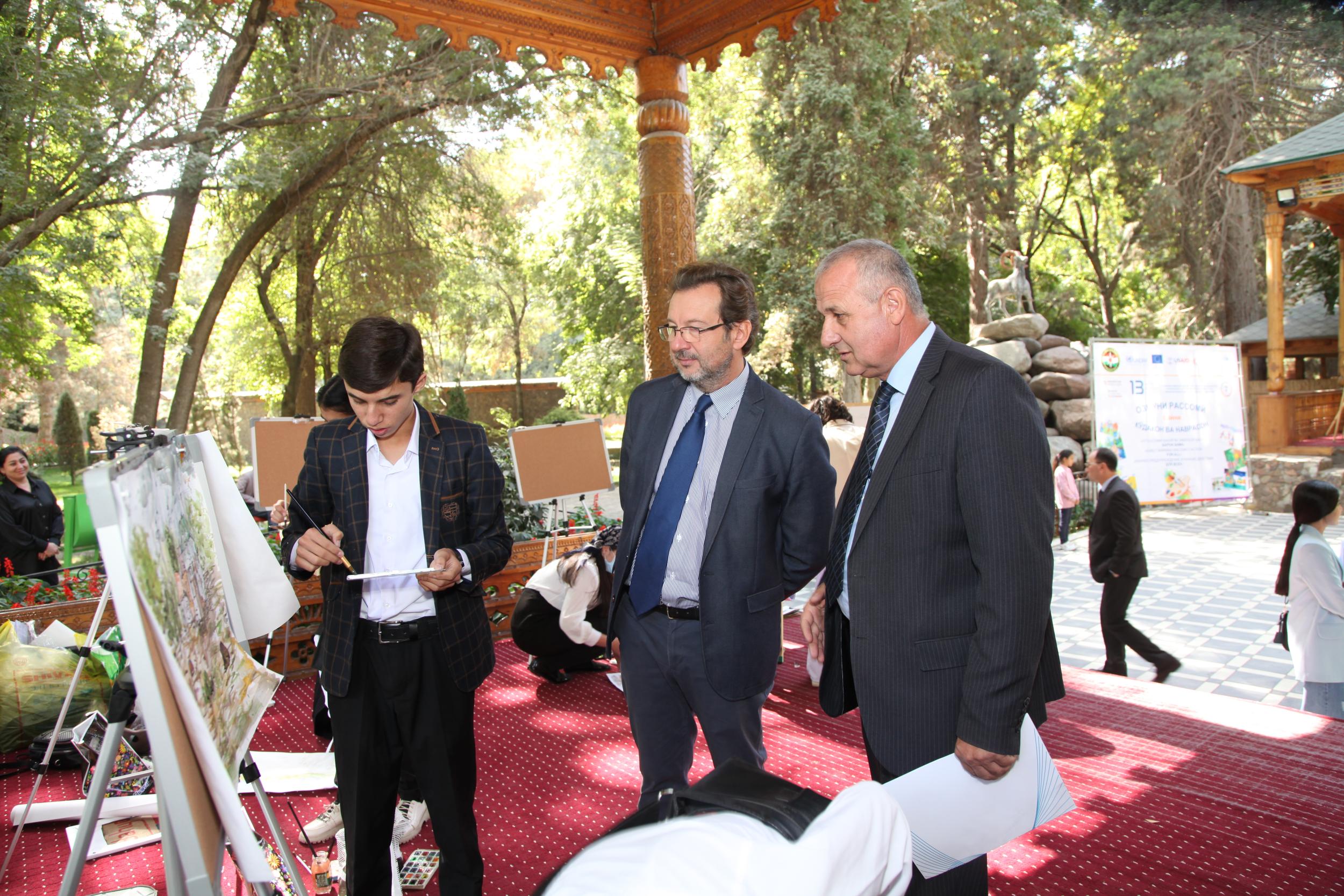 Communicating disaster risk information and advocacy in disaster risk reduction is often challenging due to the lack of clear understanding of hazards and risk, proper knowledge of how to identify then as well as cultural beliefs and specific risk perception. As a result, certain vulnerable groups, especially children and youth, suffer disproportionately when disasters occur. It is therefore important that people-centered early warning systems and preparedness enable early action to minimize the harm to people, assets, and livelihoods.

Approximately 80 children and youth participated at the drawing contest, which aimed at raising their awareness on the global environment, disaster risk reduction, the impact of climate change and the need for joint efforts in protecting the planet and preventing hazards.

In his opening speech, the First Deputy Chairman of the CoES, Mr. Hotamsho Latifzoda noted that: "The main purpose of such events is to popularize the culture of safe living among the younger generation, to inform the general public of the importance of the task of prevention and awareness-raising among the population who are most at risk of becoming victims of natural, environmental and man-made disasters, regarding the available means for preventing the escalation of dangers into disasters."

“You have to know that art makes children powerful and our future in your hands, so let’s make the world a much better place for living”- highlighted Salome Steib, Director of the Swiss Cooperation office in Tajikistan.

“Today another important message is conveyed: “Early warning and early action for all”. It means: “take early action”, because early action can save lives. The primary goal of disaster risk reduction is prevention. But when that is not possible, then it is important that the populations and sectors that are at risk can receive the alert, understand it, and most importantly, act on it,” – said Mr. Giuseppe Aristei, Programme Manager, EU Delegation to Tajikistan.

Mr. Octavian Bivol, Chief, UNDRR Regional Office for Europe and Central Asia, highlighted in his opening remarks: “Investing in building the preparedness of children pays off in not only enabling them to protect themselves, but they also become agents of change who can build the resilience of their families and communities by sharing what they learned”. 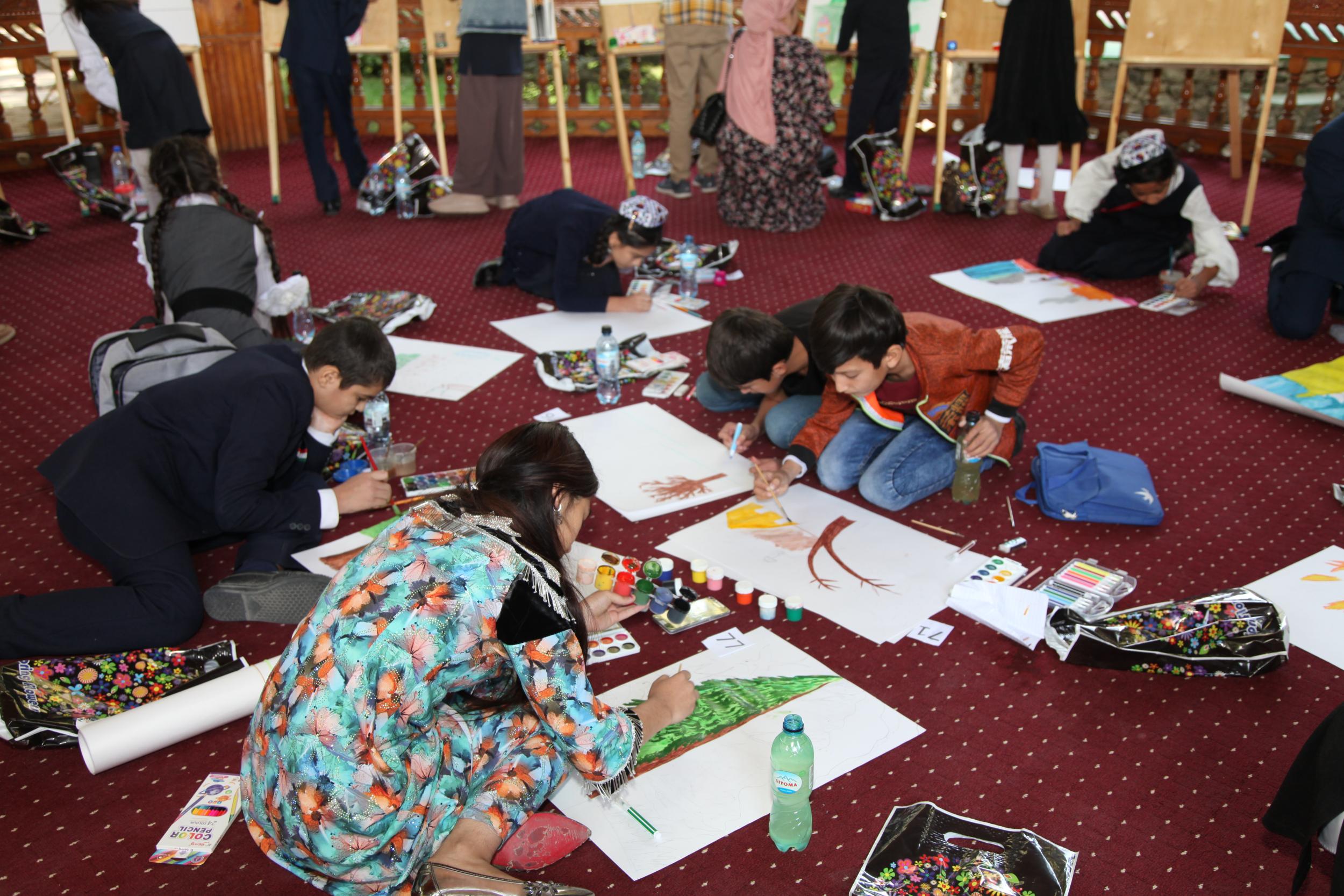 Other UNDRR-led activities for raising awareness on disaster risk reduction amongst children and youth in Central Asia within the EU-funded project include the Sing for resilience contest and the International Day for Disaster Risk Reduction 2022 quiz.

The United Nations General Assembly has designated 13 October as the IDDRR to promote a global culture of disaster risk reduction. It is an opportunity to acknowledge the progress being made toward reducing disaster risk and losses in lives, livelihoods and health in line with the Sendai Framework for Disaster Risk Reduction 2015-2030 adopted at the Third UN World Conference on Disaster Risk Reduction in Japan in March 2015.

The Sendai Framework has seven global targets and 38 indicators for measuring progress on reducing disaster risk and losses. These indicators align the implementation of the Sendai Framework with the Paris Agreement on climate change towards the achievement of the Sustainable Development Goals.

In 2016, the UN Secretary-General launched “The Sendai Seven Campaign” to promote each of the seven targets over seven years. In 2022, the International Day will focus on Target G of the Sendai Framework: “Substantially increase the availability of and access to multi-hazard early warning systems and disaster risk information and assessments to people by 2030.”

To raise awareness and mobilize action around these calls, the United Nations Office for Disaster Risk Reduction (UNDRR) is using the 2022 IDDRR, to call for greater investment in expanding early warning and early action for all.

People-centred early warning and preparedness systems can enable early action to minimise damage to people, property and livelihoods. Early warning systems should ensure that populations and sectors at risk can receive a warning, understand it and, most importantly, take action. Hence, early warning should initiate early action that is well-prepared and tested.

Background information about the project