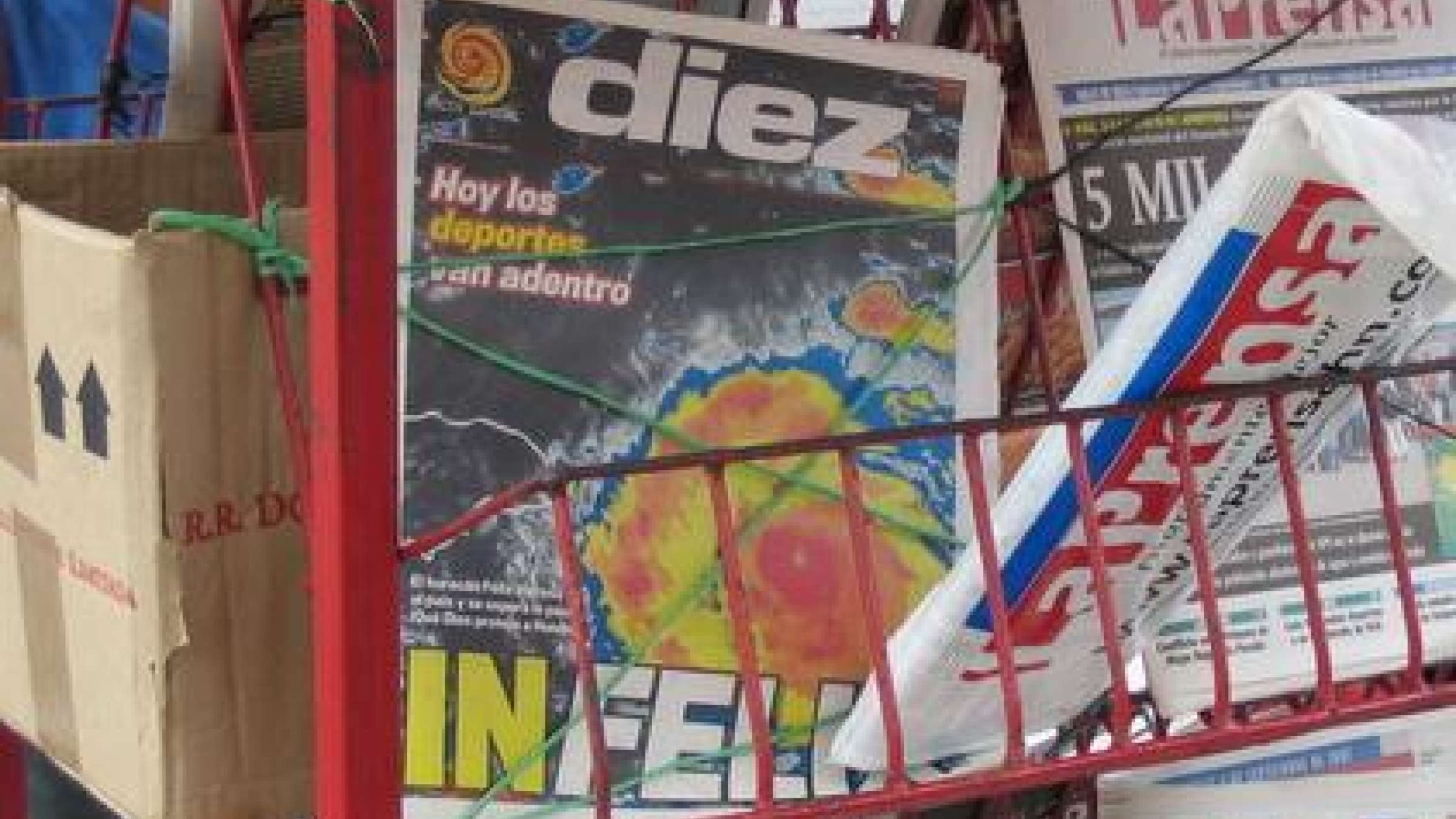 TEGUCIGALPA, 11 May 2012 - Weak disaster preparedness and recovery planning in two of the world's most disaster-prone countries were discussed over four days this week by government officials, mayors, local government representatives and international risk management experts in Tegucigalpa, Honduras, as they seek to develop national disaster recovery plans for Honduras and neighboring El Salvador.

Addressing the UNISDR-organized International Training Workshop on Planning for Disaster Recovery which ended yesterday, Jose Manuel Hermida, the UN Resident Coordinator in Honduras observed that "the high vulnerability of Honduras and El Salvador is not so much related to the number of disasters that have hit the region as the weakness of disaster preparedness and post-disaster recovery".

Participants included mayors and local government officials from four cities which are members of the UNISDR Making Cities Resilient campaign which has over 1,000 members worldwide, Santa Tecla and Comasagua in El Salvador, and Cantarranas and Tegucigalpa in Honduras. The cities are vulnerable to a range of hazards including floods, earthquakes, volcanic eruptions, hurricanes and mudslides. Hurricane Mitch in 1998 was the worst disaster event in recent memory.

Strengthening regional capacities in disaster recovery planning is one of many critical areas identified for action by UNISDR with the support of the European Union.

"The Making Cities Resilient campaign will have a good effect on communities in Honduras and El Salvador. They will identify opportunities to take action that will enable early recovery for impacted areas and mechanisms that will provide lasting disaster resilience," said Oscar Ortiz, Mayor of Santa Tecla, designated by UNISDR as a Campaign Champion for his commitment and dedication to making his city one of the more resilient and secure ones in Central America.

Key to the discussions were the contributions provided by the International Recovery Platform (IRP), involving three international experts based in Japan, where the world's 10-year blueprint for disaster reduction - Hyogo Framework for Action Hyogo (2005-2015) was adopted.

"This meeting will help in the formulation of national recovery plans based on the needs of both countries as well as continued capacity building", said Jorge Meléndez, the Presidential Secretary of El Salvador's Ministry of Vulnerability Affairs (SAV) in his opening remarks.

"Risk management must go beyond just responding to emergencies. It has to contribute to sustainable development, it must be guided by the 'building back better and stronger' principle and above all informed by the common sense logic of resilience," said Julio Garcia, Regional Officer of the UNISDR Americas Office.

President of the Permanent Commission for Contingencies of the Government of Honduras (COPECO), Lisandro Rosales, stressed that risk management should be based on a joint mechanism - defined by state policies - which links recovery to development at the local, municipal, regional and national levels.

"Disasters provide us with opportunities for change, to start new and better development processes based on integrated risk management. We cannot continue rebuilding risk, and although it sounds difficult and cold, tragedy should serve to move us forward and not backwards," remarked Rosales.

Ivan Morales, Executive Secretary of the Center for the Prevention of Natural Disasters in Central America (CEPREDENAC), noted that between 1998 and 2008, 23 percent of disaster casualties had been concentrated in the Americas stressing that, "such a scenario, forces us to consider prevention as an essential element of development."

"In the past 30 years, Honduras has experienced 51 disasters due to earthquakes, floods, landslides, hurricanes and forest fires. These disasters have accounted for losses of more than $4.5 billion, with $4 billion due to 14 hurricanes recorded in the [30-year] period. The natural hazard with the greater impact was Hurricane Mitch," remarked Hermida.

The Workshop was organized by UNISDR's Regional Office for the Americas of the United Nations Office for Disaster Risk Reduction, UNISDR, CEPREDENAC, with the support of COPECO and UNDP.