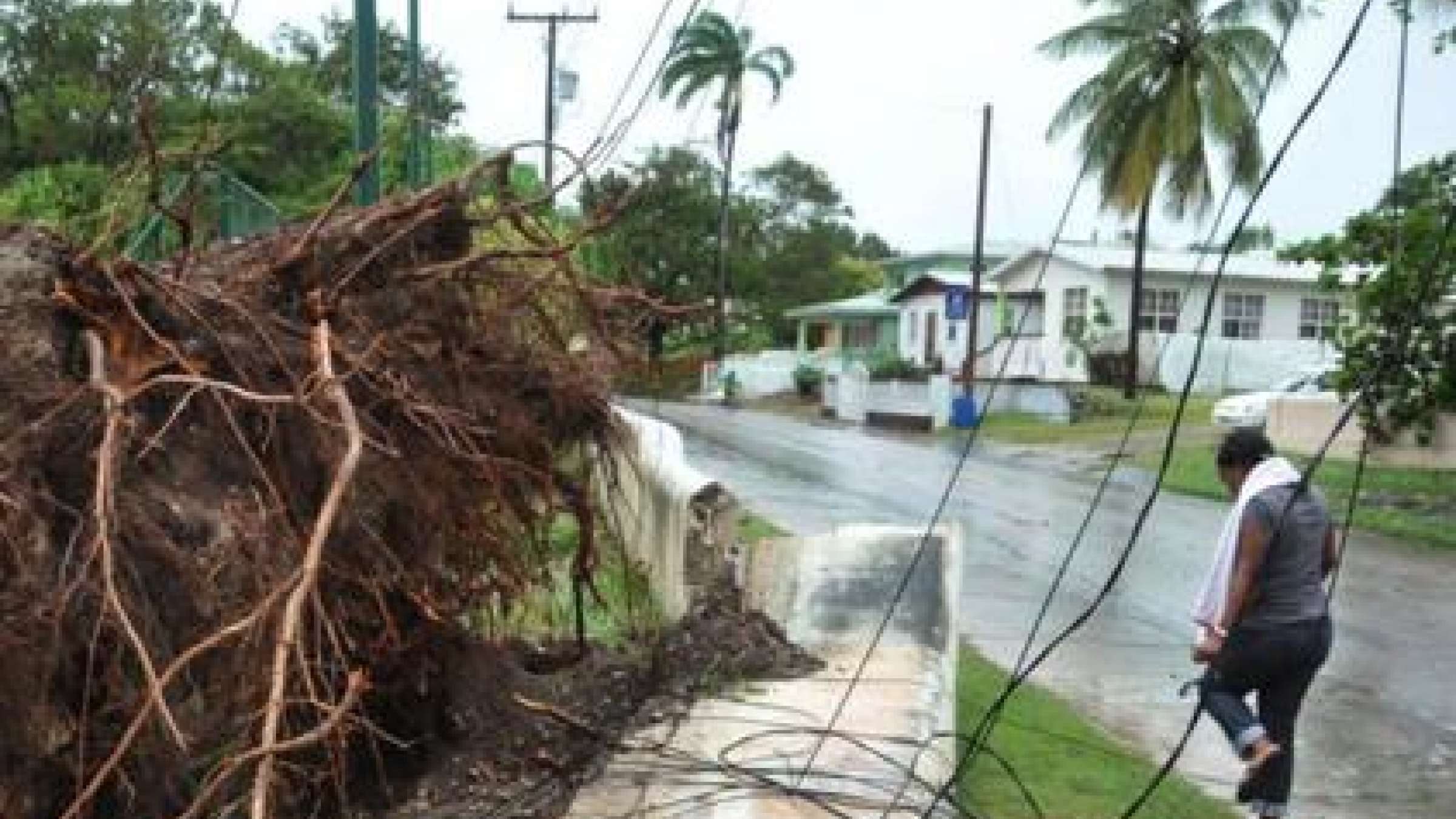 GENEVA, 15 June 2012 - As the 2012 Atlantic Hurricane Season kicks off, all 16 member governments of the Caribbean Catastrophe Risk Insurance Facility (CCRIF) have committed for the sixth year in a row to renew their hurricane and earthquake insurance for 2012-2013 and earned themselves a 25% premium rebate.

Tropical Storms Alberto and Beryl marked the first time in over a century that two named tropical depressions have materialized before 1 June. The U.S. National Oceanic and Atmospheric Administration forecasts (NOAA) that the 2012 season will have reduced activity compared with the 1981-2010 average. Its Climate Prediction Center estimates that 2012 will have nine to 15 named storms. One to three will become major hurricanes with peak winds of 111 mph (178.6kmh).

For the 2012-2013 year, which began on 1 June, CCRIF provided its member countries with a premium rebate - 25% of the premium paid in the previous year. It encouraged governments to use these savings to either purchase additional coverage, or implement programmes to improve disaster resilience as well as climate change adaptation.

Since 2007, CCRIF has made eight payouts -- on three earthquake and five hurricane policies - totalling US$32,179,470 to seven member governments. These funds have been used to capitalize special recovery funds, restore services and clear affected areas as well as to generally "keep the wheels of government turning" following a disaster.

According to the UNISDR's 2011 Global Assessment Report on Disaster Risk Reduction, while the mortality risk from cyclones has decreased globally, in 2010, that risk was still higher in Latin America, the Caribbean and South Asia than 1990 levels.

GDP exposure also increased rapidly in East Asia and the Pacific, as well as in Latin America and the Caribbean from 2000-2009. The UN report warns that the risk of losing wealth in disasters associated with tropical cyclones is increasing faster than wealth itself is increasing.

Meanwhile, Jamaica kicked of its disaster preparedness month - under the theme: 'Embrace Climate Change Realities - Build Disaster Resilient Communities' - to coincide with the start of the hurricane season. At the launch, Acting Director of the Meteorological Service of Jamaica, Jeffrey Spooner, warned that although reduced hurricane activity is expected, Jamaicans should not become complacent, but still prepare.

Minister of Local Government and Community Development, Noel Arscott, said, "Disasters can have far-reaching economic impact as well as devastating effect on local communities and it is our actions at the community level that will determine the extent of the damage and the length of the recovery period."

Director General of ODPEM, Ronald Jackson, said: "Our organizational focus has been on multi-hazard planning for communities through the BDRC project. These are interventions, which we feel are going to be significant in addressing some of the climate change risks, certainly at the community level."

Three CCRIF members have local governments which have joined the UNISDR's World Disaster Reduction Campaign - Making Cities Resilient: My City is Getting Ready: Portmore in Jamaica, Port of Spain in Trinidad and Tobago as well as Bridgetown and Christchurch in Barbados.

As of today, 1,047 cities around the globe have signed up to it. The Campaign advocates among other things, widespread commitment by local governments to build resilience to disasters.