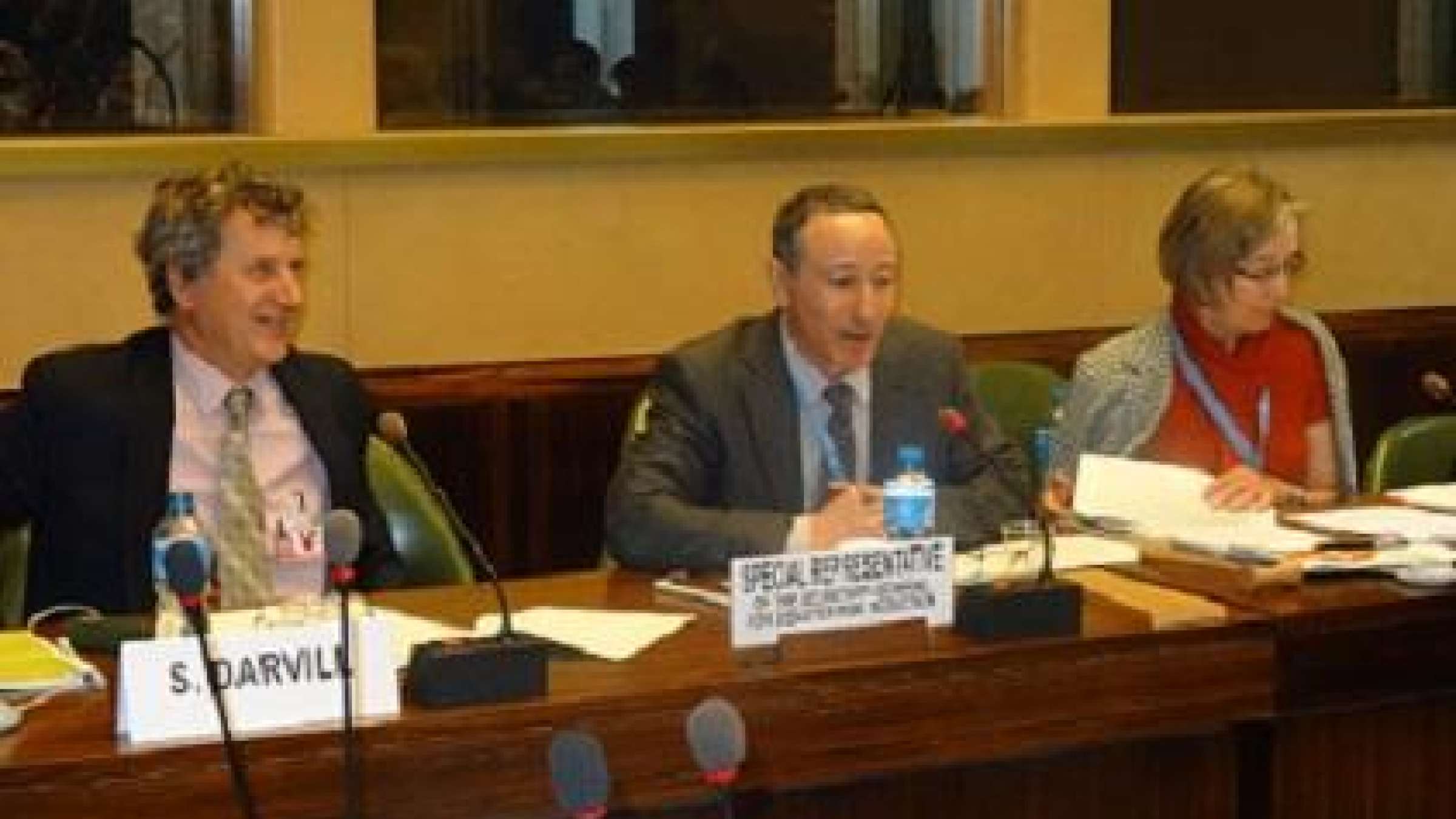 GENEVA, 27 April 2017 - Australia estimates that its annual economic losses from disasters will triple to US$17.7 billion by 2050 as it embarks on a new initiative to integrate climate change action and disaster resilience.

The government has also embarked on a data readiness review to assess national preparedness to report on implementation of the Sendai Framework for Disaster Risk Reduction, adopted two years ago by UN Member States as a global plan for reducing disaster losses with a focus on mortality, numbers of people affected, economic losses and critical infrastructure.

Mr. Steve Darvill, Director with the Australian Department of Foreign Affairs and Trade, told the April UNISDR Support Group Meeting that the country is subject to a wide range of disasters including bush fires, heatwaves, floods, storms, tsunamis, earthquakes and landslides.

“Just last month Cyclone Debbie brought extraordinary flooding to northern Queensland. In the town of Rockhampton the flooding was the worst seen since 1954,” he said.
Since 2009 over 200 people have lost their lives in disasters mainly from heatwaves. In 2015, economic losses were US$6.5 billion or .6% of GDP. Economic losses from disasters will be a key issue of discussion at next month’s Global Platform for Disaster Risk Reduction in Cancun, Mexico.

The Australian Government has now established a Disaster and Climate Resilience Reference Group which aims to integrate risk and resilience considerations into planning, policies and programmes of all government departments.

“it is a new approach to ensuring collaboration and cohesion in delivery of our commitments across the various international and domestic frameworks including the Sendai Framework for Disaster Risk Reduction and the Paris Agreement on climate,” he said.

The Reference Group is co-chaired at Deputy Secretary level by the Attorney-General’s Department and the Department of Environment and Energy.

In 2015, Australia carried out a review of its National Strategy for Disaster Resilience to ensure alignment with the Sendai Framework and it is currently participating in a data readiness review to assess preparedness to report on its implementation.

“We have engaged Data61 – the data innovation arm of the Commonwealth Scientific and Industrial Research Organisation (CSIRO) - to lead this review, which will consider existing datasets and inform further national consideration of the most pragmatic and effective way to report on Sendai Framework implementation, “ Mr. Darvill said.

Challenges in reporting on some indicators included inconsistencies in some of the data collection but Australia sees “the indicators as an important mechanism for reporting , and driving momentum… we will take stock once the readiness review is completed.”
Since the 2009 Global Platform for Disaster Risk Reduction recommended a target of 1% of ODA be spent on disaster risk reduction, Australia has consistently exceeded the target.

Australia’s aid programme is assisting several countries to implement the Sendai Framework including through the Philippines Disaster and Climate Risk Management Initiative, a five year programme to support integration of disaster and climate change preparedness across government systems and communities.

Australia is investing some US$30 million in climate and weather services, and in disaster and climate risk governance through UNDP’s Pacific Risk Resilience. Assistance is also being extended to Pacific island countries to tap into the Green Climate Fund. Australia also provides important donor support to UNISDR.