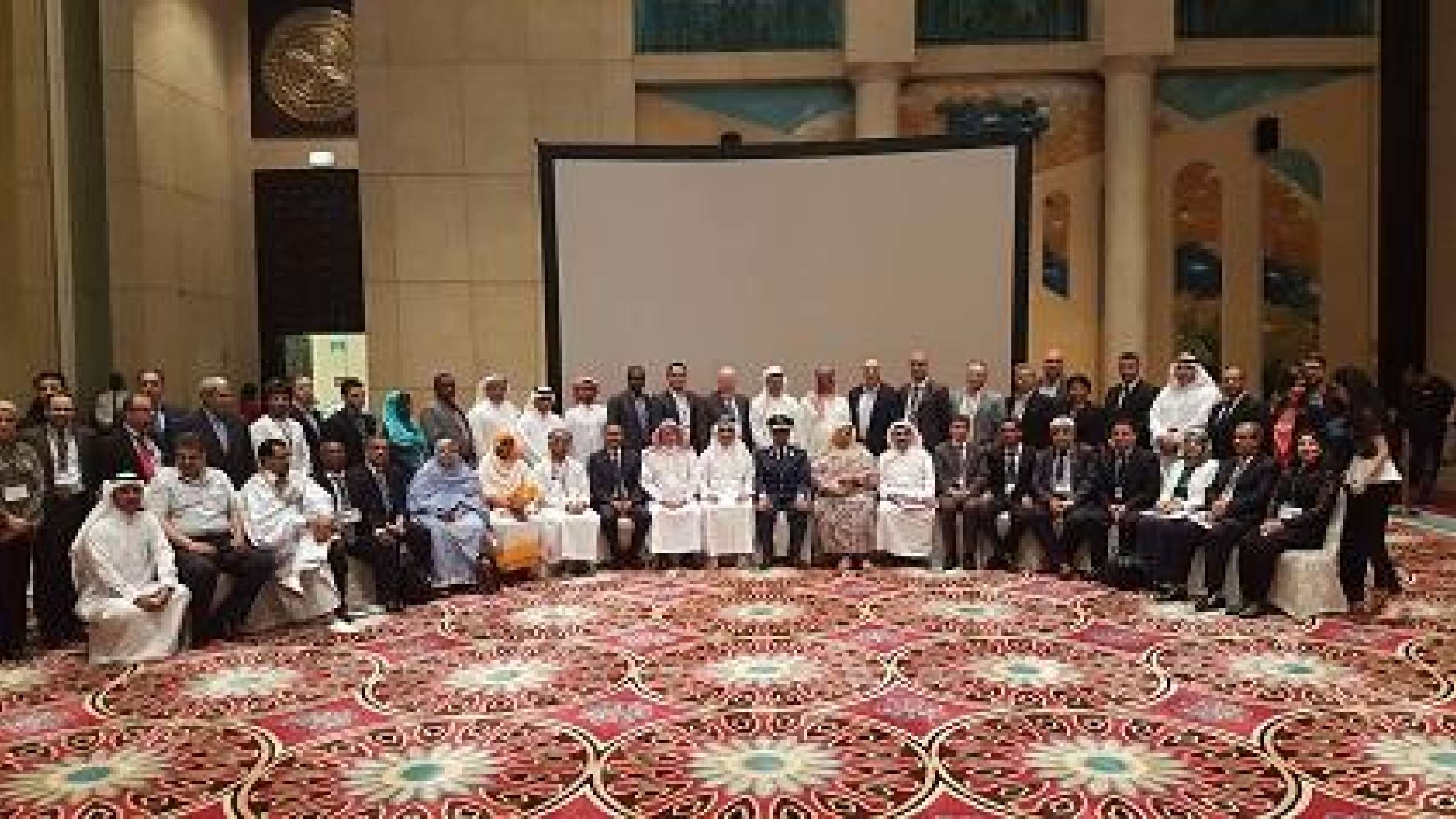 Delegates at the 3rd Arab Preparatory Conference on Disaster Risk Reduction, which was hosted by Qatar and wrapped up on Monday (Photo: UNISDR)

CAIRO, 4 May 2017 – Countries from across the Arab region have set out their collective stance ahead of the looming 2017 Global Platform for Disaster Risk Reduction, following similar moves by other parts of the world.

“We need a comprehensive approach to address the challenges of disaster risk reduction in the Arab region,” Mohammed Bin Abudullah Al Rumaihi, Qatar’s Minister of Municipality and Environment, told delegates at the conference, which took place on Sunday and Monday.

“Qatar is pleased to host this important meeting which brings important outcomes that could strengthen our joint cooperation to reduce disaster losses and to build resilience to disasters across the Arab region,” he added.

Within the past three decades, more than 70 million people have been affected by disasters in the Arab region, with 330 separate events resulting in more than 160,000 deaths. Rapid urbanisation, environmental degradation, water scarcity and migration trends were all recognised as drivers of risk across the region, alongside conflicts and political turmoil.

Delegates wrapped up the event by adopting the Doha Declaration, with a representing a series of comprehensive recommendations towards building resilience to disasters. It follows similar statements issued over recent months by conferences in Africa, the Americas, Asia, Europe and the Pacific regions.

The conference underlined that translating the Sendai Framework into tangible actions at national level should be done in coherence with other international agreements and processes, including the 2030 Agenda for Sustainable Development and the Paris Agreement on climate change.

“Arab states not only updated the Arab Strategy for Disaster Risk Reduction 2030 to align it with the Sendai Framework, but took important steps towards implementation by identifying a regional mechanism to facilitate disaster risk reduction actions in the Arab region through the League of Arab states,” said Mr. Amjad Abbashar, who heads the Regional Office for the Arab States of the UN Office for Disaster Risk Reduction (UNISDR).

In his speech, Mr. Abbashar extended his thanks to the League of Arab States, and the State of Qatar for hosting the conference, underlining the fact that it came shortly before the Global Platform.

The biennial Global Platform is the world’s top disaster risk reduction meeting, and the latest edition, which runs from 22 to 26 May, is particularly important because it is the first since the adoption of the Sendai Framework.

Key elements in the Doha Declaration include the call to develop a strategic work programme with clear priorities in line with the Sendai Framework, with the first milestones being in 2018-2020. The latter year is the Sendai Framework’s target for increasing the number of countries around the world with specific disaster risk reduction plans, which is critical to meeting by 2030 the remaining six targets, including on curbing deaths and economic impacts.

The Doha Declaration also called for a stronger role for science and technology in the Arab region, in line with a global drive launched at a UNISDR conference in January 2016. It emphasised the need to appoint a scientific focal point to represent each country at the Arab Science and Technology Advisory Board, set up in November 2015.

“We hope to put in action the Arab Science and Technology Advisory Board as a mechanism towards supporting the implementation of disaster risk reduction in the Arab region,” said Ambassador Shahira Wahbi, Chief of Natural Resources Sustainability and Partnerships at the League of Arab States.

In addition to strengthening coordination between Arab member states in support of the implementation of the Arab Strategy for Disaster Risk Reduction 2030 and the Sendai Framework, Ambassador Wahbi noted that the League of Arab States will reinvigorate the existing Arab coordination mechanism on disasters, adopted by the region in 2007.