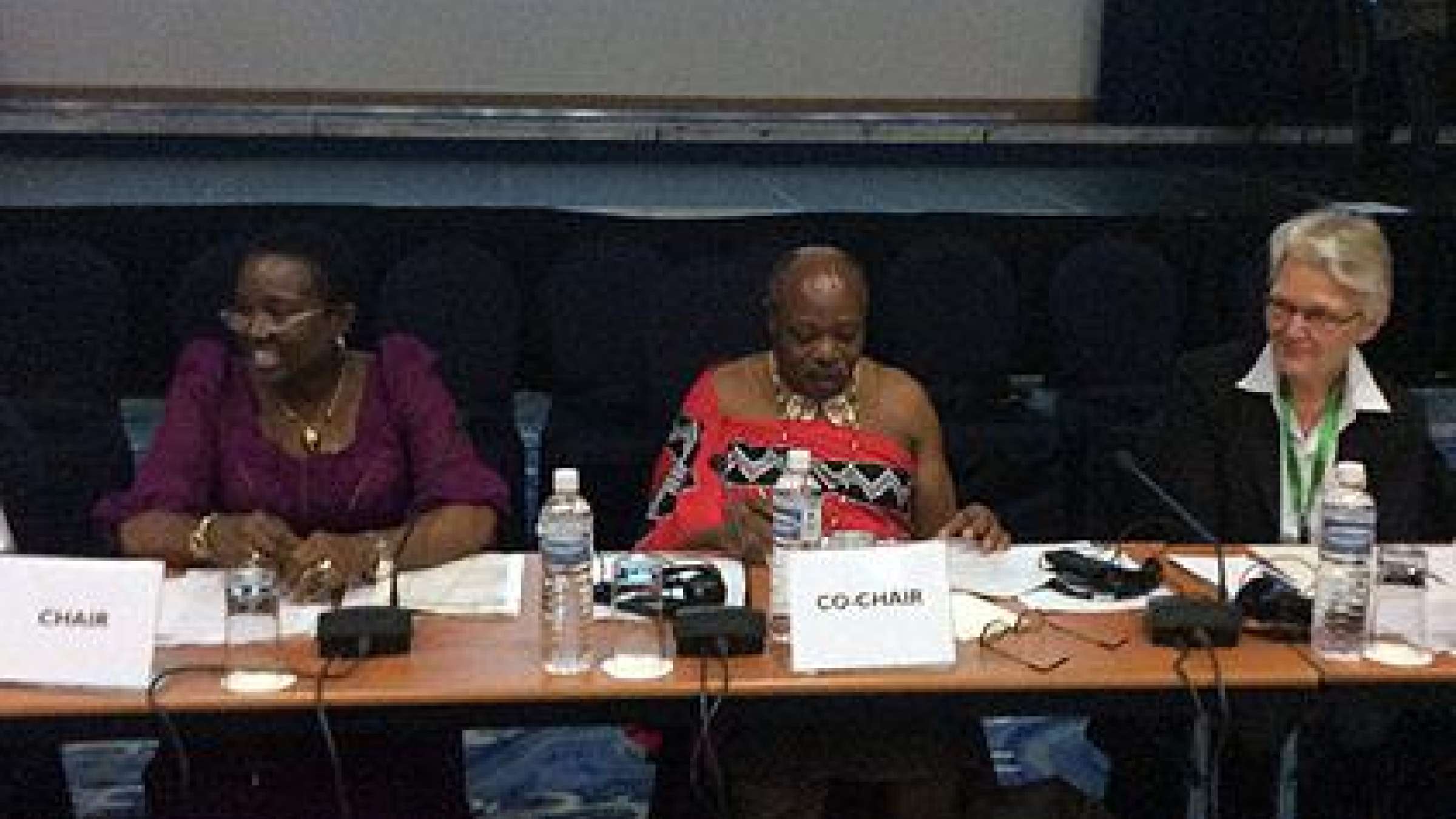 ABUJA, 16 May 2014 – Africa today became the first world region to make a comprehensive set of recommendations for a new UN global agreement on reducing disaster risk, recognizing that most disasters in Africa are water-related and that efforts are needed to prevent conflict as part of overall efforts to build resilience to disasters.

On the closing day of the 5th Regional Platform for Disaster Risk Reduction (May 13-16), which has been attended by over 900 participants, a minute’s silence was observed by representatives from Africa Union members for the safe release of the Nigerian schoolgirls taken hostage a month ago and in memory of all those who have lost their lives in terrorist attacks across the country.

The Head of UNISDR, Margareta Wahlström, said: “Africa’s focus on people and addressing their vulnerabilities comes through clearly in the summary statement. It also recognizes the need to build on the existing Hyogo Framework for Action and to become more action-oriented and accountable.

The Deputy Prime Minister of Swaziland and Co-Chair, Paul Dlamini, welcomed the outcome Statement: “We are sharing our views well in advance of the Third UN World Conference on Disaster Risk Reduction next year. Our greatest concern is that international cooperation helps us to reduce the impact of disasters on the poor and the most vulnerable. We must work closely together across all regions if we are to save lives and improve the quality of life in our countries.”

The Statement calls for strengthened institutional capacity to enforce legislation and more decentralization of responsibilities and resources. It notes that public participation in policy development will better ensure that particular vulnerabilities of girls, boys, women, elderly, and persons with disabilities, are addressed.

The Statement recognizes the impact of climate change on urban areas and calls for disaster-sensitive physical planning, enforcement of building codes and investments in resilient urban infrastructure which can be applied to prevent the accumulation of further risks.