Africa Climate Week: How can climate change adaptation and disaster risk reduction be most effective? 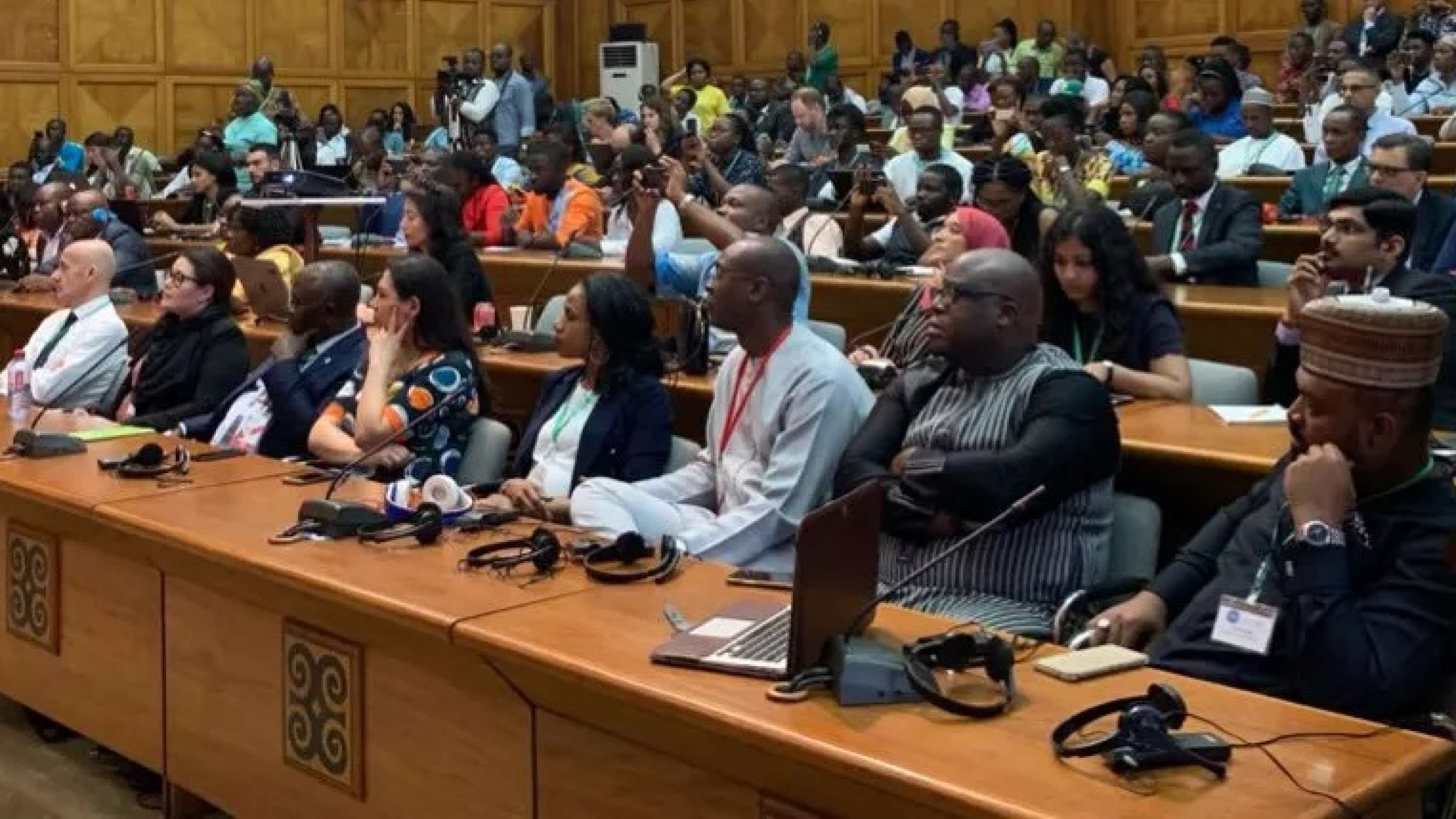 As part of Africa Climate Week 2022, the United Nations Office for Disaster Risk Reduction held a side event titled “Road to COP27: Scaling up Joint Action for Comprehensive Disaster and Climate Risk Management.”

The Bali Agenda for Resilience, a key outcome of the recent 7th Session of the Global Platform for Disaster Risk Reduction, calls for adopting integrated approaches to climate change adaptation and disaster risk reduction. For this to be effective, UNDRR believes the whole of society should be taken into account, and that space should be created to listen to local voices and lived experiences from those living on the frontline of risk. Representatives from African member countries including Benin, Uganda and South Africa spoke at the event, sharing their experiences and good practices in planning and implementation.

Toussaint Adjehounou shared recent advances in considering climate change during DRR planning at the national and sub-national levels in Benin. After the 2020 floods, a National Platform for Disaster risk reduction and Climate Change Adaptation was established to foster climate resilience. Since then, Benin has been coordinating with relevant actors through the national platform, to allow a place for unification, exchange and collaboration among all actors at the national and sub-national levels. A number of policies and laws on disaster risk reduction and climate change exist in Benin and help the country toward better climate resilience. To create more coherence among climate change and DRR practices, Benin is seeking to increase investments in capacity building and advocacy at the government level, and to set up a national framework or plan to foster integration.

Agnes Bugaba, speaking from Kampala City, Uganda, shared ongoing initiatives from the Kampala Capital City Authority (KCCA) to promote disaster and climate risk management at the local level. Kampala is Uganda’s capital city and a business hub, contributing about 60% of the country’s GDP. The KCCA realized that its climate change action strategy, completed in 2020, did not consider hazards such as fires, road accidents, or collapsed buildings, which are increasing as the city grows. It hence created a new Kampala Disaster Risk Climate Change Resilience Strategy 2021 to better integrate natural and technological hazards.

Bugaba said the keys to creating synergy between CCA and DRR are mapping common goals across ministries, departments and agencies; carrying out awareness campaigns to stakeholders including local communities; and securing financing. Kampala City still needs to raise finances to fund projects aimed at achieving resilience at the local level, and also consolidate its efforts in sensitization and engagement of different stakeholders.

The UN Secretary-General António Guterres has called to ensure every person on Earth is protected by EWS within five years. This requires a massive scale-up of efforts to enhance risk knowledge, strengthen monitoring and forecasting, develop preparedness plans and widen dissemination mechanisms – elements outlined in the Target G of the Sendai Framework for Disaster Risk Reduction on multi-hazard early warning system.

Emmanuel Letebele from the eThekwini Municipality in South Africa highlighted the municipality’s “Transformative Riverine Management Programme,” which aims to reduce stormwater blockages and damage to road culverts during flash floods resulting from urban waste.  Through the Programme, several case studies focused on enabling community ecosystem-based adaptation and climate change resilience. One of these case studies was related to informal settlements at Quarry Road West Area which was identified and located at high-risk sites/areas.

In April of this year, historic flooding caused massive damage in the Durban area. However, through the programme, high risk areas were mapped, and risk information was enhanced and used to strengthen early warning systems. As a result, settlements along the river were able to evacuate in time, and there was no loss of life from drowning. The programme has also created employment for vulnerable communities and has helped turn invasive species into fertilizers and other byproducts.

“The key takeaway from the riverine programme is that we are able to build capacity for the communities, and by extension build a resilient community able to make independent decisions,” Letebele said. “We are enhancing disaster preparedness for early action, and when we rebuild, we build back better.”

Adessou Kossivi, from The Global Network of Civil Society for Disaster Risk, stressed the need to combine any climate action with action on poverty.

“In Africa, you can’t talk about resilience without thinking about poverty,” he said. “Poverty is the root cause of almost all vulnerabilities in Africa.”

While climate change and disaster risk are easy to link together, he said poverty is sometimes harder to link to disasters, but equally imperative to consider. He also emphasized that collaboration between international actors, scientists, and the local community is essential in finding solutions that can really address the root causes of the vulnerabilities to ensure that the provided solution is sustainable.

“It’s important on the road to COP 27 to reflect the way DRR and climate ethos can come together to provide an inclusive solution that builds the resilience of communities by transforming their daily realities and building their daily resilience.”

He noted that empowering the communities and enhancing their capacity to deal with climate change challenges using indigenous solutions and local knowledge is crucial. It is therefore very important to engage with the local community at the early stages of implementation.

“It is time for scientists and local communities to talk, share, exchange,” he said. “It is also important for climate actors and DRR actors to talk together to provide solutions.”

UNDRR is joining hands with WMO to launch a major report on early warming at the International Day for Disaster Risk Reduction and the two organizations will subsequently host an event at the COP27 on ‘Scaling-up early warning and early action through comprehensive disaster and climate risk management.’