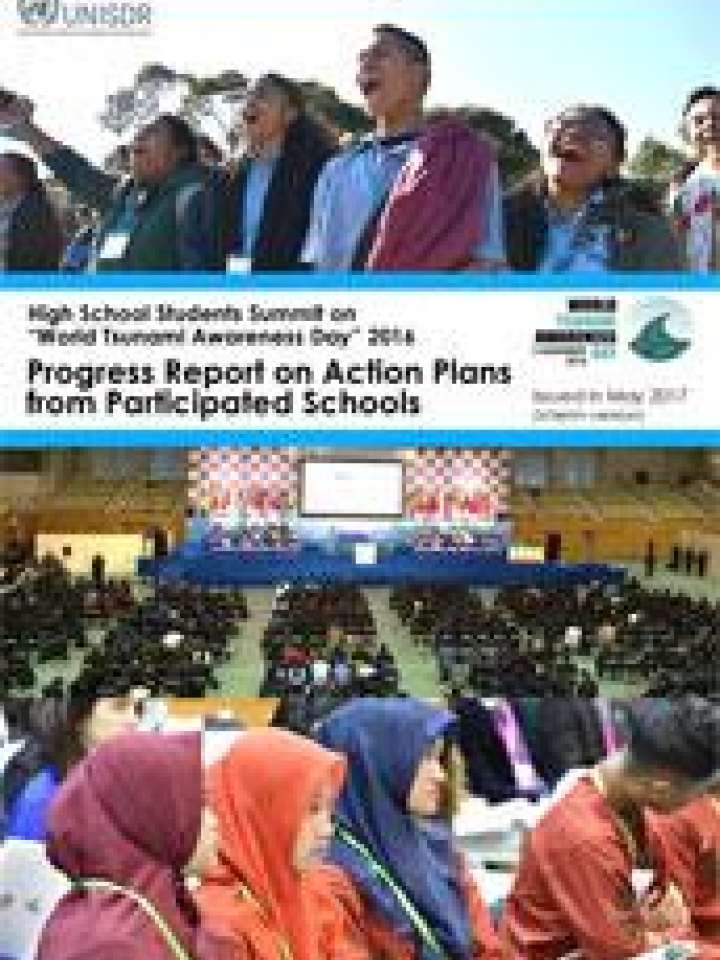 In December 2015, a resolution jointly proposed by 142 countries including Japan on the creation of a World Tsunami Awareness Day, was adopted by consensus at the 70th Session of the United Nations General Assembly. The objectives of the World Tsunami Awareness Day are to raise public awareness of the risk caused by tsunamis and to enhance tsunami preparedness and countermeasures.

Being designated as “Young Ambassadors for the World Tsunami Awareness Day”, those students participated in the High School Students Summit on “World Tsunami Awareness Day” in Kuroshio are implementing a number of “Action Plans” presented by them during the workshops at the Summit to enhance resilience of their schools and their local communities with the spirit of the Kuroshio Declaration.

This booklet compiles follow up activities and progress made by those students who participated in the Summit, with the aims at accumulating activities and efforts to implement their Action Plans as examples of good practices.

The United Nations Office for Disaster Risk Reduction (UNISDR), through its presence in Japan, co-organized the Summit and coordinated the development of this booklet to help disseminate those students’ efforts and activities with the international community, so that young generation in different countries in the world can learn from them and be encouraged to take actions in their schools and communities.