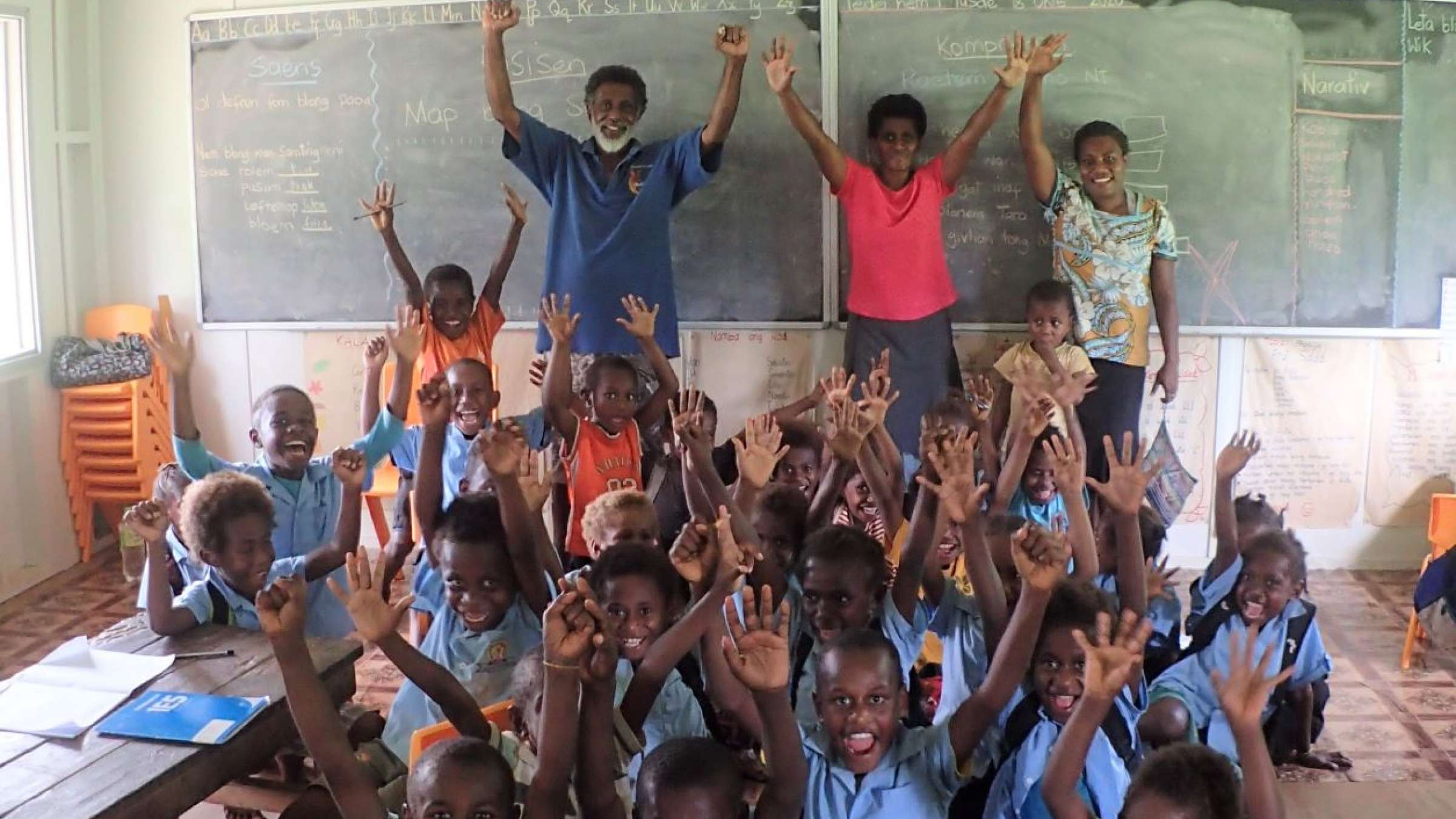 Pupils at a classroom in Balon school, Vanuatu
Alex Bortoli

Resilient infrastructure protects people during disasters and enables communities to recover quickly in the immediate aftermath of a crisis.

Two examples from Vanuatu during and after Tropical Cyclone Harold – a Category 5 storm – illustrate the point powerfully.

During the devastating storm, the two classrooms of Balon School on the island of Santo served as official cyclone shelters protecting around 10 families (approximately 50 people) over two days during the worst weather. One week after Harold passed over the island of Santo, Balon School played an important role in local recovery efforts through the hosting of a psycho-social workshop to help locals deal with the compounded stress from TC Harold.

School teachers shared important information to help families recover quickly in a workshop that was coordinated by School Improvement Officers from the Sanma Education Office.

“The classrooms were very strong, very resilient. Once we closed the wooden shutters, only a small amount of water came in, mostly through the crack under the door, even though we could hear the wind whistling outside, moving trees and branches around and the rain crashing on the roof,” said School Principal John Harry. “There was no damage to either of the classrooms after the storm which meant we could start teaching again soon after.”

The example of Balon School highlights the value of disaster resilient infrastructure in disaster-exposed countries such as Vanuatu, where many rural schools act as social and educational hubs for local communities.

Balon School caters to 150 students ranging from kindergarten through to Year 6. It was selected as a pilot under the Australian Government-funded Pacific Humanitarian Social Infrastructure as part of the Recovery Acceleration through Prefabricated Infrastructure Deployment (RAPID) programme.

Built in 1977, Market House was renovated in 2019 to strengthen its disaster and climate resilience so that its many vendors – predominantly women and including persons with disabilities – could continue to trade. The renovation included a Category 5 cyclone-resistant roof, more durable flooring and a new water drainage system to reduce the risk of flooding and damage during extreme weather events.

Cyclone Harold hit the town only six months after the renovations. Despite wind speeds of up to 270 kilometers per hour, the Luganville Market House sustained only minor roof damage. As a result, many of the more than 3,000 registered market vendors were able to start selling goods and produce within a week of the storm.

It is a good example of how climate-informed design, construction and renovation of social infrastructure strengthens local and gender-sensitive resilience in the face of increasing climate change threats and disasters. The renovations were under UN Women’s Markets for Change programme, which is mainly funded by the Australian Government.

UNDRR extends its appreciation to Australia Pacific Climate Partnership as well as the Australian Government for contributing the examples in this piece. This story is part of a series that will be published by UNDRR Asia-Pacific highlighting the experiences of stakeholder groups during the COVID-19 pandemic.