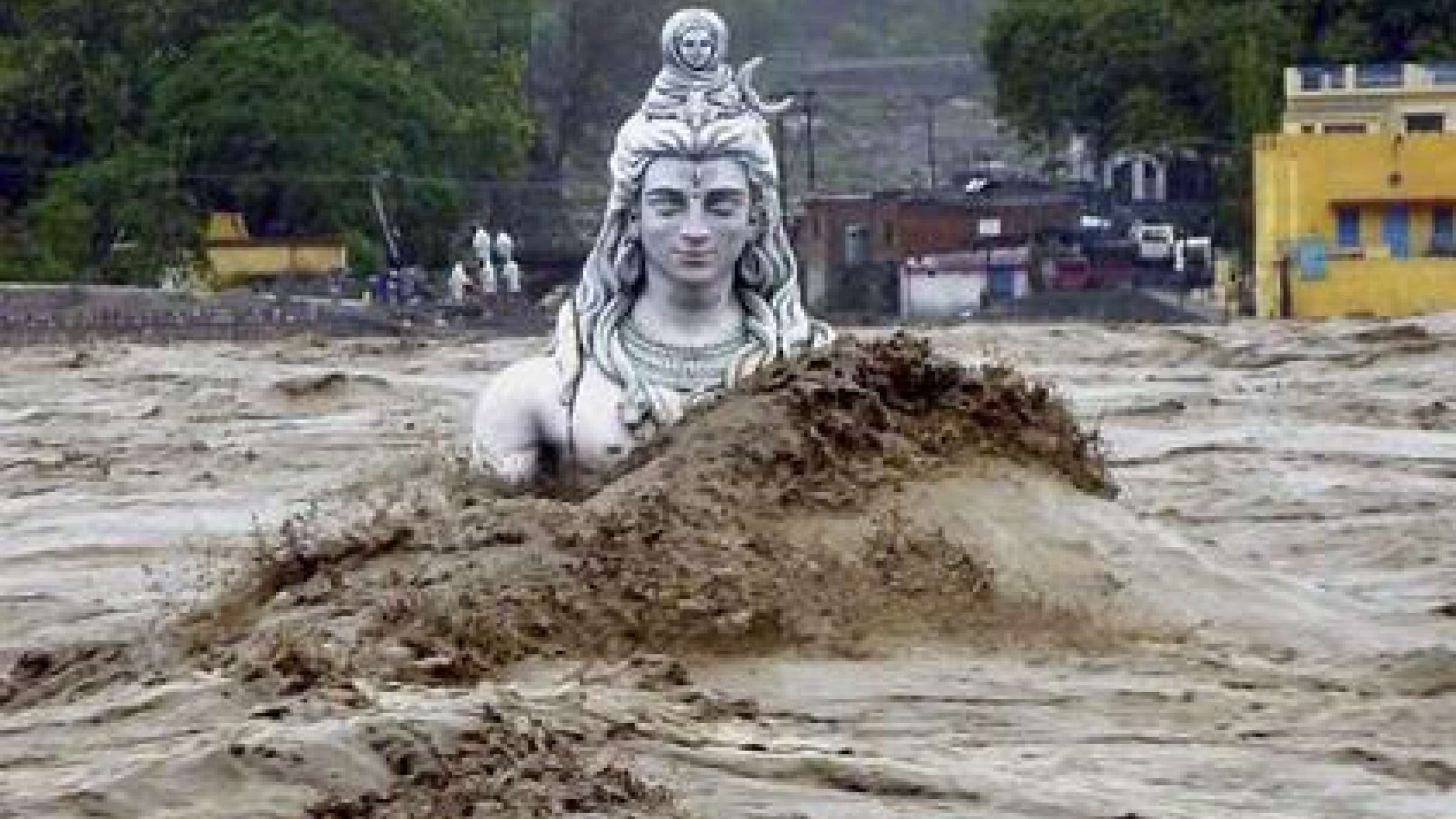 The statue of a Hindu deity is submerged by flood waters of the river Ganges in Uttarakhand, India.

GENEVA, 25 June 2013 - The Head of the UN Office for Disaster Risk Reduction (UNISDR), Margareta Wahlström, today predicted that the year 2013 will be a turning point in how governments around the world view the threat of floods in a new age of extreme weather events.

She said: "India, Nepal, Canada and many countries in Europe have experienced huge losses over the last two months due to intense precipitation events which have triggered extreme flooding affecting millions of people's well-being and livelihoods.

"The shocking loss of life in India underlines how vitally important it is that we start planning for future scenarios far removed from anything that we may have experienced in the past. When we look at the worldwide escalation in economic losses from disasters over the last five years it is clear that our exposure to extreme events is growing and this trend needs to be addressed through better land use and more resilient infrastructure as we seek to cope with population growth and rapid urbanization.

"Flood management systems need to be designed so that even if they are overwhelmed by flood waters, the failure is not catastrophic. UNISDR emphasizes the need for early warning systems, reduction of social vulnerability through land use planning and leadership at local government level."

On average, some 250 million people have been affected annually by floods over the last ten years and they are the single most widespread and increasing disaster risk to urban settlements of all sizes. Flooding is an extensive recurring risk which causes enormous damage to critical infrastructure including transport systems, roads, schools and health facilities.