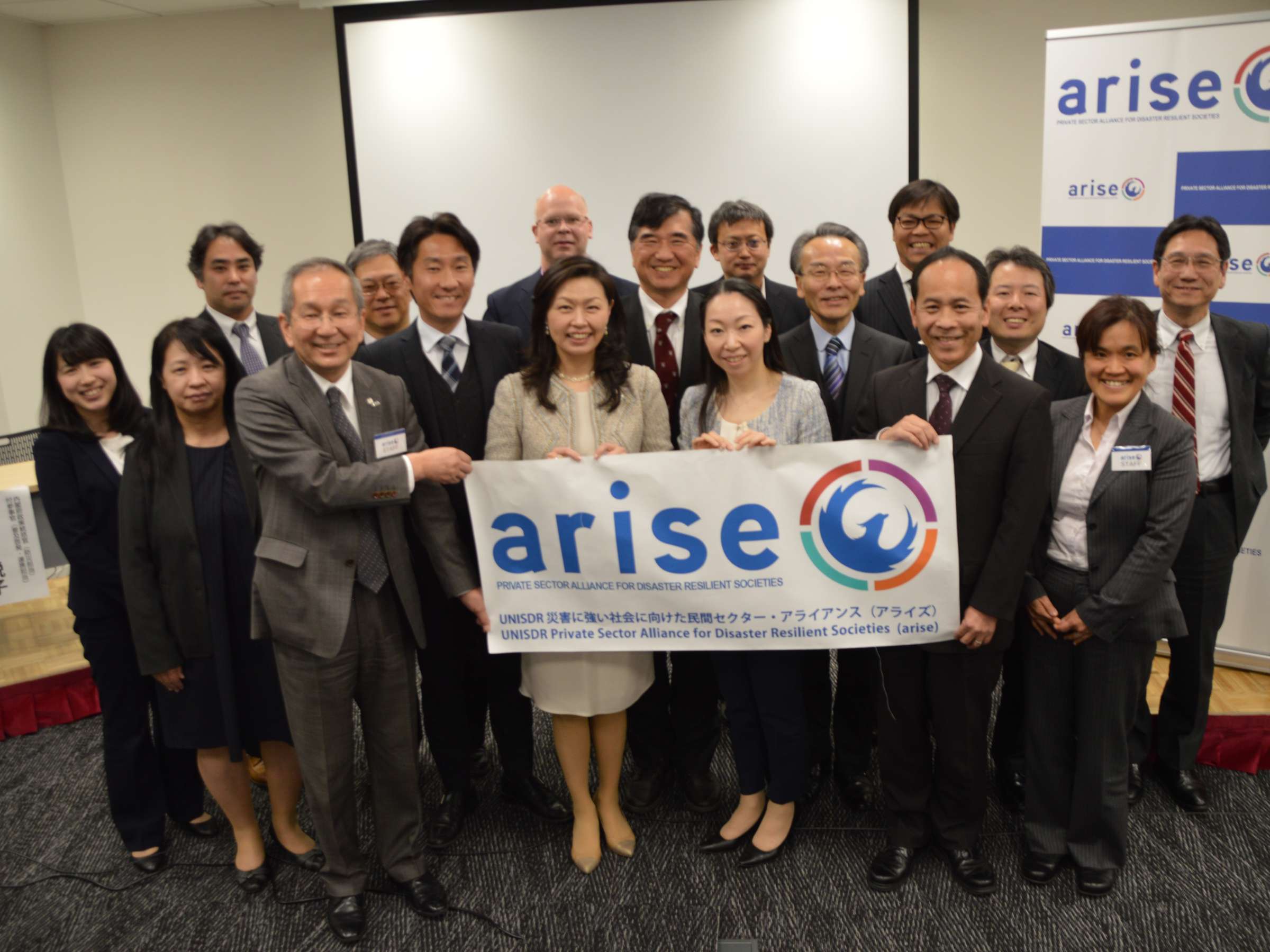 The Sendai Framework Voluntary Commitment (SFVC) first Synthesis and Analysis Report was launched in Geneva during the recent Global Platform. Voluntary Commitments (VCs) are made by multiple stakeholders (private sector, local governments, civil society organizations, academia, media, etc.) in support of the implementation of the Sendai Framework, the global roadmap for reducing disaster loses by 2030.

Organizations working to build resilience are submitting voluntary commitments in support of the Sendai Framework, the global roadmap for reducing disaster losses by 2030. If your organization is working on Disaster Risk Reduction (DRR), make a voluntary commitment to show case your efforts and highlight your achievements.

Organizations working on Disaster Risk Reduction (DRR) have started to log their voluntary commitments in support of the Sendai Framework - the global roadmap for reducing disaster losses by 2030 - in a new online platform. More than 50 users have registered in the first few weeks of operation. In addition, the platform has already received the first submissions of voluntary commitments by organizations working in DRR. In close coordination with these organizations, UNISDR reviews the submissions before publishing them in the platform.

The head of UNISDR, Mami Mizutori, visited tsunami-affected areas on her first visit to Japan since her appointment as UN Special Representative for Disaster Risk Reduction.

A study of the 2011 Great East Japan Earthquake and Tsunami has emphasized the importance of economic recovery to the well-being of communities in the post-disaster phase.
No events yet. Share your event In December 2015, a resolution jointly proposed by 142 countries including Japan on the creation of a World Tsunami Awareness Day, was adopted by consensus at the 70th Session of the United Nations General Assembly. The objectives of the World Tsunami

This document presents a selection of fourteen case studies focusing on good practices and lessons learned by the private sector in relation to the Great East Japan Earthquake of 11 March 2011. It highlights the role the private sector can play in

The aim of this publication is to serve as a guide for Hyogo Framework for Action (HFA) implementation for local governments and stakeholders by customizing the ISDR publication “Words Into Action: A Guide to Implementing the Hyogo

This thematic review report on urban risk reduction in Asia was prepared by the Asia Regional Task Force on Urban Risk Reduction (RTF-URR) in the context of progress review in the implementation of the Hyogo Framework for Action. It reviews the status of

Water and disaster: High-Level Expert Panel on Water and Disaster/UNSGAB

This report presents a comprehensive action plan designed to minimize the loss of life and destruction brought on by increasing numbers of water-related disasters worldwide (such as floods, droughts, tidal waves, storm surges, etc.) and also to minimize

Progress of the implementation of the Hyogo Framework for Action and recovery from tsunami and earthquake, 16 January 2007, International Conference Center, Kobe, Hyogo, Japan

On January 16, the Experts Meeting was organized to verify the progress made

Progress of the implementation of the Hyogo Framework for Action and recovery from tsunami and earthquake, 15 January 2007, International Conference Center, Kobe, Hyogo, Japan

On January 15, the International Symposium was held to share information and

This study makes a comparative analysis of 15 cities in the Asian region, including some megacities, medium sized cities, and smaller cities, in their capacity to absorb stress, to manage it and recover from it. The scope of this study is limited to