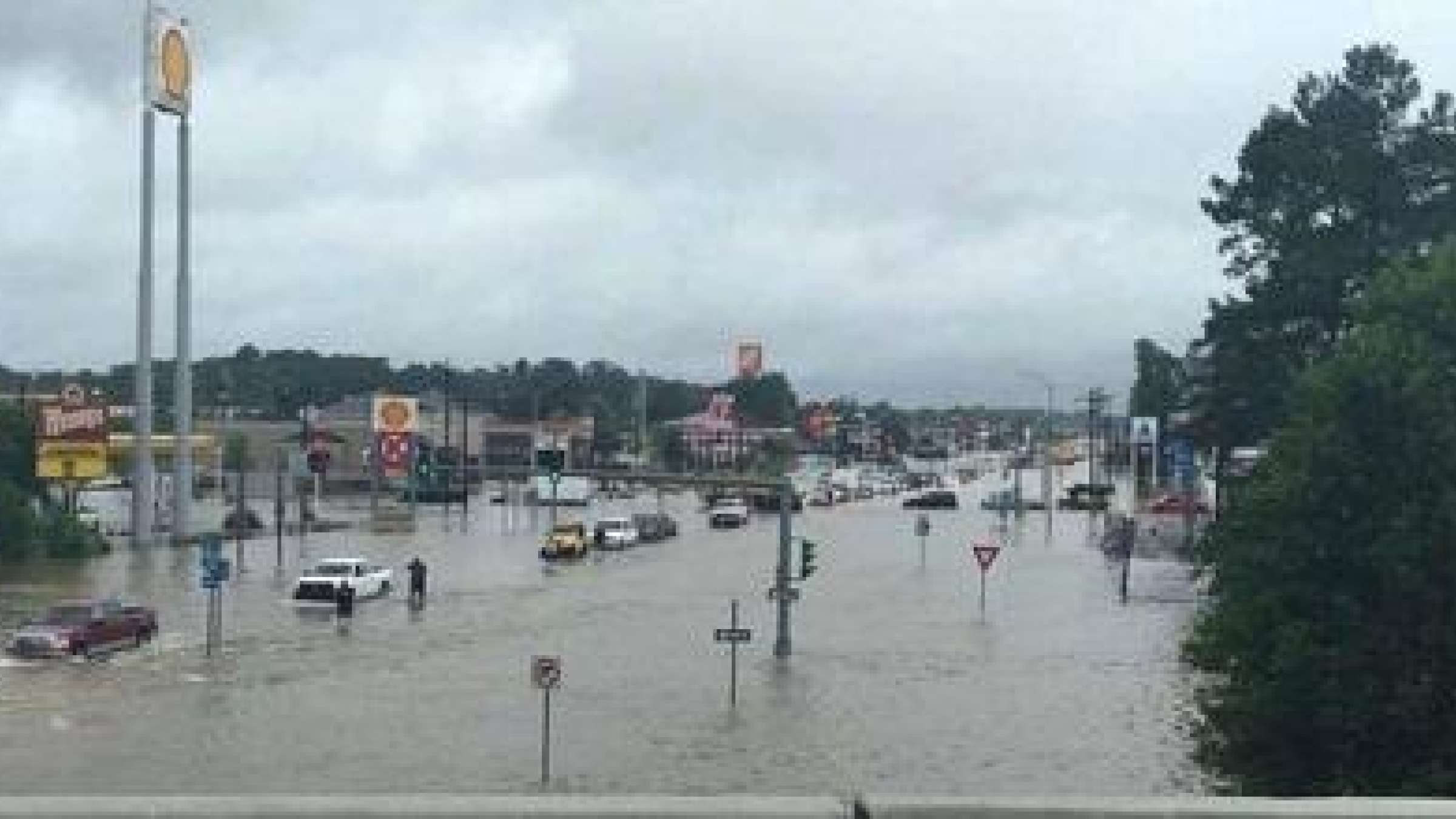 GENEVA, 16 August 2016 – The state of Louisiana is in the grip of what looks set to be the worst disaster in the United States since Superstorm Sandy four years ago, underlining the critical role of reducing risk before disaster strikes.

On Sunday, President Barack Obama declared a major disaster in Louisiana including the most heavily-affected parishes of Tangipahoa, St. Helena, East Baton Rouge and Livingston. That list is expected to expand, while mandatory evacuations remain in effect for the town of Lake Arthur.

More than 1,700 National Guard troops have been mobilised, and others are heading into the affected region.

Some 20,000 people have had to be rescued in the flood zone in southern Louisiana, while the death toll has climbed to seven, and parts of neighbouring Mississippi have also been hit.

Having plans in place to save lives in a crisis is the bedrock of disaster risk reduction – an issue that will be in the global spotlight in several weeks’ time, giving that reducing disaster mortality is the theme of International Day for Disaster Reduction on 13 October.

The Sendai Framework for Disaster Risk Reduction, a 15-year blueprint adopted by the international community in March last year, underscores the role of strong local networks in limiting the impact of natural and man-made hazards. Reducing mortality is the first of its seven targets.

The flooding began to take shape last Friday and continued through the weekend as rain battered southern Louisiana. Access to many areas is difficult because of flood waters and numerous road closures. In addition, power and phone outages have been hampering relief efforts.

The American Red Cross, a key partner of the UN Office for Disaster Risk Reduction (UNISDR), has been at the forefront of efforts to help flood-stricken communities, as local officials report that at least 10,000 homes and other buildings have been destroyed or severely damaged.

As of Sunday night, more than 10,600 people had sought refuge in nearly 50 American Red Cross and community shelters. Local volunteers are also providing shelter, food and comfort, and have received a boost as 500 of their counterparts from elsewhere in the United States head to Louisiana.

As in flood crises around the world, the full extent of the devastation will only become clear once the water recedes.

Large disasters like the floods in Louisiana create more needs than any one organisation can meet.

“It has been a challenge for the Red Cross and local communities to keep up with a year of historic devastation wrought by flooding in the Southeast,” said  Susan Murray of the American Red Cross.

“Some of these epic disasters cannot be prevented but the loss of life and property can certainly be curtailed,” she added.

Preparation is the key, and the American Red Cross is a leader when it comes to raising public awareness of the risks posed by hazards, harnessing the power of technology to do so.

Its Red Cross Emergency App encourages everyone, especially those in at-risk areas, to revisit their family’s emergency plan and review preparedness information for various hazards.

Life-saving advice in a flood includes being prepared to evacuate at a moment’s notice, and heeding orders when given, as well as heading to higher ground if a warning is issued, and getting out of one’s car quickly if it gets caught in water.

Ensuring that economies are hazard-resilient is another key area of the Sendai Framework. The ability of businesses to withstand shocks can make a huge difference to the pace of recovery.

The American Red Cross has partnered with the UNISDR Private Sector Alliance for Disaster Resilient Societies, known for short as ARISE, on several projects including a Small Business Continuity and Resilience Workshop that is set to be rolled out across the United States.