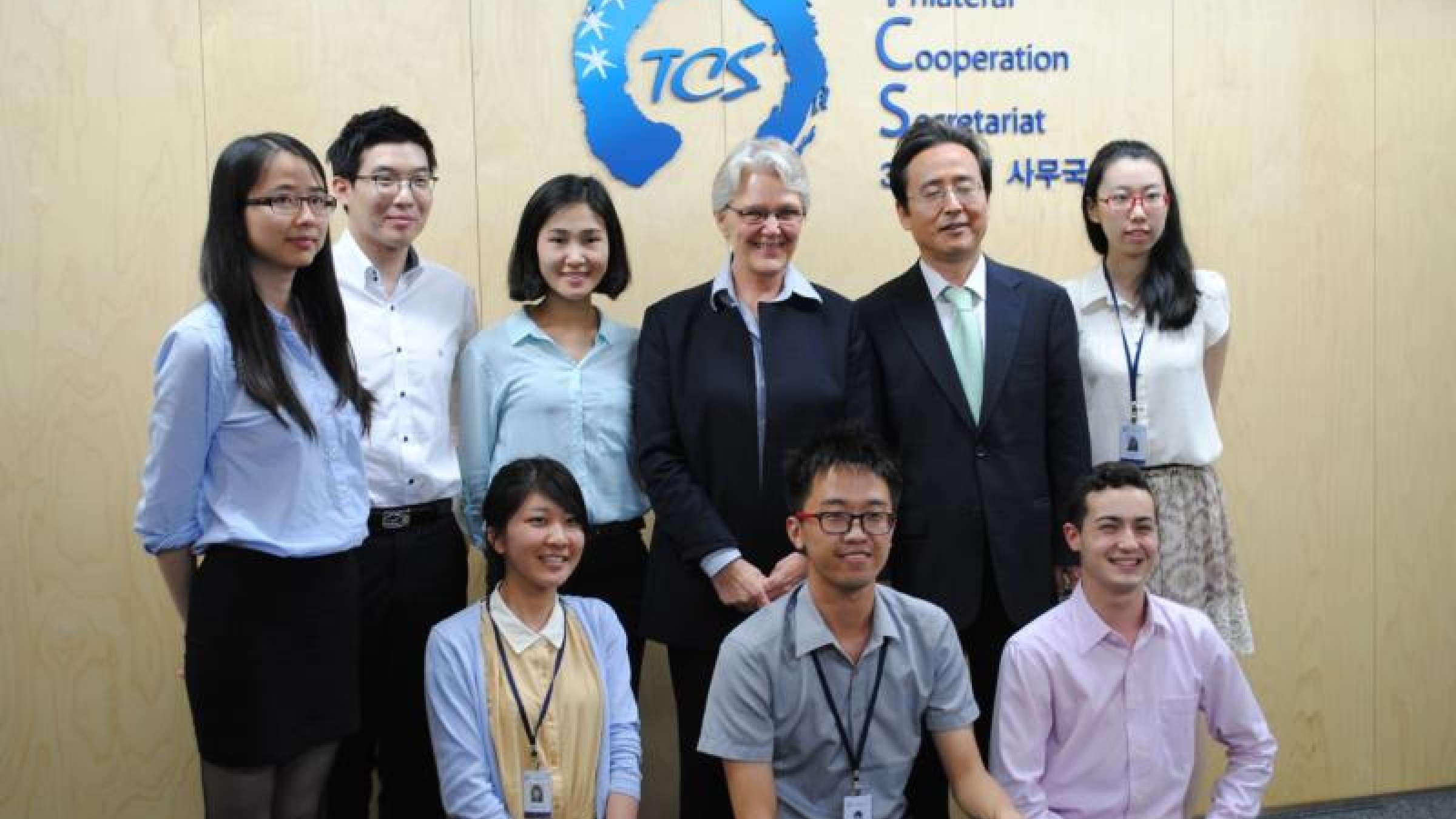 SEOUL – The head of the UN Office for Disaster Risk Reduction (UNISDR), Ms Margareta Wahlström, signalled the importance of the next generation taking up the challenge of building a safer and more resilient future.

Ms Wahlström urged a group of youth ambassadors from the Republic of Korea, China and Japan to take leadership roles in advocating for disaster and climate resilient development.

Ms Wahlström told youngsters to take inspiration from the strong example currently being set by Incheon, Seoul and other cities in the Republic of Korea that were very active in UNISDR’s Making Cities Resilient campaign.

“It is very important that the cities and urban coastal areas of East Asia are so proactive because after such dramatic development over recent years – which of course has brought many benefits – there has been a rapid accumulation of assets and populations located in hazard-prone cities and coastal areas,” Ms Wahlström said.

”This year’s Global Assessment Report on Disaster Risk Reduction shows the extent of the exposure in parts of East Asia but also clearly states that with strong local leadership and active engagement from the private sector a resilient future can be secured that will save thousands of lives, protect millions of livelihoods and safeguard billions of dollars worth of investment.”

The Mayor of Seoul, Mr Won Soon Park, told Ms Wahlström that urban safety is an important focus of his office. “Because of climate change more disasters are happening in the Republic of Korea and East Asia in general,” he said.

The President of the Republic of Korea Ms Park Geun-hye recently visited the national Disaster Control Centre ahead of anticipated heavy rains as part of her strong public safety agenda, which is called “The Path to Happiness”. It builds on the establishment of the national Urban Safety Department in 2010.

The Minister of Security and Public Administration Mr Jeong-bok Yoo said the Government was in the process of developing a Comprehensive Plan for Public Safety. He praised UNISDR for its global advocacy role on disaster risk reduction saying the issues have direct relevance to the Republic of Korea today.