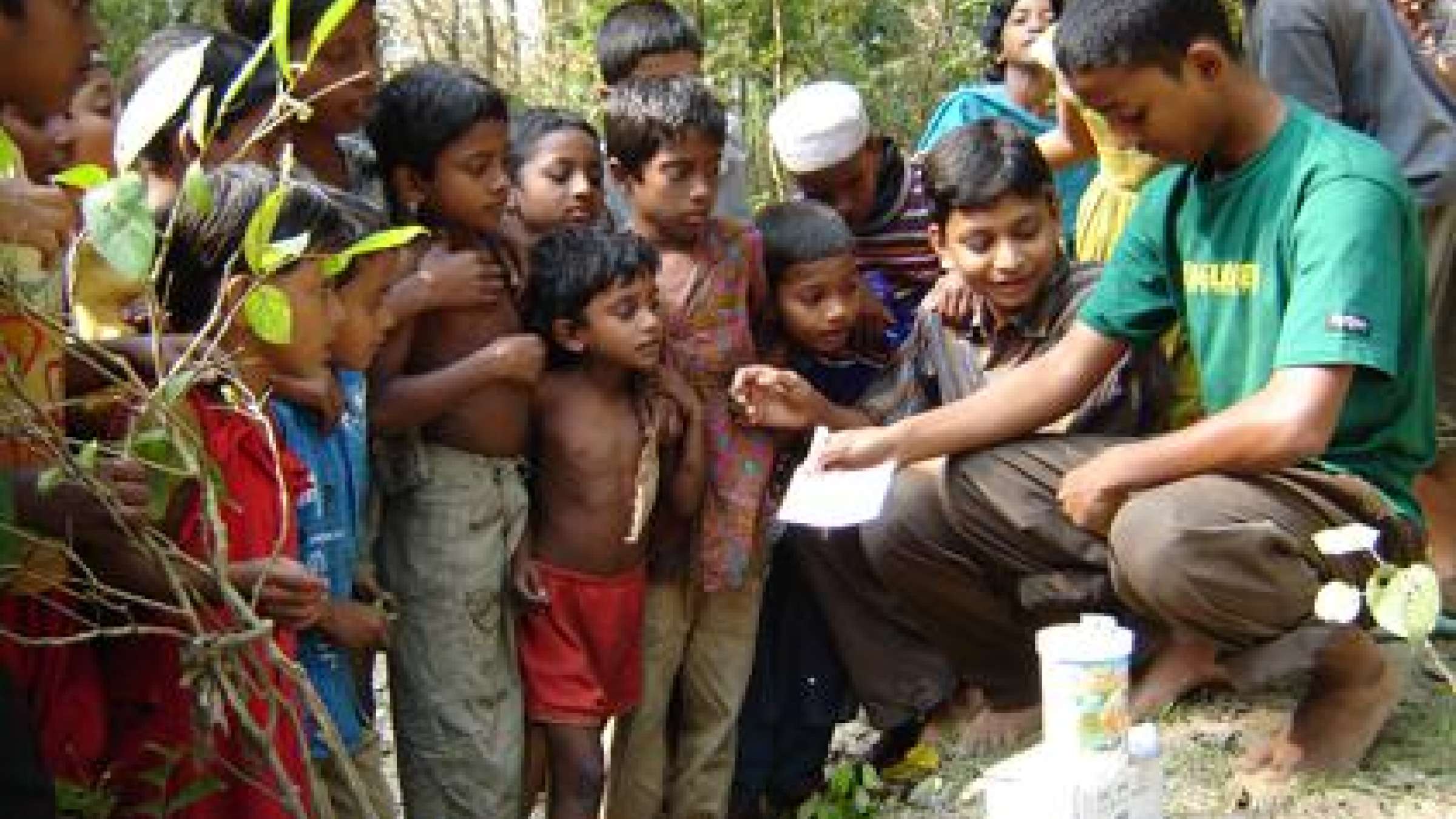 The community of East Sujonkathi, Bangladesh, was recognised as a champion of disaster risk reduction for its engagement of children in environmental protection and recovery efforts after Cyclone Sidr. (Photo: UNISDR)

The head of UNISDR, Margareta Wahlström, said: “Today we mark International Day for Disaster Reduction by highlighting communities around the world that have demonstrated the ability to live with risk through their local, traditional and indigenous knowledge.”

“These communities in Bangladesh, Cameroon, Colombia, Italy, UK, Philippines, Sudan and Vanuatu are on the front line of extreme weather and seismic events. They all have one other thing in common and that is social cohesion which is vitally important in reducing disaster losses. Sustainable development and the eradication of poverty are not possible without such efforts to manage disaster risk.”

At an event in Geneva to mark International Day, the following communities were recognized as champions:

Bangladesh – East Sujonkathi for its engagement of children in environmental protection and recovery efforts after Cyclone Sidr;

Cameroon – the residents of Nkolbikok, in the capital Yaoundé, for reducing the risk of floods and epidemics by harnessing community volunteers to clear drainage ditches and create a rubbish-disposal system;

Colombia – the indigenous people of Nasa, threatened by an active volcano and other hazards, for their risk management and local development initiatives;

Italy – the Italian Province of Potenza was recognized as a champion for its Network of Resilience among 100 municipalities cooperating on earthquake safety and other initiatives;

UK – East Salford for multiple initiatives against the risk of flooding and for involving both youth and older persons;

Philippines – The Ifugao tribe for putting their traditional knowledge to work in protecting the environment and the 2,000 year rice terraces of the Cordilleras, a UNESCO world heritage site;

Sudan – the people of Tuti Island live in harmony with the river Nile and their traditional systems of flood warnings have ensured little or no loss of life in major flood events;

Vanuatu – the value of traditional cyclone shelters and other buildings proved their worth when the archipelago was hit earlier this year by Category 5 Cyclone Pam.

UNISDR also joined the French and the Philippines Missions in Geneva and the French Agency for Development (AFD) for the official opening of Yann Arthus-Bertrand’s new exhibition of photographs: “Sixty solutions against climate change”. The exhibition will run for one week, from the 13-20 October, on the Passerelle of the Palais des Nations, the United Nations’ office in Geneva.