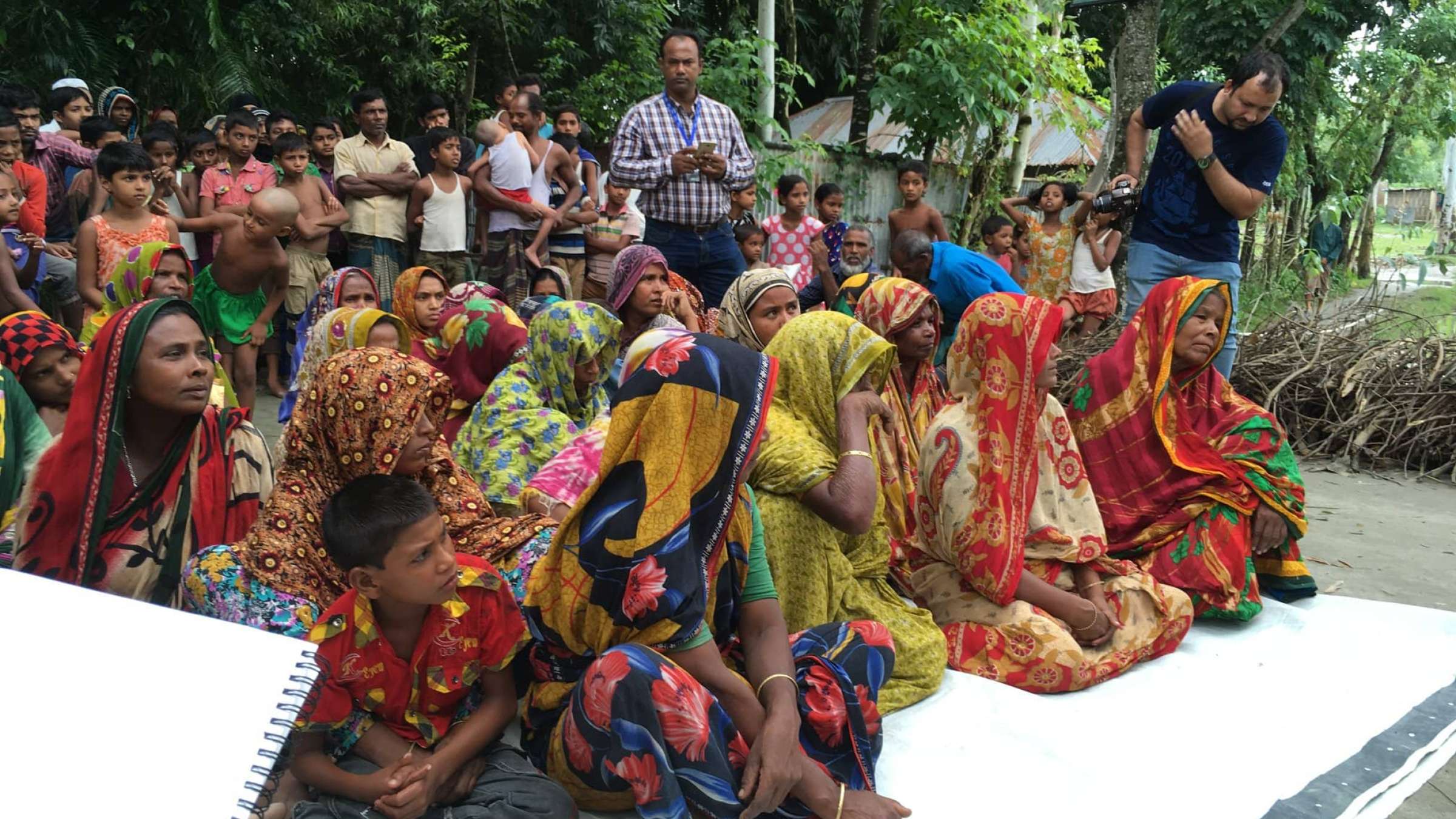 Non-governmental stakeholder groups, including the private sector and scientific organizations, have significantly increased their commitments to disaster risk reduction since 2019, according to a new report released by the United Nations Office for Disaster Risk Reduction (UNDRR).

The report was launched at the second Stakeholder Forum, as part of the preparatory days for the Global Platform for Disaster Risk Reduction 2022, in Bali, Indonesia.

In the face of climate change, the pandemic and cascading disaster impacts, countries face increasingly complex challenges. As no government can address all challenges and risks on its own, building resilience against disasters requires the engagement of all-of-society.

To aid in this process, UNDRR established in 2018 the Sendai Framework Voluntary Commitments online platform (SFVC platform) as a mechanism to mobilize stakeholders around DRR and showcase their work. An analysis of these efforts was captured in a report published in 2019.

The Sendai Framework Voluntary Commitments (SFVC) Synthesis and Analysis Report 2022, builds on the first report and provides a detailed account and thorough analysis of stakeholders’ contributions towards disaster risk reduction that have been published on the SFVC platform. The report presents an astonishing 100 published commitments that involve 642 organizations that have committed to 509 concrete deliverables.

The commitments cover all levels of implementation and regions. The largest portion has a national or local focus (46 per cent) and the region with the most commitments is Asia (47 per cent).  The commitments are predominantly implemented by non-governmental organizations (45 per cent), followed by academic institutions, networks, and the private sector, respectively. These trends are consistent with the first report.

On average voluntary commitments re implemented by more than one organization together with around 6 partners and have a duration of proximately 8.4 years to produce an average of five deliverables.

These numbers represent an increase from the first report which is a positive sign that indicates that more stakeholders are becoming engaged in DRR and over a longer time horizon.

The report also analyzes how the voluntary commitments supported the implementation of the Sendai Framework. The most common contributions were around advancing the understanding disaster risk (Priority 1) and the reduction in the number of people affected by disasters (Target B). Disaster risk management and capacity development were the themes and issues covered more frequently by the commitments, while floods and earthquakes were the hazards most covered.

The report also looked at linkages with the Sustainable Development Goals (SDG) and found that the voluntary commitments mainly contributed to that the advancement of Goal 11 (sustainable cities and communities), Goal 13 (climate action) and Goal 17 (partnerships for the goals).

In addition to the quantitative analysis, the report includes testimonials and feedback from stakeholders who have seen great value in publishing their commitments on the SFVC platform:

Mr. Akira Doi, Manager for External Affairs at Kokusa Kogyo Co., LTD. said, “we received quite positive reactions from potential partners when they learned that our initiative was being recognized by the SFVC platform. It helped our discussions on potential collaboration for joint DRR activities in that country.”

Speaking on the value of the platform, Dr. Rahma Hanifa, Secretary-General of the youth groups, U-INSPIRE Alliance/U-INSPIRE Indonesia, said, “It helps us to structure our objectives and programmes in line with the Sendai Framework and track our progress towards it as a monitoring and evaluation online tool. I would strongly recommend for all youth and young professionals, women, DRR stakeholders who envision achieving the Sendai targets, to submit VCs."

Ms. Mizutori, , stated in the report: “I would like to encourage additional stakeholders to register VCs in the SFVC online platform. Disaster risk reduction requires an all of society engagement. Through our collective efforts, we will achieve greater impact.”

Stakeholders who publish their voluntary commitments on the Sendai Framework Voluntary Commitments online platform (SFVC platform) stand to gain multiple benefits, including publicizing their work, learning about what others in the field are doing, discovering opportunities to collaborate, and a chance to be recognized by UNDRR for their achievements.

Organizations participating in the Global Platform and that would like to learn more about the SFVC initiative and how to submit a voluntary commitment in the online platform are invited to join a learning lab session on Thursday 26 May.

Read the report
Share this
Go back
Also featured on