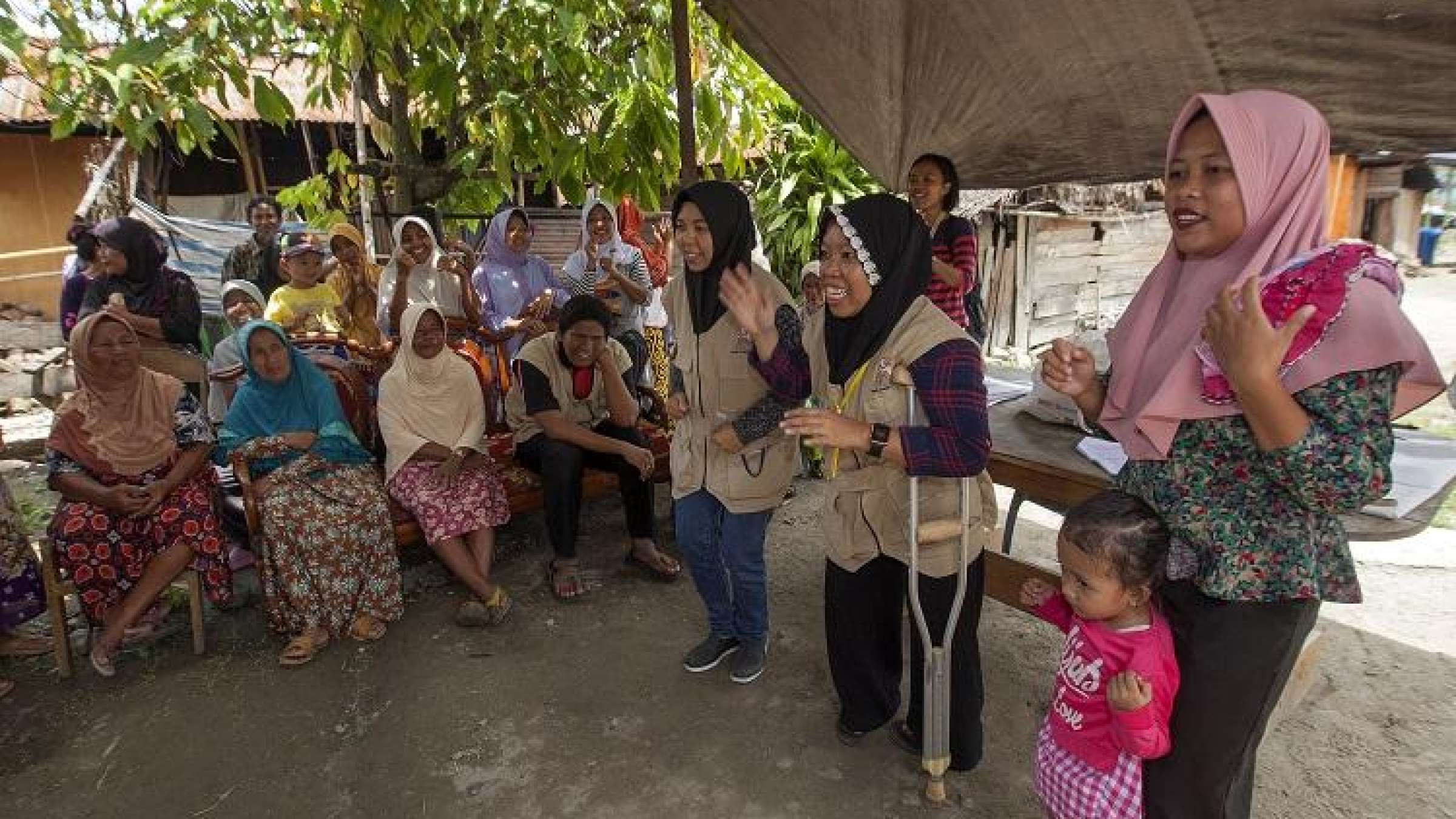 Ms. Kusumowardoyo highlighted that the public learn “not only about our commitment to support Sendai Framework but also how we plan to deliver our promises and when … it helps us to be more accountable in translating our commitment into real actions.”

“We can learn about what others are doing to support the implementation of Sendai Framework, which in turn, facilitate collaborations across wider stakeholders,” said Ms. Kusumowardoyo.

In addition, the presenters recognized the responsiveness and human touch of the team behind the platform while encouraging others to make their commitments.

The report presents a synthesis and analysis of why voluntary commitments are important, the characteristics of the commitment and their contribution to implementing the Sendai Framework. The main results suggest that VCs have an average duration of 6.5 years, the scope of their activities is predominantly at the national or local levels (58 percent) and are concentrated mainly in the Asia region (55 percent).

The majority of stakeholders that actively submit commitments are NGOs (56 percent) followed by academia and the private sector. More details about specific contributions to Sendai Framework Priorities for Action, Targets, Indicators, themes, hazards and the Global Goals are also provided. Based on this information and a particular focus on Target (e) of the Sendai Framework, the report shares good practices working to: strengthen governance in local governments through evidenced-based and inclusive policy-making; reassess and monitor resilience in a network of municipalities; and incorporate the voices of older people into the design of public policy. Last, the report identifies challenges and next steps.

The platform is always open for submission. Mami Mizutori, Special Representative of the Secretary-General for Disaster Risk Reduction, stated in the report: “I wish to encourage all stakeholders who have been making efforts for disaster risk reduction to utilize the online platform to inform the public about your actions and achievements for resilient societies and our shared future.”

In addition to the launching of the report, two Learning Lab sessions were available during the GP2019 where stakeholders could learn how to interact with the SFVC online platform. To receive training or more information, please contact us at unisdr-sendai-vc@un.org.