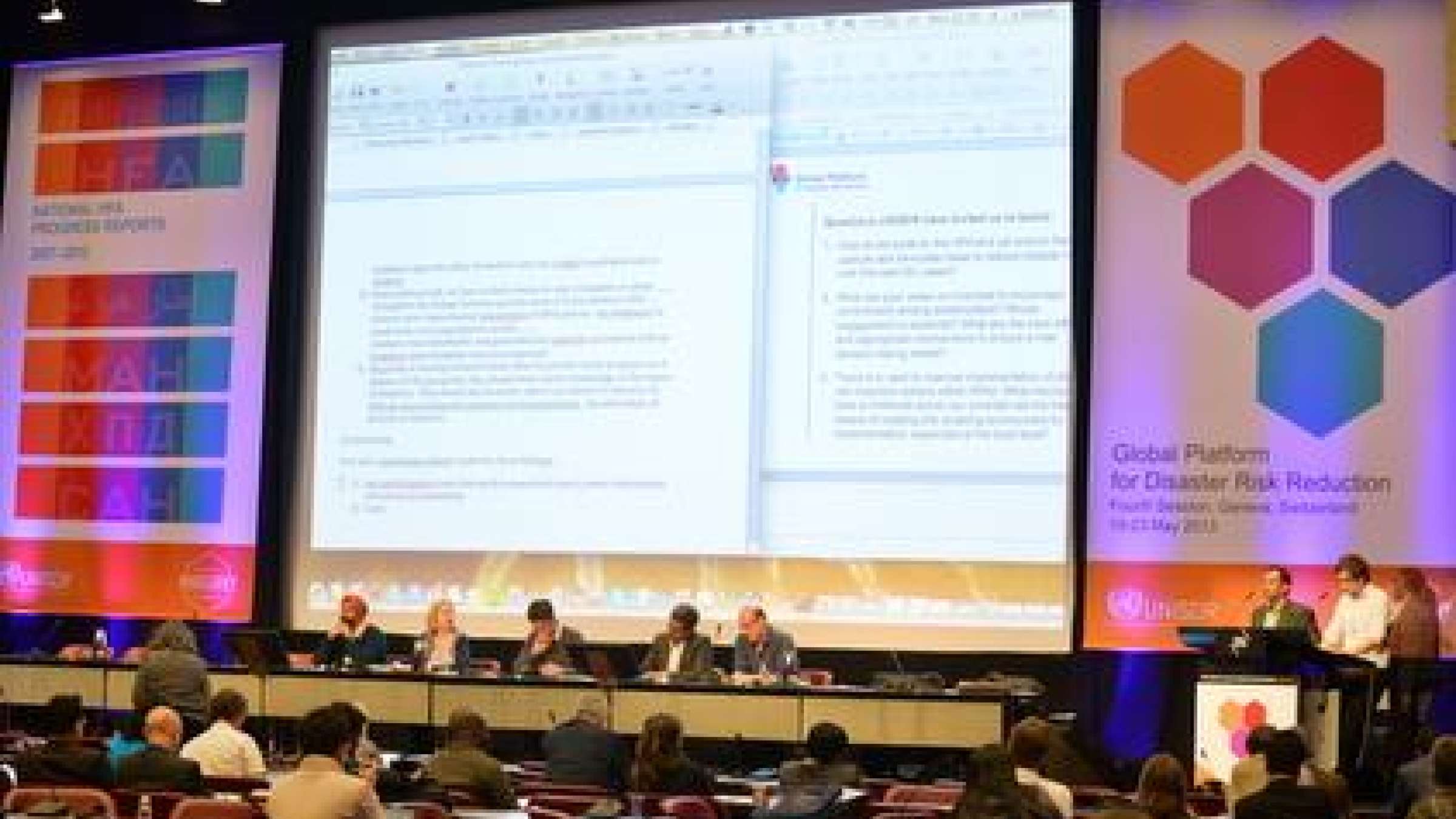 While acknowledging technical and scientific advances in climate change adaptation and disaster management, participants in this Global Platform plenary session on strengthening community resilience called for a closer watch on the outward signs of change in nature to help address these issues.

Ugandan parliamentarian, Alex Byarugaba, said that climate change adaptation and disaster risk practitioners should build on the ancestral knowledge of community elders who recognize the tell-tale signs of nature such as sudden bird migrations.

Mr. Byarugaba recalled that disasters had a disproportionate impact on the most vulnerable population groups such as women and children. "Communities must play a leading role in disaster risk planning and implementation because they know the situation on the ground better than anybody. Community resilience must be built from the bottom up," he said.

Ann Akwango, Programme Director for the Uganda-based Development Network of Indigenous Voluntary Associations, said that in Uganda and across Africa "we have a saying that 'We are because I am', which drives communities to work together for the common good." She said local populations in Uganda suffered from daily small-scale disasters that were rarely reported but which inflicted great harm on lives and livelihoods. Community voices should be  "listened to more closely" and factored into the HFA2 formulation process, she added.

Haydee Rodruiguez, President of a women farmers cooperative in Nicaragua, detailed how her group helps members build resilience to preserve their crops and livelihoods. She described how she won a long battle to engage national authorities to provide support to a resilience process pioneered at the local level.

Jiuta Korovulavula, the Fiji-based Regional Disaster Programme Officer for the Foundation of the Peoples of the South Pacific International, described how this grouping had pooled expertise and resources to bring disaster reduction programmes to some 300 grassroots communities in the South Pacific. He noted that the fact that nobody died in the most recent cyclone to strike Fiji was evidence that implementation of disaster reduction at community level was working in his country. But he deplored the adverse impacts of rising sea
levels and climate change on populations in the region.

Jacqueline Araya Montero, the Community Emergency Committee Coordinator for Puerto Viejo also engaged in the promotion of rural water systems in Sarapiqui, both in Costa Rica, said effective early warning systems for flooding had reached out to the most isolated communities, saving lives and livelihoods and noted that a "a culture of rapid intervention" had developed at all levels.

Godavari Dange, Director of the Sakhi Federation in India, explained  how the Federation was working to develop women's leadership and empowerment to make communities more resilient to climate change. In particular, she noted the success in organizing collective farming projects that enabled poor women to gain control over small land plots and to have a voice in decision-making on agriculture policy.

A senior civil defence official for Rio de Janeiro (Brazil) said early warning systems and disaster risk awareness programmes in schools had been put in place in Rio and throughout the country.