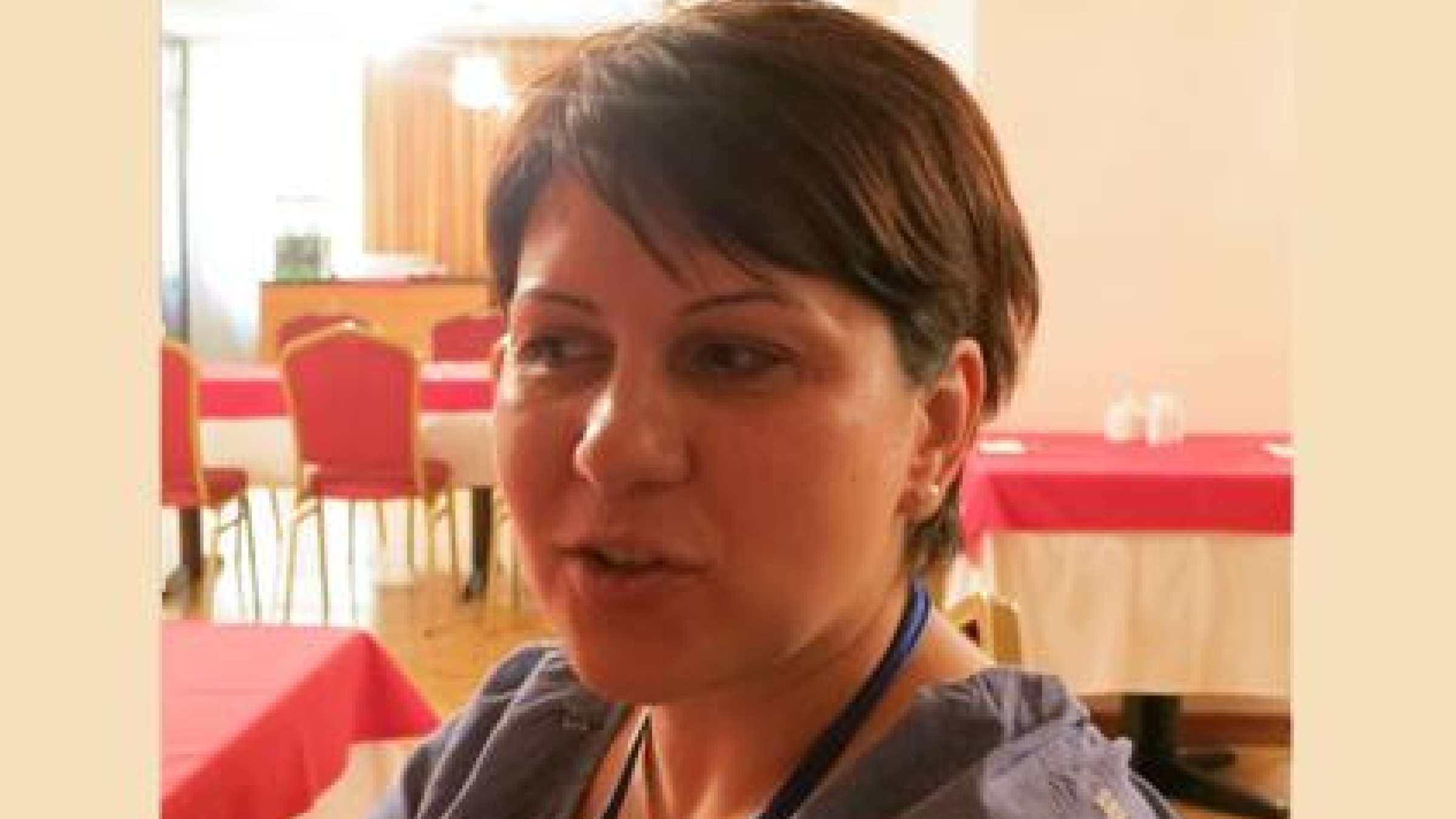 Zara Tonoyan lost her 15-year-old sister Naira in the 1988 Armenian earthquake which . She is passionate about safe schools. (Photo: UNISDR)

YEREVAN, 6 August 2014 – Zara Tonoyan is passionate about her work to make Armenian schoolchildren and their classrooms safer from disaster.

She encourages pupils to use art and theatre to share safety messages among themselves. Along with her colleagues at Oxfam and their local partners, she also urges schools and local authorities to have evacuation plans, stage regular simulations and install better safety equipment through a community resilience programme.

All of these things were completely absent on the morning of 7 December 1988 when Zara, then 13, and her 15-year-old sister Naira sat in their classrooms at the Russian Secondary School Number 2, in Leninakan (now called Gyumri), in what was then the Armenian Republic of the Soviet Union.

At 11.41am – just before lunch when Zara and Naira were due to meet – a 6.8 magnitude earthquake hit and several seconds later caused one side of the school to collapse. Of the more than 1,000 pupils in the school, more than 600 were crushed to death. Naira was one of them.

“The last thing I said to Naira when we arrived at school that day was: ‘See you later for lunch’. She replied: ‘OK, see you then’,” Zara said.

“I was lucky to be on the other side of the building yet still it could have been different: the teachers did not know what to do in this situation and tried to keep us all inside believing that the building would protect us.

“Some of the stronger children managed to push past the teachers and we got out and survived. It was good that they did because our side of the building also collapsed partially.

“When I was outside I started looking for my sister but I could not find her. It took some time for my mother to arrive; she was a doctor at a women’s clinic and had stayed to help pregnant women to get out to safety.

“When my mother arrived she asked me where is Naira and I said I had not seen her. By this time soldiers and other rescuers were already starting to lay out bodies in a line on the ground outside the school. It took my father several hours to arrive as he had to walk 15km from another town.

“My parents sent me to my aunt’s house in Yerevan and then stayed at the school for two days and two nights. Then on the third day the soldiers found Naira in the rubble. They identified her from the red shoes she was wearing. We both had a pair as a gift from my father and we were very proud of them. Because I never saw Naira’s body I still feel she has not died, that she is out there.”

Zara now has two school-aged daughters (aged 14 and 10) of her own as well as an 18-month-old son. Making schools safe from disaster remains a very personal as well as professional concern. “If you ask me are the kids of Yerevan ready for such an earthquake today, sadly, I would have to say no. There is still a lot of work we all have to do,” she said.

“On our visits around some of the provinces we still find school evacuation exits locked that are locked during the day because the teachers are worried children will skip class. We tell the headmasters not to do this because of the risk but still it happens.”

A majority of the some 25,000 who were killed in the 1988 Armenia earthquake were children or adolescents. In Spitak and Gyumri – two of the worst hit cities – 105 out of 131 schools and kindergartens were destroyed.

The Third UN World Conference on Disaster Risk Reduction in Sendai, Japan, in March 2015, is set to launch a global safe schools initiative and will call on countries and stakeholders to join forces to increase the safety and resilience of schoolchildren and their schools.