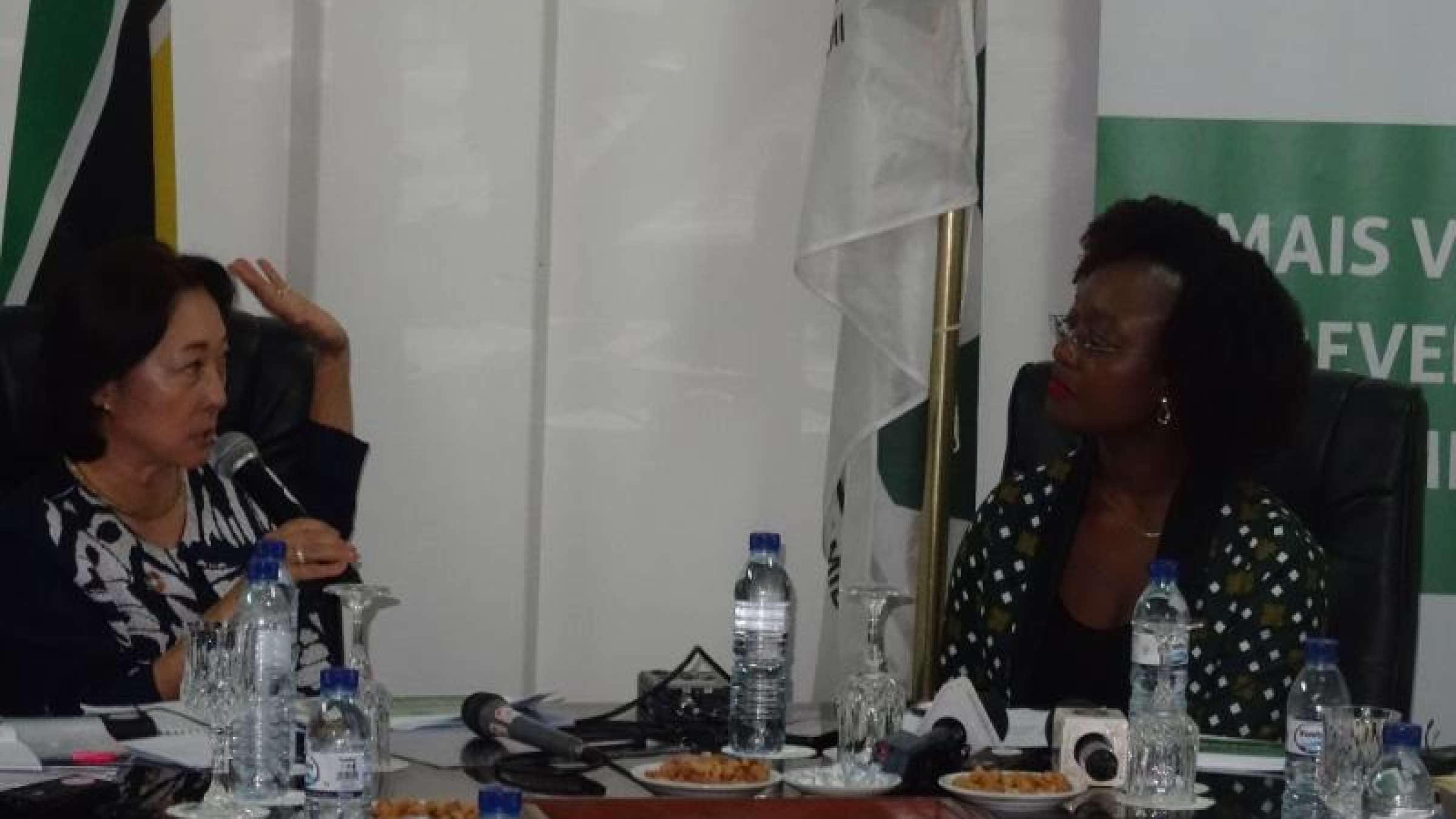 UNDRR chief, Mami Mizutori, with the head of Mozambique's disaster management agency, Augusta Maita, at a meeting of the country's National Platform for Disaster Risk Reduction

Mami Mizutori, the Special Representative of the Secretary-General for Disaster Risk Reduction, said it was encouraging to see such commitment to reducing long-term vulnerability and increasing the resilience of infrastructure to extreme events in Mozambique.

On her first visit to Mozambique, she made the remarks during a meeting with members of the country’s National Platform for Disaster Risk Reduction,

“If we cannot mainstream disaster risk reduction across every sector of society then we cannot reach the aims of the Sendai Framework. All of this can only be done if a country takes ownership of its own disaster risk management and this is what I am seeing in this room. The national institute for disaster management, INGC, is a center for coordination with all your ministries and parts of government. We can only push forward levels of prevention with the backing of the country’s political leadership,” she said.

Ms. Mizutori was welcomed to Mozambique by Augusta Maita, Director-General INGC, who outlined the extent of the challenges facing Mozambique from natural hazards which have affected 20 million people over the last 40 years, notably as a result of drought, floods, cyclones and epidemics.

Following the devastation left by tropical depression Desmond in January, Cyclone Idai in March and Cyclone Kenneth, in April, Ms. Maita said many lessons had been learned.

She highlighted the creation of local committees for disaster risk reduction, community-based early warning systems, use of community radio, and short-range forecasts and weather warnings issued by the Meteorological Service and Water Directorate.

Nonetheless, Ms. Maita also pointed to weaknesses which had been exposed by recent disaster events including inadequacy of funding for early warning systems along river basins and room for improvement in coordination mechanisms.

She drew attention to the fact that alongside the loss of 648 lives and the 2.8 million people affected by tropical cyclones this year another 814,000 people were feeling the effects of drought.

In an overview of damage to critical infrastructure, INGC reports stated that the cyclones destroyed or damaged 300,000 homes while also leaving 4,910 classrooms destroyed, 138 health facilities affected, 93,000 hectares of crops lost, and over 1,500 electricity poles damaged.

Ms. Mizutori also met with the media and told journalists that she wanted to support Mozambique’s recovery effort and “to offer our good offices to build back better.” She said that the UN family is with the country on the “difficult and very long journey towards recovery.”