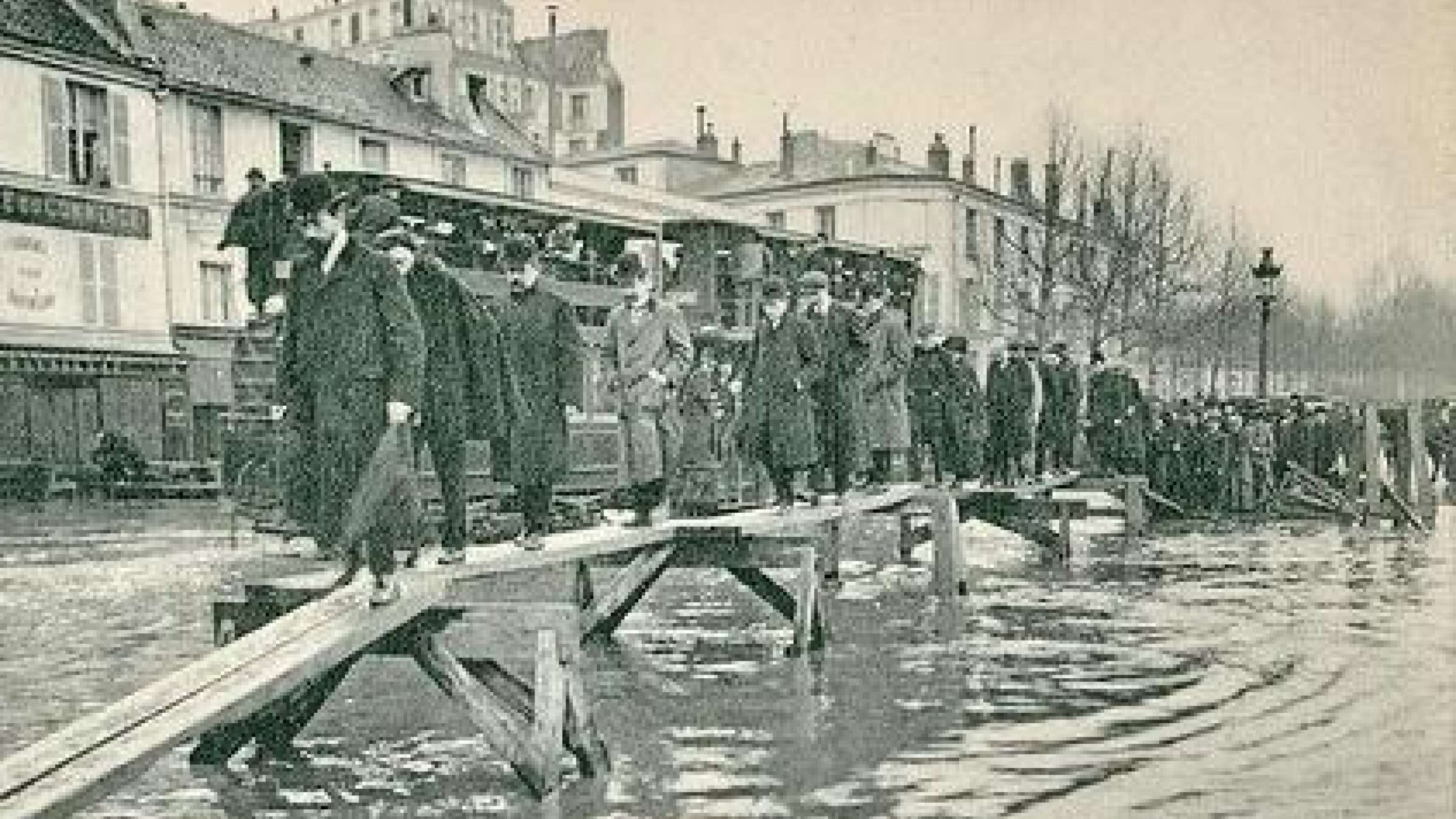 <b>Faded memory: </b>A repeat of the 1910 floods in Paris would now affect up to 5 million people and cause up to Euros 30 billion of damage.

GENEVA, 28 January 2014 – The French capital, Paris, has been invited to join the “Making Cities Resilient” Campaign by the UN Office for Disaster Risk Reduction as a new OECD analysis reveals the extent of the city’s exposure to a repeat of a major flood disaster.

The OECD Review on Flood Risk Management of the Seine River – commissioned by Etablissement Public Territorial de Bassin (EPTB) Seine Grands Lacs, with the Ministry of Ecology and Ile-de-France Regional Council – found that a repeat of the 1910 flood could affect up to five million residents and cause Euros 30 billion worth of damages.

“I would like to compliment all concerned on the far-reaching collaboration that has resulted in this important review and I am confident that it will stimulate a much higher level of awareness of flood protection across both the public and private sectors.

“Almost 2,000 cities around the world, large, medium and small, have joined the Making Cities Resilient Campaign over the last three years and the resulting network of exchange and learning mirrors the peer review process which has been adopted for the production of this report. The Ten Essentials of the Campaign provide an invaluable orientation for anyone embarking on a programme of reducing risk in an urban setting.”

Rolf Alter, Director of the OECD’s Public Governance and Territorial Development Initiative, said: “The impact on Paris of a major flood would be much greater today than a century ago, with serious economic and social consequences on top of the temporary disruption and material losses. The better Paris prepares itself to manage this risk and improve its resilience, the less vulnerable it will be, to the benefit of the city and the country.”

An OECD statement said: “The absence of a major flood in the Paris region for the past half-century means the spectre has largely faded from collective memory. Yet population growth and the density of transport and energy infrastructure that has grown up around the French capital mean the area is greatly exposed to flood risks, despite the upstream dam-reservoirs and other defences now in place.”

EPTB Seine Grand Lacs’ own analysis of the situation illustrates how all facets of life in Paris face potential disruption in a flood situation. Millions of people would be left without access to electricity or drinking water. About 140 km of railway line out of a total of 250 km would be affected. Some 341 hospitals and clinics are in the potential flood zone.