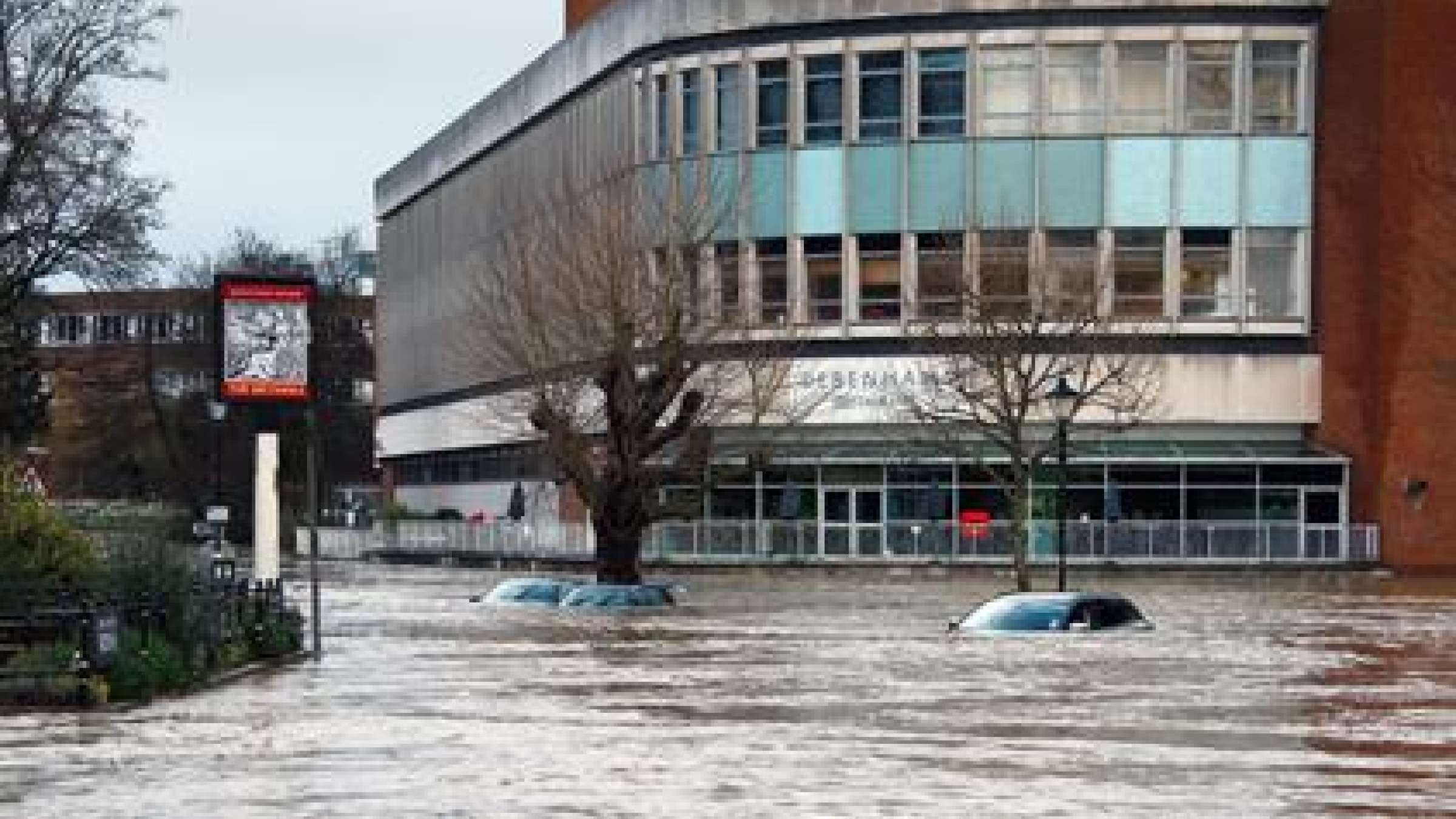 Flooding presents both a challenge and an opportunity for many European countries.

MADRID, 9 October 2014 - The recurrence of flooding, one of Europe’s most persistent natural hazards, presents both a challenge and an opportunity when it comes to disaster reduction, a conference heard on Wednesday.

Both the Balkans and the United Kingdom have experienced heavy floods in the last year, with surging water levels in Serbia in May leading to over 60 deaths and causing more than a billion euros of damage.

Europe faces political and practical challenges in dealing with floods. But with effective action flooding can be managed and the impact reduced, Swenja Surminski, Senior Research Fellow at the London School of Economics told the 5th annual meeting of the European Forum for Disaster Risk Reduction (EFDRR).

“Flooding is a pressing issue and will continue to be so. But it is the natural hazard that is more preventable and controllable. It has a natural origin, but when it becomes an issue it has man’s fingerprints all over it,” she said.

Jeroen Aerts, Professor of Water and Risk Management Vu University, Amsterdam, said the models pointed to increased risk of flooding in coming years, although it is not possible to say just where.

But only 30 per cent of the higher flood risk can be attributed to climate change and increased rainfall. The rest is down to human behaviour, including building in the wrong places.

The EFDRR, held in Madrid, aims to feed recommendations into preparations for negotiations on a new global pact on disaster reduction to be agreed at the Third United Nations World Conference on Disaster Reduction in Sendai, Japan, in March. The conference will revise the Hyogo Framework for Action (HFA), in effect since 2005.

At the three-day conference, which ended yesterday, a number of countries detailed their experiences with recent flooding and the lessons learned.

Germany has improved hazard risk mapping, early warning communications and flood response since the heavy downpours of 2002. The rains of 2013, which generated record levels of soil saturation, did less damage, said Annegret Thieken, Professor of Geography and Risks Research at the University of Potsdam.

But there are still questions over Germany’s system of water retention and water plain maintenance, she said. There is also the question of the long-term impact on the health and wellbeing of those exposed to flood risk.

The rains that hit Serbia, and parts of Croatia and Bosnia, were unprecedented. Heavy rain had been forecast but not that it would last three days.

Many of those killed died because they had failed to heed warnings about the rapidly surging waters, which rose five metres in some places, said Ivan Baras, Assistant Head of Sector at the Serbian Interior Ministry.

In response, Serbia has stepped up education campaigns on disaster prevention, notably in schools. But one of the big lessons from the tragedy is that individual countries cannot handle such disasters alone, he said.

In December, Britain’s southeast coast suffered some of its worst storms on record, said Steven Barnes, policy officer, UK Civil Contingencies Secretariat. Heavy rain had been predicted in December and January, but the storms combined with high tides, strong winds and a sea surge to flood coastal areas.

Nevertheless, compared with 1953, when similar weather conditions were recorded, the damage was comparatively light. Damage 60 years ago is estimated at £1.2 billion at today’s prices against £400 million this time. Then some 24,000 properties were flooded compared to just over 2,500 in the latest storms.

“We estimate that the flood defences protected some 800,000 properties,” Barnes said, which illustrates the value of investing in prevention. “(Government) Ministers could see that if you spend on prevention, what you get in the end is less money spent on response and recovery,” he said.

But some delegates noted that prevention investment involves immediate costs, while the benefits can be long term. This can be a problem for politicians.

The question of insurance was also raised. A Latvian delegate said that in his country insurance was ineffective as protection because insurers will not re-insure anybody who makes a flood claim.

In Britain and elsewhere, insurance is increasingly being linked to action on prevention. Unless steps are taken to prevent flooding, insurers will not extend cover to people living in areas at risk. The problem in many countries is that it is the government that pays up for flood damage and this also discourages people from insuring against risk.

At the international level, more use can be made of the European Solidarity Fund. This too is linked to prevention, with those seeking help having to show they are taking effective preventive action, the conference heard.