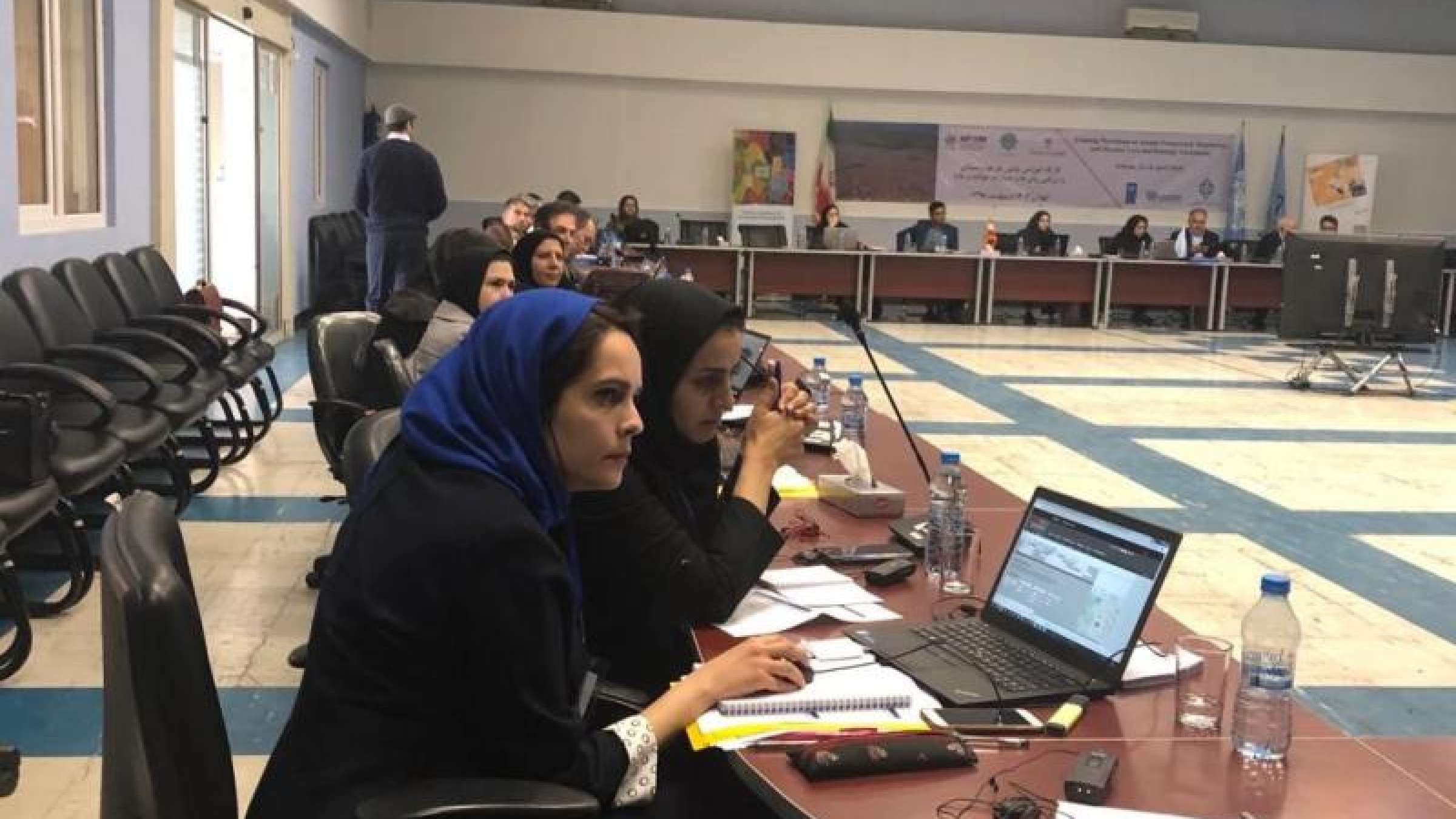 The training workshop in Tehran brought together participants from central and local government, UN, humanitarian organizations, academia and the media (c) UNDRR
UNDRR

TEHRAN, 30 April 2019 – Recent floods in Iran have destroyed infrastructure, flooded farms, and displaced almost 300,000 people. Officials have estimated damages to be around US$2.5 billion. The disaster is a setback to the efforts being undertaken by the government and partners in enhancing disaster resilience in the country.

While international agencies are gearing up to provide coordinated support Iran on floods response, long-term measures need to be scaled-up to prevent such disasters from reoccurring. The disaster added a new sense of urgency to the joint UN training workshop held in Teheran from April 22 to 24 to build the capacity of Iran’s national agencies to reduce disaster risk.

In partnership with Iran’s Planning and Budget Organization and the National Disaster Management Organization (NDMO), the workshop was organized by the UN Office for Disaster Risk Reduction (UNDRR), the Asian and Pacific Centre for the Development of Disaster Information Management (ESCAP-APDIM), and the UN Development Programme (UNDP).  The three UN entities jointly lead the UN Regional Coordination Mechanism’s working group on disaster risk reduction and resilience.

“The floods were not just caused by the high level of precipitation, but other factors in the built environment, such as deforestation. We need to understand the risk to manage it. This calls for more than just meteorological data. It also requires information on who is at risk, including demographic information, and what are their specific vulnerabilities,” said Mr Mahdi Rahmatinejad, Head of the Disaster Information Centre at the NDMO.

As Iran lies in one of the most seismically active zones, earthquakes cause the greatest mortality, and together with droughts and floods, result in an average of US$ 5 billion of losses every year according to UNISDR estimates. Nevertheless, Iran has been making steady progress on scaling up disaster risk reduction and soon the legislature is expected to pass a new law on disaster management, which will make the head of the NDMO accountable to the President and mandate that the country have a national disaster risk reduction strategy.

“As a follow up to this workshop, we plan to continue this joint UN effort by supporting the Government of Iran develop and implement its first comprehensive national disaster risk reduction strategy,” declared Ms Loretta Hieber Girardet, Head of the UNDRR Regional Office for Asia-Pacific.

Proper management of disaster risk calls for a holistic multi-stakeholder approach. The development of a national disaster risk reduction strategy will help Iran focus on how to reduce disaster risks and set priorities for action.

One gap that emerged in the course of the workshop is the need strengthen Iran’s multi-hazard early warning system, with a focus on tailoring its downstream alerts to the requirements of local-level officials and various segments of the population. In addition to floods, droughts and earthquakes, sector representatives also emphasized the need to strengthen local capabilities to forecast and minimize the impact of extreme temperatures. Iran is currently in the midst of an unusual cold spell and the NDMO has been called up to help deal with an outbreak of locust swarms that are threatening farmlands.

“We need to develop a more impact-based warning system, and we need to able to disseminate understandable and useful warning messages that can help municipal officials make the right decisions and help people take protective measures,” said Mr Rahmatinejad.

As a result of the knowledge gained from this workshop, national officials are now better equipped to understand their disaster risk landscape.  They are also better positioned to enhance their early warning system to alert communities in advance of a potential disaster, and hopefully reduce future losses.