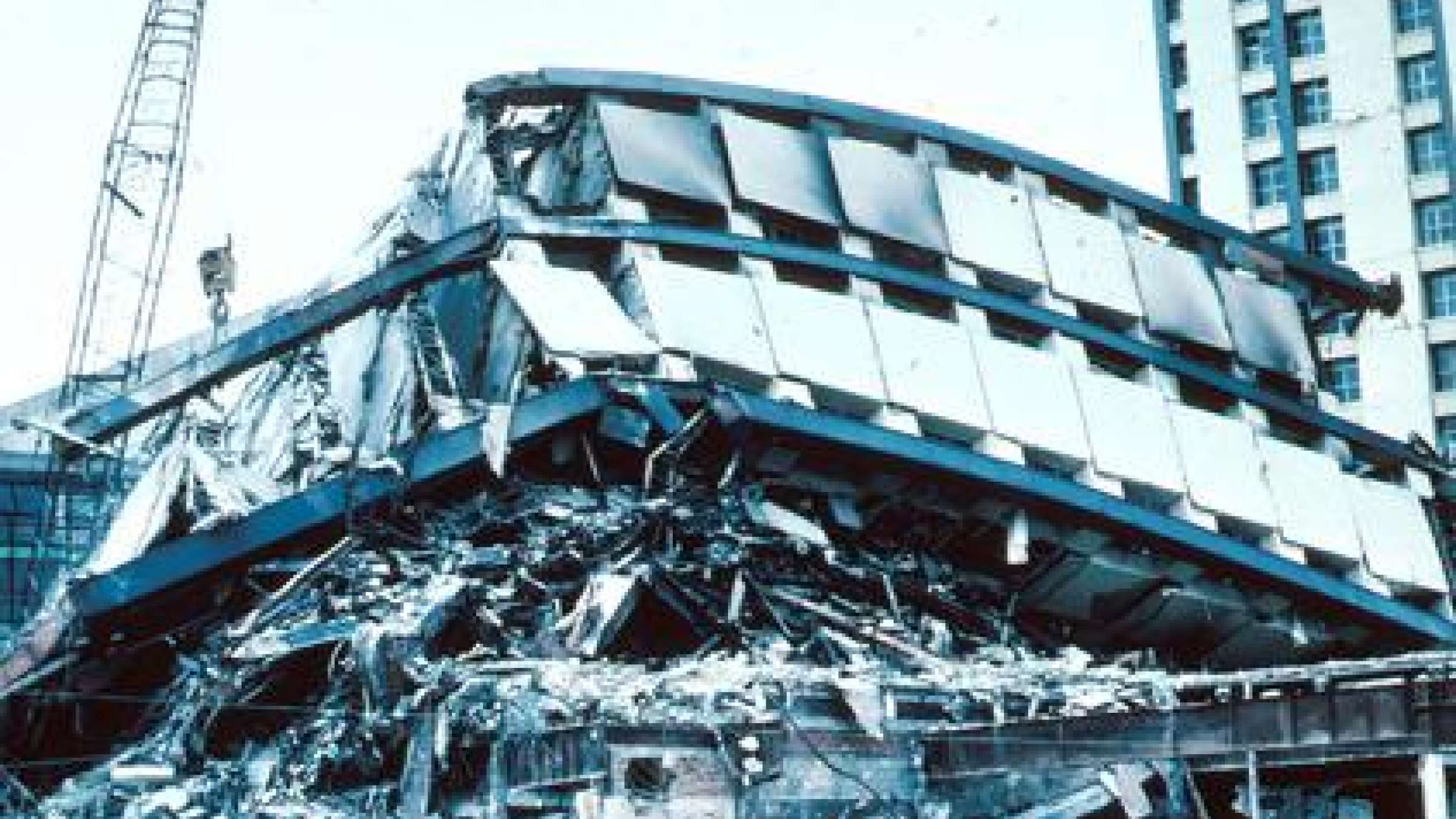 GUAYAQUIL, 30 July 2014 - Next year’s World Conference on Disaster Risk Reduction in Japan coincides with the lead-up to the 30th anniversary of the devastating 1985 Mexican earthquake, whose tragic consequences pushed the country into developing one of the world’s most effective disaster prevention and response systems.

“We learned from the 1985 earthquake that we are a very vulnerable country. Our civil protection was overrun. From there arose the absolute necessity of being able to count on an effective national system,” said Rogelio Conde García, Director General for Liaison, Innovation and Legal Affairs on Civil Protection at the Ministry of the Interior.

Speaking on the margins of the recent 4th Session of the Americas Platform for Disaster Risk Reduction, in Guayaquil, Ecuador, Rogelio said that within a year of the disaster the country launched its national civil protection system, which coordinates prevention and disaster response.

The earthquake, measuring 8.1 on the Richter scale, struck early in the morning on September 19 in Mexico City and surrounding areas, killing some 10,000 people and doing huge damage to infrastructure and buildings.

“We realized that we had to be prepared. We face floods, cold fronts, droughts, 31 active volcanoes and we are sitting on five tectonic plates. Our country is vulnerable to natural disasters and that is apart from those that are man-made. We had to be able to monitor the situation to provide early warnings and ensure that people know how to react in the face of emergencies,” he said.

Thanks to the system relatively few people died in September 2013 when two very powerful hurricanes -- Ingrid and Manuel – slammed into Mexico within 24 hours of each other, the first time in 50 years that this had happened. Some 150 people died, a far lower toll than that inflicted by Hurricane Haiyan in the Philippines last year.

The government has two national funds to finance prevention and recovery operations in the wake of a disaster. FONDEN, the older of the two, is used for emergency responses, such as food and water supplies, as well as some reconstruction work. FOPREDEN finances prevention activities and is one of the fundamental instruments for promoting risk reduction. Projects include early warning systems, small-scale infrastructure work and the fomenting of a culture of disaster risk awareness.

Mexican law has integrated risk management into all levels of government and civil society. It is obligatory, for example, to carry out a risk assessment before any public investment or any building project; penalties are imposed for not following the rules.

Other major initiatives include an integrated hydrology plan in the flood-prone southern state of Tabasco, where heavy rains caused huge damage in 2007, when up to 80% of the state was under water at one point. Heavy rains in 2010 caused far less damage.

Conde said that the Hyogo Framework for Action (HFA), the global framework for disaster risk reduction adopted by all UN Member States in 2005, has played an important part in guiding Mexico’s policies and approaches. “It has been central to our efforts.”

The May 27-29 Americas Platform meeting in Guayaquil was part of preparations for the Third UN World Conference on Disaster Risk Reduction in Sendai, Japan, in March 2015 at which a successor to the HFA should be agreed.

The Mexican official said that Mexico planned to be a key player in the discussions on the follow-up to the HFA. It is important, he said, to go beyond good intentions and words. “We need solid agreements and commitments so that if disasters strike us or our neighbours, we are all ready to respond. We need protocols for mutual help,” he said.

Although no announcement has been made, Conde said that Mexico would be interested in hosting the next Americas platform meeting in 2016 on the 30th anniversary of the launch of its national protection system.