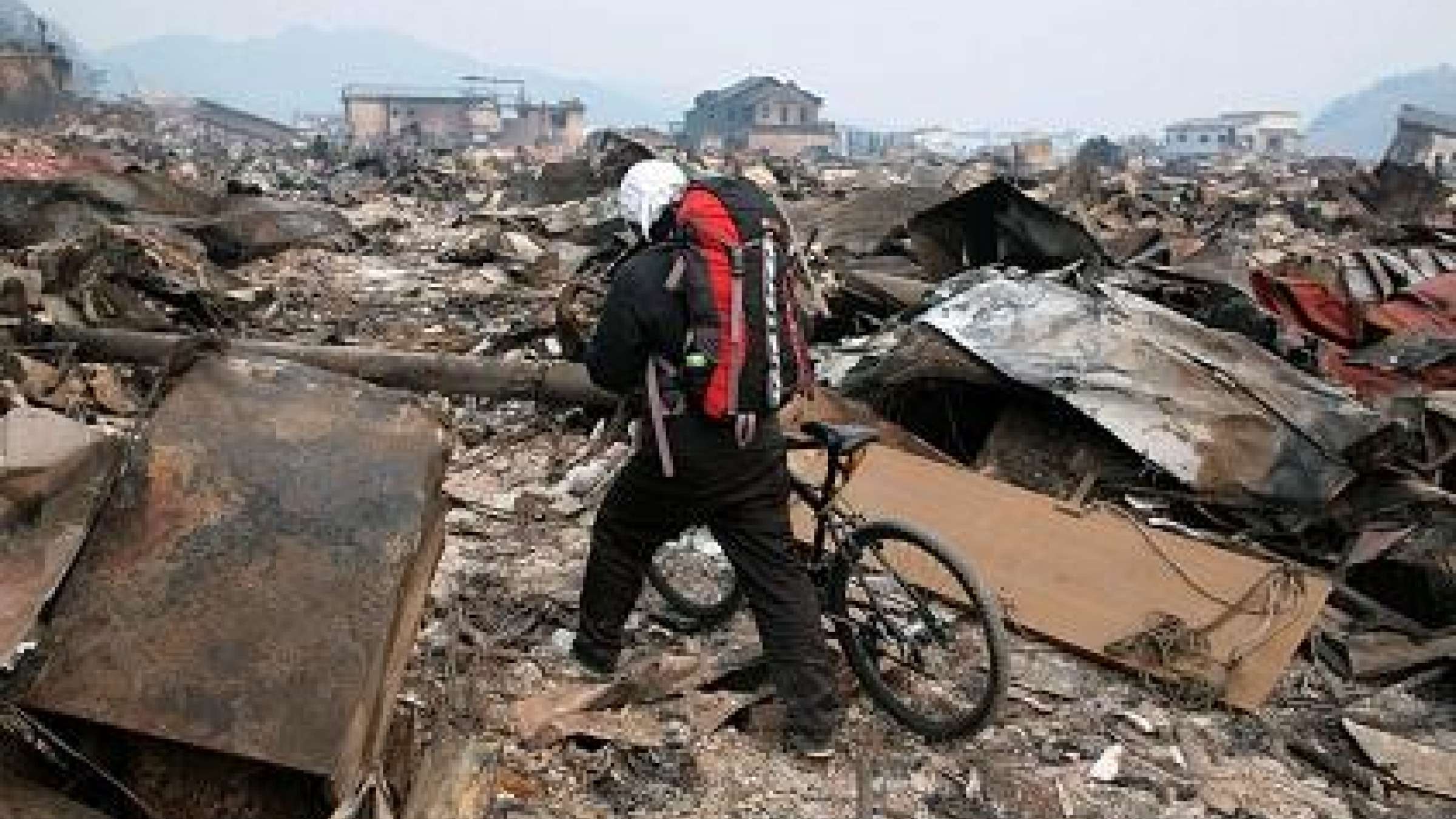 11 March 2016, TOKYO – The head of the UN Office for Disaster Risk Reduction (UNISDR), Mr. Robert Glasser, today attended the 5th anniversary memorial service for those who lost their lives in the Great East Japan Earthquake and Tsunami of March 11, 2011.

Mr. Glasser said: “On this solemn occasion I would like to extend the sympathies of the UN Secretary-General and those of the worldwide disaster risk reduction community to the bereaved and those who are still unable to return to their homes as a result of the events of March 11, 2011.

“The earthquake, the tsunami and the nuclear emergency which unfolded on that day resulted in a multi-systems collapse as a result of an unprecedented combination of man-made and natural hazards. This disaster has profoundly shaped our understanding of disaster risk in a world which is hugely dependent on technology for its smooth functioning.

“If technology is not disaster-proofed then it adds to the exposure already evident in hazard-prone parts of the world. Other key drivers of risk include poverty, climate change, environmental degradation and rapid, unplanned urbanisation.

“Last year the world met in Sendai, Japan, to adopt the Sendai Framework for Disaster Risk Reduction. It was adopted by UN member States on March 18 as a global blueprint for reducing disaster risk and disaster losses.

“It extends the remit of disaster risk management to include environmental, technological and biological hazards. In many ways this shift in attitudes to go beyond a focus on natural hazards is due to events here in Japan five years ago.”