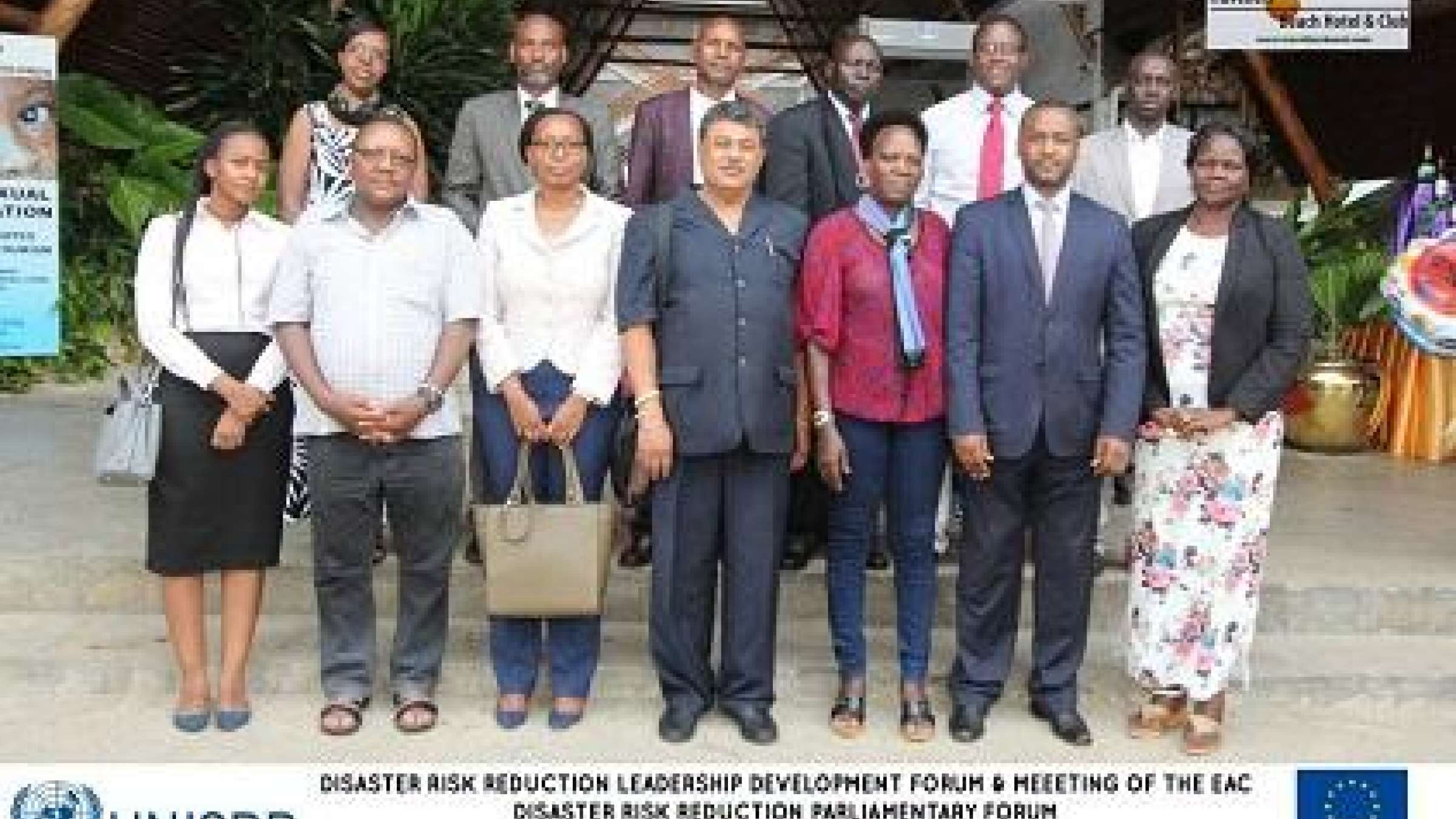 NAIROBI, 31 May 2017 – Members of parliament from the six-nation East African Community have vowed to step up a drive to implement the Sendai Framework for Disaster Risk Reduction in their region.

The pledge came at the second edition of the East African Community (EAC) Parliamentarian Forum on disaster risk reduction held in Mombasa, Kenya. It will help put the region on track to meet a looming target of the Sendai Framework for Disaster Risk Reduction, which is to substantially increase the number of countries with national and local disaster risk reduction strategies by 2020.

The Sendai Framework, adopted in 2015, is a global agreement that seeks to rein in disaster deaths and economic losses, and the 2020 target is a prerequisite for achieving the rest of its aims before it expires in 2030. The framework places a high priority on strengthening governance to curb risk, and it assigns a clear role and mandate to parliamentarians in that process.

At the Third UN World Conference on Disaster Risk Reduction in Sendai, Japan in 2015, parliamentarians from around the globe committed to support an improved institutional set-up for governing disaster risk reduction in order to prevent the generation of new risks arising from development. They pledged to advocate for, and support the review of current institutional arrangements, and initiate appropriate reforms that establish clear roles and responsibilities at all levels of government in support of disaster risk reduction. They also reiterated the need to strengthen coordination and to promote risk-sensitive investments.

UNISDR has provided regular technical support to the EAC and other intergovernmental organizations in Africa as part of the roll-out of the Africa Plan of Action for the Implementation of the Sendai Framework endorsed by the continent’s Heads of State in January 2017. This support resulted in the first-ever regional disaster risk reduction and Management Act in Africa, passed by the East African Community, in 2016. The East African Community is one of Africa’s eight regional intergovernmental agencies. Its members are Burundi, Kenya, Rwanda, South Sudan, United Republic of Tanzania and Uganda.

At the Mombasa meeting, legislators also agreed to seek support from partner states and donor agencies to strengthen the EAC Parliamentarian Forum, in order for it to effectively back disaster risk reduction and management efforts in the region.

The EAC Secretariat was also requested to establish linkages between national parliaments and the East Africa Legislative Assembly to create synergy in both institutions and ensure regular and adequate interaction of parliamentarians with technocrats to create knowledge on crucial climate change and disaster risk management activities. It was also tasked with following up with governments on the ratification of important regional legislation such as the 2015 Disaster Risk Reduction and Management Act,, the 2016 EAC Forest Management and Conservation Bill, the 2010 EAC Trans boundary Ecosystem Management and Conservation Bill (2010), and the 2006 Protocol on Environment and Natural Resources.

The EAC Secretariat was urged to pioneer projects on urban planning that are based on benchmarks that are consistent with international standards to reduce urban risks, and invited to convene a regional high-level ministerial meeting to develop joint strategic interventions on disaster risk reduction and climate change adaptation.

East Africa has experienced disasters resulting from both natural and human-induced hazards including drought -- which has left more than 38 million people at risk this year of which approximately 20 million people are from the Greater Horn of Africa Region – floods, landslides, windstorms, lightning, hailstorms, fires, epidemics, conflict, road accidents, and terrorism.  Hazards in the region also include risks emanating from climate change, environmental degradation, poverty, unplanned urbanization, population explosion and conflict.

EAC countries were encouraged to urgently undertake vulnerability impact assessment in their respective disaster-prone hotspots to inform planning, and carry out an assessment of the state of early warning systems and readiness to respond to emergencies at national and local levels. They were also requested to engage parliamentarians in conflict resolution and peace building as part of disaster risk reduction initiatives, and prioritize investment and development of resilient energy and viable technological options to mitigate disasters.

The legislators reviewed the draft roadmap for the implementation of the 2016 EAC Disaster Risk Reduction and Management Act (2016), which was developed at an EAC meeting in Rwanda’s capital Kigali in March 2017. The roadmap has seven objectives and a number of activities to be undertaken to meet them, such as raising awareness of the legislation  amongst various target groups, strengthening regional coordination, better networking across institutions and sectors and enhanced regional and national capacity development on disaster risk reduction, and partnerships.

Like many developing countries, East African nations face challenges in implementing disaster risk reduction. Key among these is dependence on donor support, a non-existent or limited national budget allocation and inadequate coordination of interventions. Governance challenges such as a lengthy process with low approval of policies and inadequate law enforcement measures also hamper efforts.