Easing impact of drought on the Panama Canal 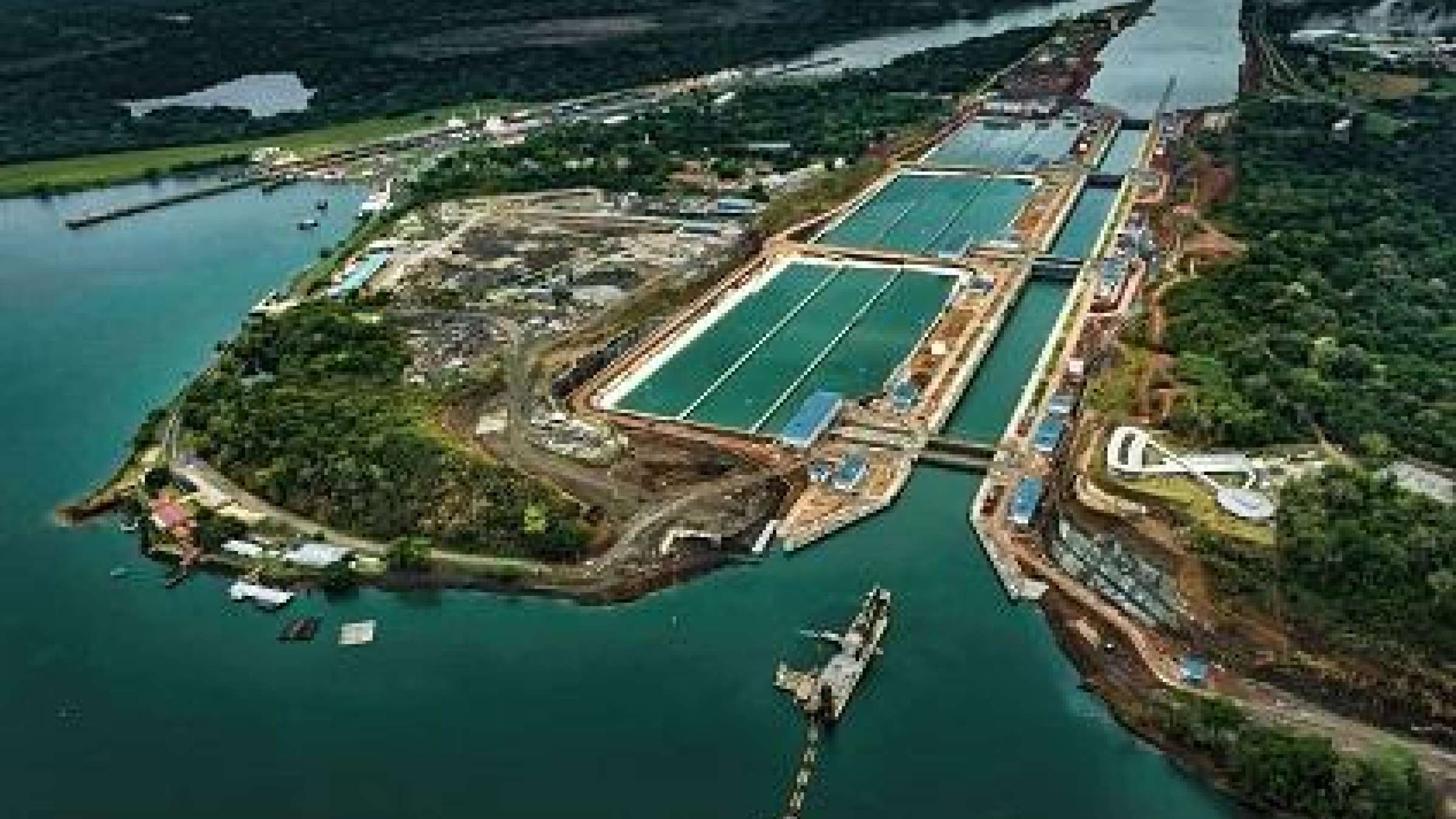 The expanded Panama Canal is reducing water use thanks to its new system of locks and basins, thereby lowering the risks posed by drought (Photo: Panama Canal Authority)

PANAMA CITY, Panama, June 28 2016— In the midst of one of the worst droughts to affect Central America in decades, the expanded Panama Canal is a model for how to adapt to climate change and reduce disaster risk.

The 77-kilometre canal, which is a major conduit for international commerce, has been operating since 1914. It has just undergone a major upgrade to increase its capacity to handle today’s behemoth container ships, and the first vessel crossed its new locks last weekend.

The canal has become a case study for sustainable, efficient use of the resource that keeps it going: water.

The trading highway is fed partly by Lake Alajuela, a reservoir created by a dam in the 1930s, which can store a third of the annual water requirements for operating the locks. A section of the canal crosses Gatun Lake, an artificial waterway that was dug out as part of the original construction.

Drought is clearly a critical concern for the Panama Canal Authority (ACP), which keeps its essential water resources under constant monitoring in order to ensure a smooth ride for shipping.

According to Mr. Carlos Vargas, Executive Vice President of Environment, Water and Energy at the ACP, the revamped system of basins and locks has not only increased traffic capacity in terms of ship types and number. It is also expected to reduce overall water use by seven percent.

"For Panama, it’s extremely critical to have a sustainable management of water resources throughout the basin of the Canal, particularly in the section that maintains appropriate water levels in Gatun Lake," said Mr Ricardo Mena, head of the Regional Office for the Americas of the United Nations Office for Disaster Risk Reduction (UNISDR).

Ensuring that infrastructure and businesses are sustainable is a key focus of the Sendai Framework for Disaster Risk Reduction, a wide-ranging international blueprint adopted in March last year.

Droughts strike Central America frequently, mainly in the so-called Dry Corridor, strongly affecting the economies and people of the region. According to the Intergovernmental Panel on Climate Change (IPCC), the frequency of extreme weather events is set to increase across the globe. Over the course of the next 20 years, Central America is expected to experience between three and five droughts as well as an increase in tropical storms and flooding.

That prospect means that states and citizens need to protect and ensure the proper management of water resources and the resilience of infrastructure.

“To create a culture of saving water, you have to emphasize the fact that, although there is enough water, saving and prevention is absolutely vital for resilience and the country's development," said Mr. Mena.

Panama was also affected by the recent, powerful El Niño phenomenon, which caused climate disruption across the Pacific Ocean and beyond. A rain shortfall limited the movement of large ships before the upgrade.

Additionally, in 2010, flooding affected the canal, forcing the temporary closure of key infastructure.

According to Mr. Antonio Michel, Executive Director of Protection and Emergency Response of the ACP, excess water as the result of tropical storms and heavy rain is another key risk to the canal.

The canal’s expansion took nine years and cost some US$5 billion. The ACP, which currently has a number of crisis plans in place to respond to damage to the canal and its basin, is also working on a new contingency package to deal with the evolving risks that it faces.