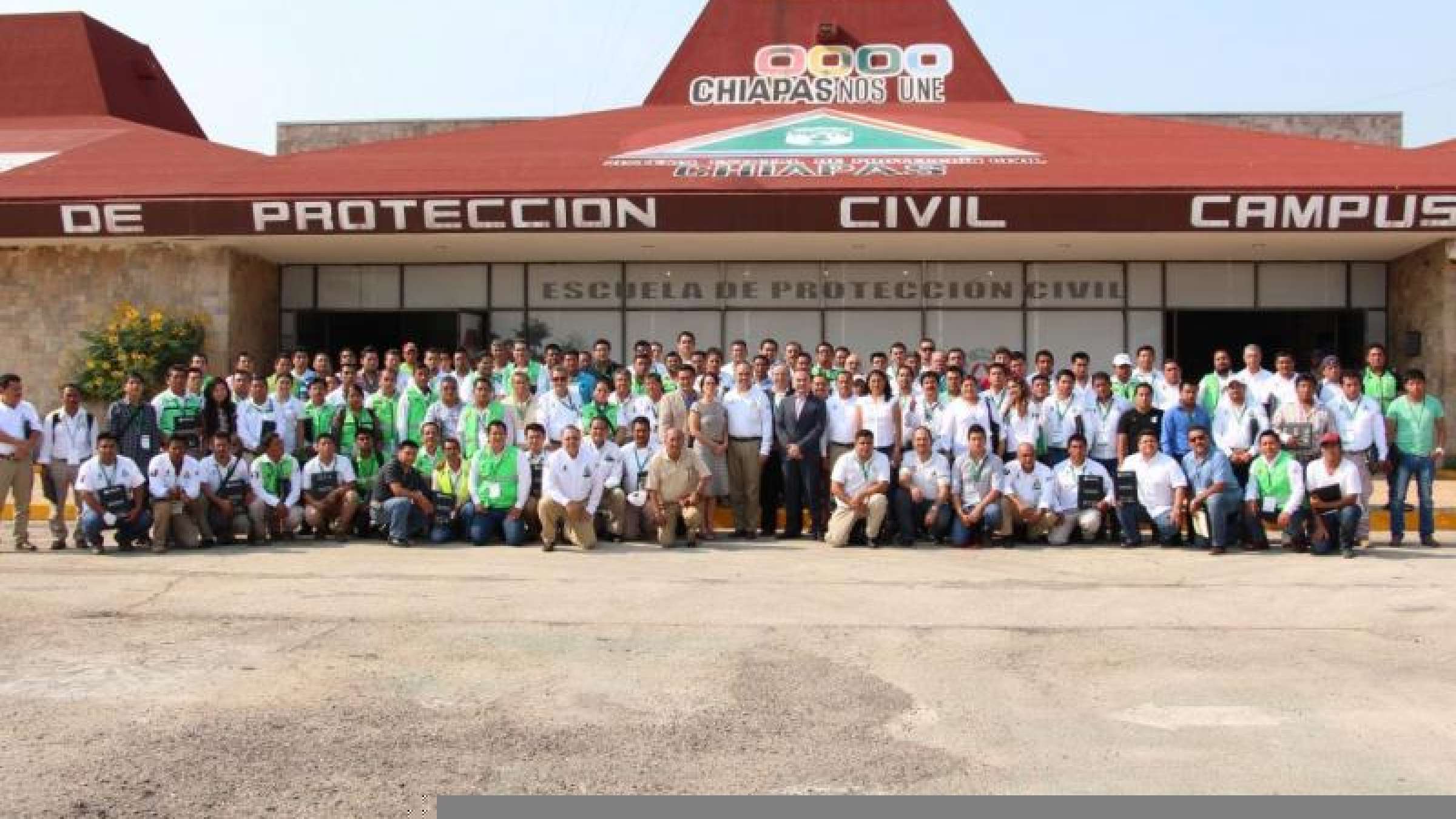 PANAMA, 31 May 2016 - Sendai fever is breaking out in Mexico 12 months before it hosts the Global Platform for Disaster Risk Reduction in Cancun.

The Chiapas state government has pledged by then to have in place local plans for disaster risk reduction in all its 122 municipalities, thus meeting a key target of the Sendai Framework for Disaster Risk Reduction which was adopted in 2015 as an international blueprint for reducing disaster losses.

Target number five of the Sendai Framework aims to "significantly increase the number of countries with strategies of disaster risk reduction at national and local levels by 2020".

Drought-hit Chiapas has a population of 4.9 million and is the 8th largest of Mexico’s 32 states. Some 30% of the population speaks an indigenous language.

Chiapas is highly exposed to natural hazards such as earthquakes, landslides, volcanic eruptions, hurricanes and floods. One of the biggest disasters took place during Hurricane Stan in October 2005, generating economic losses of US$640 million. In 1998 and 2005 two tropical storms triggered hundreds of landslides in the Sierra Madre de Chiapas of southwestern Mexico.

More recently, Chiapas has been affected by a severe drought caused by the El Niño meteorological phenomenon leaving several municipalities struggling for fresh water as aquifers become depleted. It came to world attention last October when the ruins of a 16th century church emerged from the waters of the state's Nezahualcóyotl reservoir for the first time in 50 years following a 25-metre drop in water levels. The El Niño year of 1998 caused unprecedented wildfires in southern Mexico.

The state's commitment on local plans was announced by Mr. Luis Manuel Garcia Moreno, Secretary of Civil Protection of Chiapas, at the close of a workshop on "Implementing the Sendai Framework Locally: Formulation of Action Plans for Resilience" delivered by UNISDR’s Global Education and Training Institute.

Mr. Garcia Moreno noted the important role to be played by local committees in building resilient communities. Over 5,000 Committees for Prevention and Citizen Participation allow for the localities to know, participate, prepare for, cope with and recover from disasters in a self-managed, coordinated, organized and united manner.

Mr. Ricardo Mena, Head of the Regional Office for the Americas of the United Nations Office for Disaster Risk Reduction (UNISDR), said that plans by municipalities that have been approved, funded and implemented during the course of 2017 will make a significant contribution in achieving the overall goal of reducing existing levels of risk and preventing the creation of new risk as outlined in the Sendai Framework.

He recognized that disaster risk management and implementation of the Sendai Framework are strong priorities for the government of Mexico as it prepares to host the Global Platform in May next year. Chiapas is setting a strong example for the rest of Mexico’s states to follow as 58 of the 60 Mexican municipalities enrolled in UNISDR’s Making Cities Resilient Campaign belong to Chiapas. A further 21 Chiapas municipalities are joining the campaign.

The workshop was held at the National School of Civil Protection, Chiapas campus, on 26-28 April with the participation of government officials from the 122 municipalities in Chiapas. Its main objective was to contribute to the implementation of the Sendai Framework at a local level, by training public officials in developing local plans for disaster risk reduction, with the support of Mr. Henry Peralta and Mr. Javier Gonzalez, who champion the Making Cities Resilient Campaign in Colombia and Uruguay.