Champion who is 'always committed to disaster reduction' 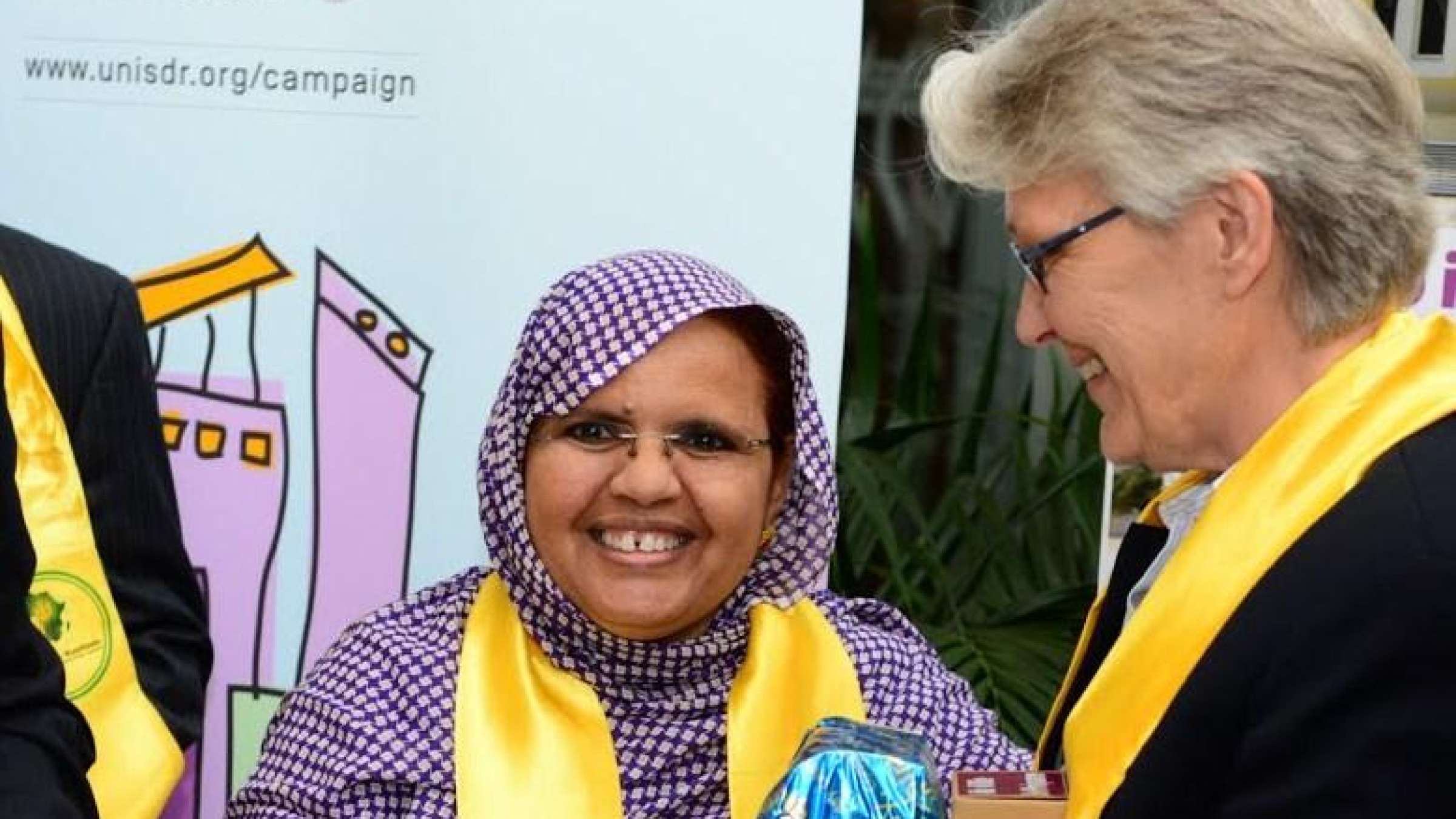 CAIRO, 24 July 2013 - The Mayor of Tevragh-Zeina municipality in Nouakchott (Mauritania), Ms. Fatimetou Mint Abdel Malick, has been named Champion of the “Making Cities Resilient” campaign in recognition of her commitment and dedication to make her city more resilient to disasters.

“This appointment is a source of pride for the Arab Region as a whole and my own country Mauritania, but also for all African women and local representatives in general,” Ms. Abdel Malick said.

Individuals can be recognized as Champions if they mobilize others to adopt disaster resilient thinking and behavior; influence policy so that laws or other policy measures are passed to reduce disaster risk; convey messages to at-risk people in ways that reduce those people's vulnerability to disaster; and show extraordinary commitment to the "Making Cities Resilient" campaign.

Ms. Abdel Malik is the first woman to take office as a Mayor in Mauritania. She was also elected President of the Women’s Network of Mayors in Africa during the Africities Summit in Dakar, December 2012.

Her municipality, Tevragh-Zeina, is one of the nine municipalities of Nouakchott, the administrative and political capital of Mauritania. It has around 60,000 inhabitants and hosts some of the main socio-economic and administrative infrastructures and the capital's market. The city faces several challenges including a lack of vegetation, desertification, sea level-rise, fragility of the offshore bar, construction in flood-prone zones and lack of a sanitation network.

As a Mayor, Ms. Abdel Malik has advocated for reducing disaster risk and has engaged citizens in her community for this purpose. Under her leadership, the municipality has assigned a specific budget for disaster risk reduction, invested in critical infrastructure, set up building permits for at-risk zones, and organized numerous campaigns to clean up the city and protect the dunes with the help of schools, youth groups, women groups and the population at large.

Highly exposed, the territory of Tevragh-Zeina has a sandy and fragile coastline, 40km long. Coastal dunes have been weakened during recent decades due to the loss of vegetation cover and overexploitation. Thus, Ms. Abdel Malik is working to protect the coastal sand dunes to combat the effects of sea incursions, which could lead to floods and the submersion of several parts of the city.