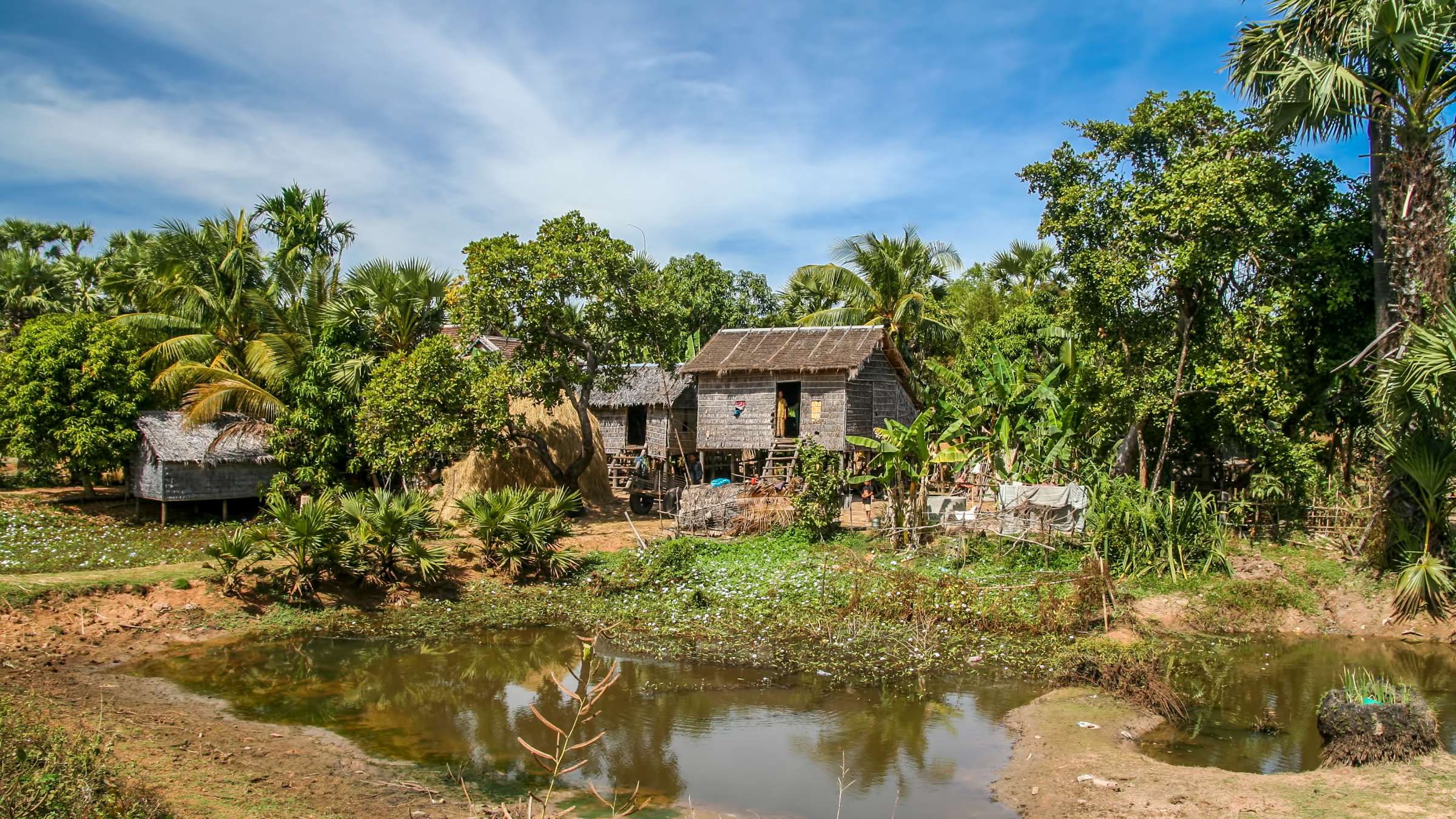 International community efforts to address disaster risk reduction were consolidated in 1990 through the implementation of frameworks and agreements among countries that were largely motivated by the occurrence of devastating events that caused massive human and material losses in the second half of the 20th century. The RAR brings to light how international agreements have been strengthened over the past 30 years, transforming the notion of risk and stressing the importance of identifying disaster risk drivers in order to achieve sustainable development.

That path towards the consolidation of international agreements began in 1989 with the implementation of the 1990-1999 UN International Decade for Natural Disaster Reduction (IDNDR). Fostered by scientists from the natural sciences, it was the first systematic effort made by the international community to reduce disasters, expand knowledge about threats of natural origin, and thereby reduce disaster occurrences. The RAR reveals how, over the previous decades, Latin America and the Caribbean had been undertaking research from a social sciences perspective and had produced vast knowledge materials based on the motto “disasters are NOT natural”, embarking on the path towards including in international agreements the idea of human action as a driver of disasters and a creator of risks in subsequent international agreements.

Faced with implementing the IDNDR, according to RAR, it was not enough to strengthen capacity once the disasters had taken place, but it would instead be necessary to adopt the vision of preventing and mitigating the effects of disasters by using a participatory approach with the affected communities. As a result, the Yokohama Strategy for a Safer World[1] was established in 1994 with the aim of lending further impulse to DIRDN from a prevention perspective and based on the need for countries to prepare plans and strategies with which to approach the subject.

“The private and public sectors must work together. There are resources that one may have that can be shared with the other if they join forces and cooperate to maximize the efforts made to reduce disaster risk.” Lizra Fabien, Executive Director, Dominican  Industry and Business Association (DAIC, acronym in Spanish) and member of ARISE

The report underscores Latin American contributions to these international agreements in terms of strengthening the notion that disasters are not natural events per se but rather the result of the interaction between society and nature. A pioneering concept given that the IDNDR was only geared towards researching natural threats. On one hand, the 1994 Cartagena Declaration set forth the tenets that became the cornerstone for building the notion of current risk that underpinned the Yokohama Strategy. The 2004 Manizales Declaration, on the other hand, emphasized the need for new forms of governance and for mainstreaming risk management in all other development agendas.

The 2005-2015 Hyogo Framework for Action (MAH) adopted these postulates introducing the concept of underlying disaster risk factors, meaning the inadequate environmental management, absence of land use planning, inadequate social and economic development practices, and the growth of cities, amongst others. The analysis undertaken through RAR reflects that, although progress was made in incorporating risk as part of the issues of public investment, financial planning, and institutional frameworks, the MAH Framework had great gaps in terms of generating reliable information regarding disaster losses and in providing evidence of what actions were being taken by governments to reduce the underlying disaster risk factors.

The international framework currently in force, the 2015-2030 Sendai Framework for Disaster Risk Reduction, combines lessons learned with the progress made in the subject area and is complemented by development agendas such as the 2030 Agenda for Sustainable Development. According to RAR, the Sendai Framework incorporates MAH achievements and acknowledges that these were insufficient, given the large number of disasters that took place and the increase in associated losses and damages. According to RAR, the Sendai Framework represents the consolidation of progress made at the international level in understanding risk by introducing the concepts of corrective, prospective, and compensatory risk management whilst prioritizing risk governance and the need to rebuild better.

“The Sendai Framework provides an integrated vision of development, highlighting the need to understand disaster risk in a broader sense and adopting issues that earlier frameworks had not processed.  It emphasizes planning and the addition of new stakeholders, such as migrants, people with disabilities, and gender groups from the standpoint of capacities, so that they are no longer the passive subjects of policies but are now playing a key role." Raquel Lejteger, architect specializing in disaster risk management, consultant to the United Nations, co-author of the RAR

The RAR asserts that the search for alliances and the work done jointly with multiple sectors have been a priority for the region. It emphasizes the establishment of civil society networks and groups to foster risk management, particularly concerning the establishment of mechanisms such as early warning systems and post-disaster activities. The Central American Centre for the Prevention of Natural Disasters (CEPREDENAC) and the Caribbean Disaster Emergency Management Agency (CDEMA) are examples of such mechanisms.

“The question is how to get relevant development stakeholders, both the government and the private sector, to incorporate the topic of risk management is a significant from two points of view: to recognize the positive effects that risk management may have on the public service being rendered in terms of the profitability that may be gained and for it to be recognized as a contributor to national development.” Carlos Picado, Chief, Strategic Development Unit, National Emergencies Commission (CNE) of Costa Rica

The RAR also highlights the consolidation of alliances with the private sector during the Sendai Framework implementation period, such as the Alianza del Sector Privado para Sociedades Resilientes ante Desastres (ARISE)[2], a first systematic and long-range step towards incorporating this sector for the benefit of disaster risk reduction, in areas such as investment and resilient infrastructure, the establishment of disaster insurance, and work with Small and Medium Enterprises (SME).

“The ARISE network is a private sector alliance for reducing disasters that acts to mitigate disaster risks, so that the onus lies not just with the government. More and more countries in the Caribbean are seeking to join the ARISE network.” Lizra Fabien, Executive Director, Dominican Industry and Business Association (DAIC) and member of ARISE 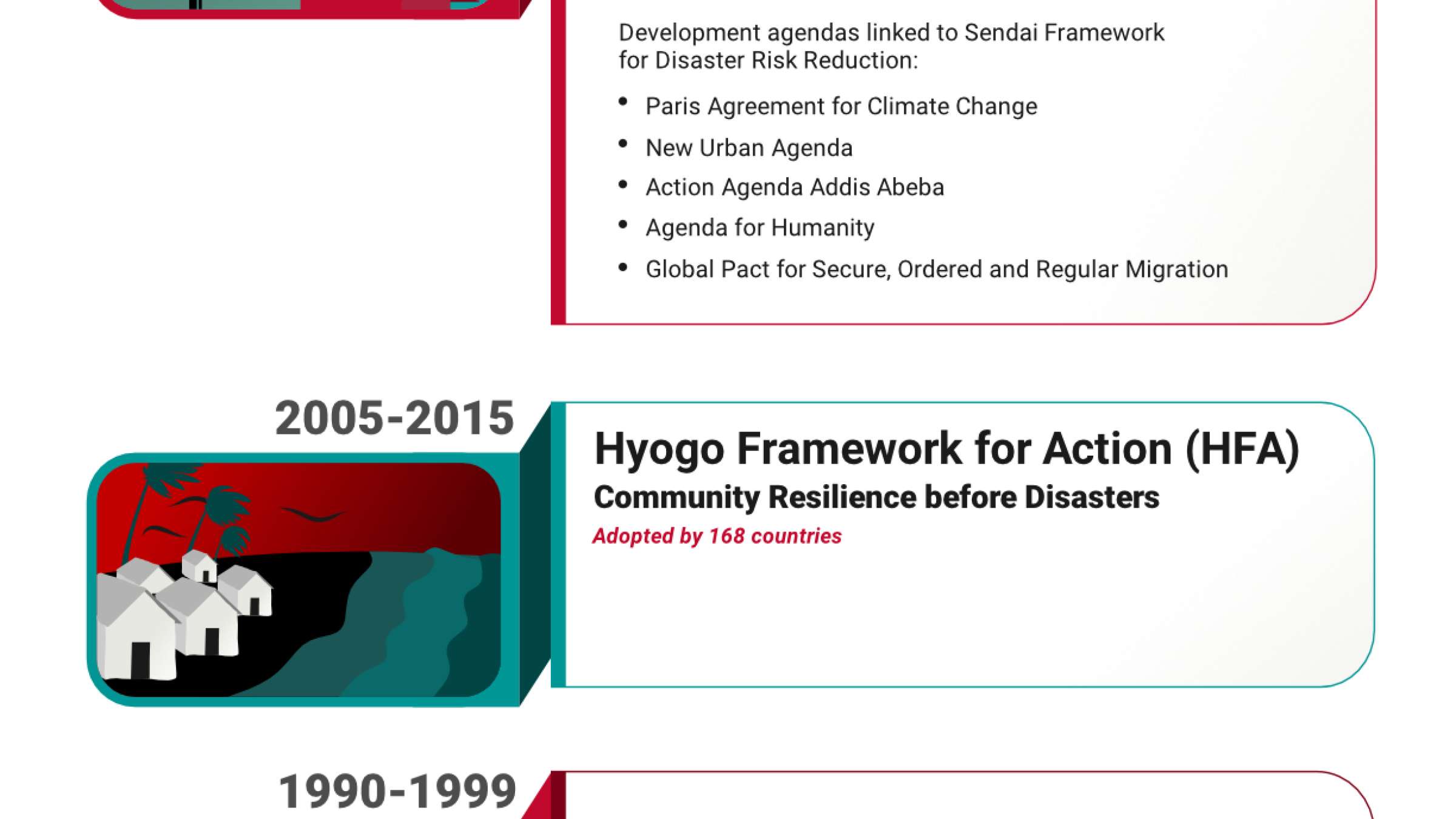 The RAR indicates that significant progress has been made internationally to incorporate lessons learned in understanding risk, the processes that underpin its creation and accumulation, and the establishment of alliances among other sectors of society to reduce the risk of disasters. Nonetheless, the report also signals that actions undertaken by governments have not tackled the underlying sources that continue to feed the construction of risks. The great challenge over the coming years that is being highlighted in the report is that countries need to redefine their commitment to the actions recommended in the Sendai Framework, especially with respect to the crisis scenario left in the wake of the COVID-19 pandemic.

[1]During the World Conference on Natural Disaster Reduction held in Yokohama, Japan, in May 1994.

[2] “(…) this is a network of 19 national private sector networks and 2 sub-regional networks (Central America and the Caribbean) in the region. It represents hundreds of companies in all sectors and provides room for capacity building, tool sharing (i.e., COVID-19 Small Business Continuity and Recovery Planning Toolkit) and good practices, while also fostering dialogue within the business sector and among the public and private spheres.”, RAR.